Take a look at the top 10 sneaker collaborations of the year below. Stay tuned at Nice Kicks and the Nice Kicks Awards for more.

Stussy could do no wrong this year. The Californian-based brand tapped into comfort by releasing a trio of collaborations. Recently, the Stussy x Nike Air Force 1 was on everyone’s radar as the “Fossil” and “Triple Black” colorways accentuated the premium materials and the stitched Swoosh. Stussy also reworked the Nike Air Zoom Spiridon Caged 2 and the Spiridon KK as a nod to Nike heritage.

In essence, simplicity and functionality took over on every single silhouette Stussy reworked.

Where to Buy the Stussy x Nike Air Force 1 Low

Teddy Santis’s Aimé Leon Dore is commonly referred to as the modern Ralph Lauren as the Queens staple serves as a beacon for timelessness aesthetic paired with premium quality.

The colorful 827 speaks to the modern trend as runners continue to transcend streetwear, fashion, and the everyday sneakerhead. The New Balance 1300, which was up for preorder a few months ago and will see a wider release in 2021, features a textured upper and an aged midsole for a classic look. Finally, the New Balance 550 collaboration brought vintage basketball NB heritage to the forefront as ALD continues to bring the best of its partnerships.

We know what you’re thinking. We ranked the “sneaker of the year” too low. Despite its resell allure and premium quality, the Dior x Air Jordan 1 collection didn’t hit like it was meant to. There’s no denying that the collaboration speaks volumes about the reach sneakers can stretch to.

The Dior x Air Jordan 1 is a symbolic representation of the sneaker world and the future it beholds. Luxury is no longer a foreign concept as the power and gravitational pull of sneaker culture, and the Air Jordan 1, is found all over: influencers, pop-culture, and now prestigious fashion houses. The Dior monogram on the Swoosh and the subtle hues that speak toward Dior followers is a great entry point for the future of sneaker collaborations.

If COVID-19 had gone differently, Dior’s planned release experience could’ve moved the collaboration up the ranks. Nonetheless, the Dior x Air Jordan collection is a glimpse of what the future holds.

Where to Buy the Dior x Air Jordan 1 High

Where to Buy the Dior x Air Jordan 1 Low

Virgil Abloh certainly made headlines all year long. As far as sneakers go, the OFF-WHITE partnership progressed exponentially as Abloh worked his signature magic on the Air Jordan 4 and the Air Jordan 5.

The OFF-WHITE x Air Jordan 5 kicked the year off as the sneaker was one of the main events at All-Star Weekend in the Windy City. The deconstructed style of Abloh slimmed the Air Jordan 5 and made it more appealing to the eye.

Abloh and Jordan Brand continued with the hits as the women’s exclusive-Air Jordan 4 “Sail” became the shoe of the summer. The neutral hue was a must for everyone. Abloh and SNKRS blessed a lucky number of women as a SNKRS Shock Drop exclusively for women was available ahead of the general release.

The Air Jordan 5 came full circle for the partnership as the OFF-WHITE x Air Jordan 5 “Sail” arrived as an homage to the Air Jordan 5 “Fire Red,” which celebrated its 30th anniversary by releasing with its OG Nike Air branding.

Where to Buy the OFF-WHITE x Air Jordan 5 "Muslin"

Where to Buy the OFF-WHITE x Air Jordan 5 "Sail"

Where to Buy the Union x Air Jordan 4 "Guava Ice"

Where to Buy the Union x Air Jordan 4 "Off-Noir"

Innovation and loud color combinations with premium materials elevated the Air Jordan 4 thanks to Gibbs and Union’s renowned ability to shake things up.

Salehe Bembury has taken the world of sneakers by storm. His passion for storytelling, tooling, and an appreciation of his surroundings continue to transcend across his projects. From his Yeezy days to his Versace day job, Salehe Bembury is making noise.

After months of teasing the sneaker, the antelope canyon inspired New Balance 2002R released in the fall. The colorful iteration captures the beauty found in the canyon while simultaneously reintroducing the New Balance 2002 to the general public, although modified on this collaboration.

Where to Buy the Salehe Bembury x New Balance 2002R

While many pre-COVID-19 sneaker releases have been forgotten, the StrangeLove x Nike SB Dunk remains at the forefront of everyone’s memory. The release of the Nike SB Dunk Low was a teaser of what the silhouette was slated for the rest of the year.

However, the high-quality execution of the collaboration from the translucent outsole to the buttery upper and even the subtle branding on the heel, tongue, and insole truly lived up to the skateboard shop and Nike SB partnership.

Where to Buy the StrangeLove x Nike SB Dunk Low

The J. Balvin x Air Jordan 1 High OG was more than a collaboration. The Colombian star became the first Latino to ever collaborate with Jordan Brand. Talk about one hell of a debut with the Air Jordan 1 as your first canvas. The multi-color and deconstructed-like pair is as vibrant as it gets as it matches Balvin’s style.

The sneaker was truly a cultural moment. Beyond the hype and discourse that flooded social media over the shoe, the shoe was loved and sought after like nothing else. From South America to Asia, J. Blavin and Air Jordan expanded their Wings with this stellar pair.

Where to Buy the J.Balvin x Air Jordan 1

The Chicagoan put New Balance on the map for All-Star Weekend as he had people lined up in the middle of February for a chance to purchase the pair. That’s more than just influence.

Whether you’re a New Balance aficionado or a devoted follower of JFG, the collaborative pair had something for everyone. while many New Balance 992s have released this year, no one did it quite like Joe Freshgoods.

Where to Buy the Joe Freshgoods x New Balance 992

Ben & Jerry’s brought the flavor this summer with the Nike SB Dunk Low “Chunky Dunky” release. The collaborative effort brought back the joyfulness in sneaker collaborations as wild colors and a range of materials such as cowhide created this pair.

The pair brought back the early-2000s nostalgia of Nike SB collaborations as creativity and risk-taking was mixed in with the iconic Nike SB Dunk low top.

Warren Lotas took the world by storm when he announced the collaboration of his Lotas Dunk with the almighty Jeff Staple and his signature Pigeon colorway that laid the foundation of storytelling, hype, and scarcity within sneaker culture.

Despite the applause it received on social media, Dunk purists and Nike didn’t receive the collaboration with open arms and resulted in Nike suing Warren Lotas.

Nonetheless, the Staple x Lotas Dunk sparked a conversation about creativity, originality, and much more. At the end of the day, all publicity is good publicity. 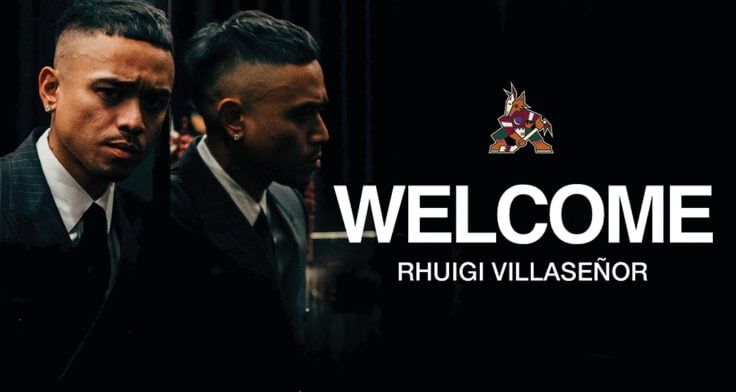