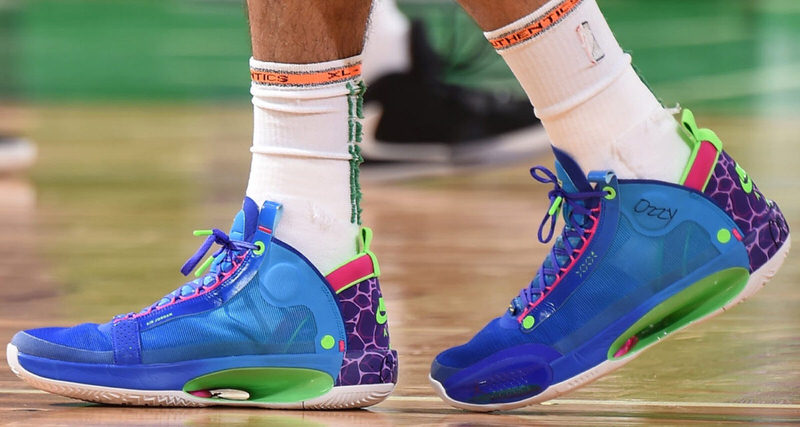 The 2019-20 NBA season is everything we hoped for and so much more. From the superstars dominating the game to a handful of surprises, this season has it all so far.

Although we’re only a couple weeks in, the players are already in midseason form with all of their kicks. This week featured a lot of color, unreleased gems, a spooky custom and a very red October. Take a look at the best kicks from the previous week.

Make sure to tune in next week for more heat.

+ Is the throwback Utah Jazz jersey one of the best to date? Let us know your thoughts on social media
+ adidas needs to release these ASAP

+ The details on these Kobe 4 PEs are unreal
+ It’s been over decade since the original Nike Zoom Kobe 4 Protro released. Learn more about its significance here

+Shoutout to Gary Harris for bringing these out on Halloween
+ What if Nike actually released these? Let us know your thoughts on social

+ The silhouette was popularized by Tim Hardaway Sr. back in the day
+ The 1997 release of the sneaker featured controversy as the Muslim community argued that the “Air” font on the back was too similar to the aesthetic of “Allah” in Arabic. The pairs were recalled and the 2007 retro featured the OG “Nike Air” branding on the back of the shoe

+The colorway is inspired by Kyrie’s late mother. Shoutout to Kyrie for the heartfelt message
+ Be sure to keep up to date with every sneaker Uncle Drew rocks this season here

+ Jordan Brand snapped on these AJ34s
+ The colorway is inspired by Tatum’s team, his son Deuce and his St. Louis roots