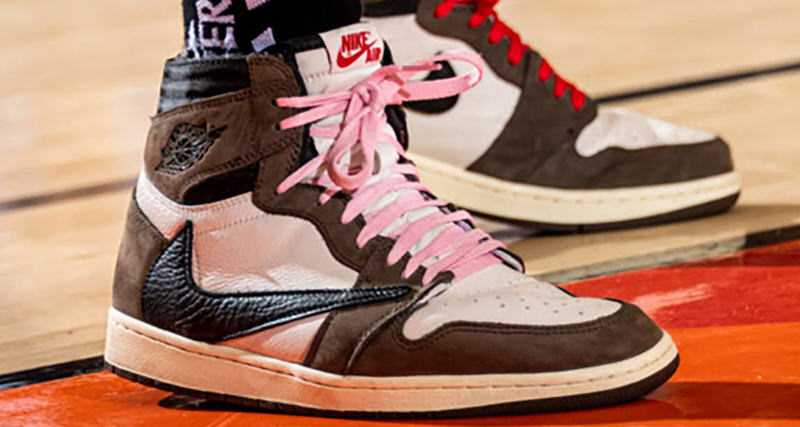 The 2019 All-Star Weekend took place in Las Vegas a few days ago and man oh man, the W’s biggest and best stars didn’t hold back from wearing some insane kicks. From an unreleased Jordan PE to the entire squad who lives under the sea, all eyes were on the ladies.

The Drew League also raised some eyebrows by bringing out some heat from the vault along with the potential shoe of the year.

Take a look at the list below, and let us know your favorites on social media.

+ The reptilian-esque upper on the Kobe 8 is a reflection of the Mamba and his killer instincts on the court
+ Kobe’s eighth signature model had some of the craziest colorways — which one was your favorite?

+ Bron has been bringing out some unreleased 3s. Is it time to open the vault?
+ The colorway was inspired by LeBron’s alma mater where he caught the attention of millions as a high-school phenom

+ The hometown All-Star brought the heat to the Skills Challenge in this unreleased PG 3
+ McBride rocked the “NASA” iteration not too long ago and now brought out this gem. We need to see an Aces-themed PG 3 PE soon

+ The New York Liberty hooper has been rocking some fire Kyrie 5s all season long. It’s only right that she donned the “ASG” pair in Vegas
+ The blue undertones on the lacefront and Swoosh go hard with that iced outsole and all-red upper

+ DeShields brought out the “Sail” iteration after hooping in the “Amarillo” colorway last week. Straight heat from Chi City
+ Will Jerry Lorenzo and Swoosh drop more PEs for the W or the upcoming NBA season? We sure hope so

+ Nurse brought out this unreal PE to the All-Star game. What else does the recent Jordan Brand signee have in her rotation? Stay tuned
+ Westbrook himself has mentioned some crazy colorways have yet to make it out. Could this be one of them?

+ Players from the W, The Drew League and Summer League have rocked The Greek Freak’s first signature shoe in some intense colorways
+ The PE gives off some “Greece” vibes to it. Are we going to see something similar for Giannis himself?

+ La Flame’s AJ1 looks a lot better on court with the swapped laces than they do sitting in a box
+ What’s the most hyped shoe you’ve worn to hoop in? Let us know on social media

+ The Phoenix Mercury All-Star center brought out every pair from the upcoming collection (she wore the “Sandy” iteration walking into the arena). The mismatched “Patrick” and “Spongebob” combo is tough
+ Learn more about the upcoming pack and its release date here