Lonzo Ball has had his name buzzing since he was getting buckets at Chino Hills.

While his growing game is worth talking about, his famous family and their Big Baller Brand have led most of the Lonzo headlines over the last few years.

Lonzo Ball Talks About Alan Foster From Big Baller Brand Stealing 1.5 Million From Him on ”The Shop” pic.twitter.com/KMm8lfxCoY

In a recent episode of The Shop, LeBron James hosted Zo along with the likes of Travis Scott, Pharrell, Seth Rogen and many others.

Allowing Lonzo to speak on his recent departure from Big Baller Brand, the young talent talked about how fatherhood has changed his perspective on life and how Alan Foster’s financial crimes against Zo and his family led him to cover his once league-banned BBB tattoo.

“I’ve known [Alan] since I was 12,” said Zo on The Shop. “People don’t understand when I bought my mom and dad a house he had a room in there. That’s why I covered the BBB up on my arm, because when I saw that I saw him and that shit just made me tight. When we looked at the transactions that shit didn’t start happening until my mom got sick because she took care of all the money shit. So that’s what really hurt me. That shit hurt me. I don’t even know what I’d do if I saw him right now. I ain’t seen him. When that happened everything just went off.”

Back in March, Lonzo cut ties with Big Baller Brand. LeBron James has already stated that he would welcome Zo to his home base of Nike.

Best of luck to Zo and props to him for looking out for his little one. Keep it locked to Nice Kicks for more on his next shoe deal. 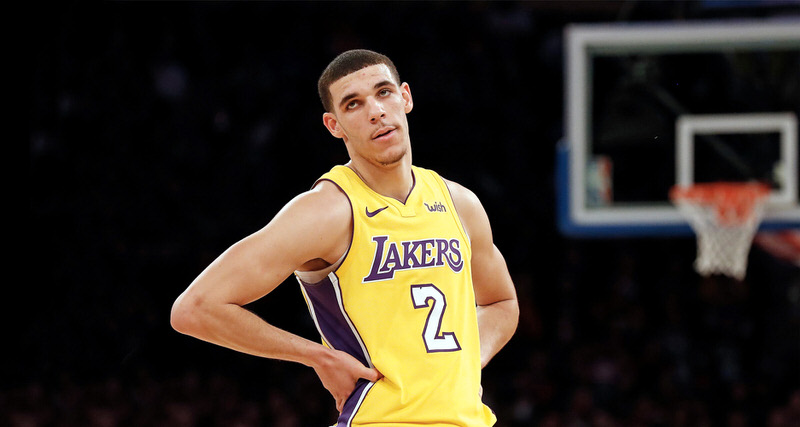