Lonzo, in a statement to ESPN, stated that Foster “used his access to my business and personal finances to enrich himself. As a result, I have decided to sever all ties with Alan, effective immediately.” Foster, who owns 16.3 percent of Big Baller Brand, has been friends with Lonzo’s father, LaVar Ball, for almost a decade.

Ball, who had recently come under fire when Lakers training staff asked him if his BBB sneakers were causing his injuries, has very quickly become a sneaker free agent. Before entering the league after going second overall in the 2017 NBA Draft, Lonzo was being courted by all the major sneaker brands. Now it seems as if he may be back where he started two summers ago. 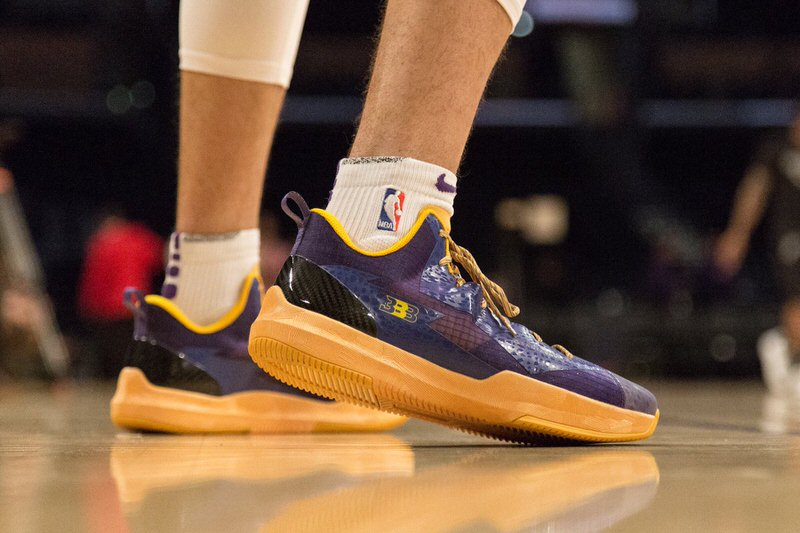 Lonzo went on to express that he was open to making minor adjustments to his BBB sneakers. Now it seems those adjustments won’t be necessary as Ball will very likely play in another brand moving forward. All signs point to Nike, which Ball has worn on the court throughout his two NBA seasons. His teammate and lifetime Nike endorser, LeBron James, says the Nike family would welcome Ball.

Spoke to LeBron James last night about Lonzo Ball and the Nike rumors. He was coy about that, but really proud of Ball overall. “I love the fact that he’s taking control of his sh–,” James told me. “That’s what was really, really dope to me.” https://t.co/7lAPL9S4qS

“Whatever the kid decides to do, whatever brand he comes with next — if it’s with Nike obviously we would welcome him,” James told The LA Times. “I would definitely welcome him. I love the kid regardless of what shoes he had on. But we shall see.”

James, too, praised Ball for getting out in front of his troubles and steering the narrative himself in lieu of allowing others to do so for him.

“I love the fact that he’s taking control of his [stuff],” James continued. “I mean, he is, that’s what’s really, really dope to me. Once I saw that story I just seen a kid turning into a man. ‘This is my career and I’m taking this. I done had enough with — whatever. I done had enough. Whatever. If I’m not going to be successful, I’m not going to be successful on my terms.’ I saw a lot of that. We’ll see.”