While Santa Claus failed to deliver Christmas jerseys for the full set of games, the players picked up the slack by rocking a festive amount of heat. Five games filled with unreal highlights and clutch moments were also accompanied by the league’s sneakerheads bringing their A-game to primetime.

Take a look at our special Christmas edition of Kicks On Court as we highlight the best kicks that hit the floor on Christmas Day. Take a look at the recap below, and let us know your thoughts on Instagram.

Be sure to stay up to date with everything Kicks On Court and NBA related here on Nice Kicks.

+ The strap on this adidas Harden Vol. 3 PE contains the names of Harden’s family members
+ Harden dropped 41 points, 7 assists and 6 rebounds against the Oklahoma City Thunder in a 113-109 win

9. Under Armour Curry 6 “Christmas in Town”

+ The super festive PE fits Westbrook’s’ eye-catching style
+ The Brodie was just shy of yet another triple-double as he recorded 21 points, 9 rebounds and 9 assists

+ KD is all about the money in the Scrooge McDuck-inspired KD 11
+ Durant had a loaded stat line of 21 points, 7 rebounds and 7 assists against the Los Angeles Lakers at home 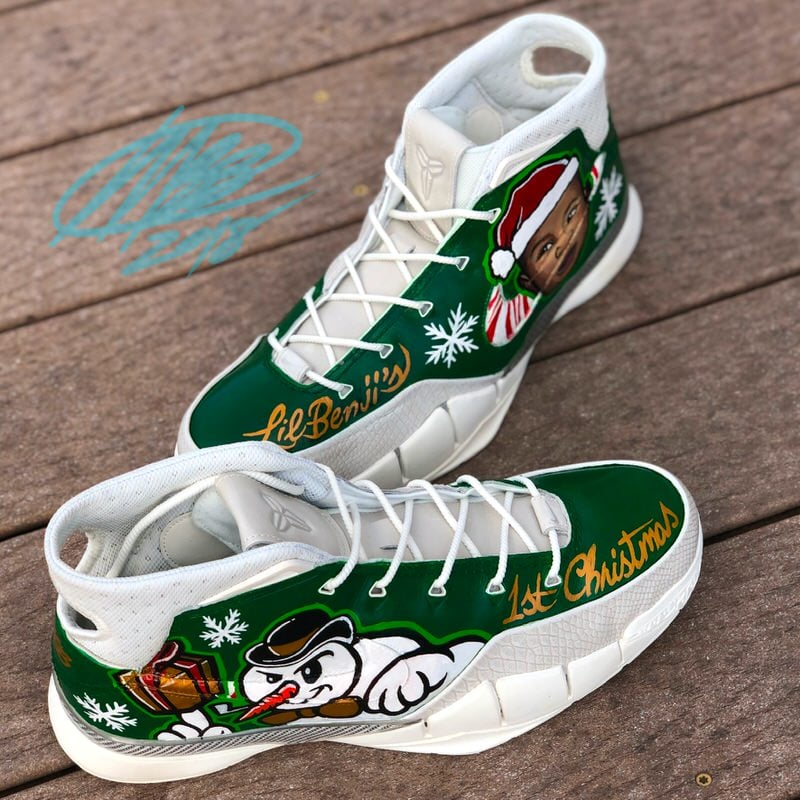 + Known from rocking everything from Pennys to Jordans, Marcus Morris put a Christmas twist on the “Fade to Black” Kobe 1s
+ The shoes are a tribute to his son Benji crafted by @bbsketch

+ Nike designed the LeBron X based off diamonds as it resembles LeBron’s legacy of a masterpiece after time, heat and pressure
+ The King dropped 29 points, 8 rebound and 9 assists when he debuted the pair as a member of the Miami Heat against the Oklahoma City Thunder back in 2012

+ Concepts and Nike continue their relationship as they collaborate on the newest member of Kyrie’s signature line
+ Kyrie went off as he dropped 40 points, 10 boards and 3 assists in a 121-114 OT win over the Philadelphia 76ers

+ Bron scored 17 points, dished 5 assists and grabbed 13 boards despite his early exit against the Golden State Warriors
+ The Nike LeBron 16 “SuperBron” is the first shoe in the #LeBronWatch campaign as it pays homage to the LeBron 3 “Superman” which Bron rocked on the way to Oracle Arena