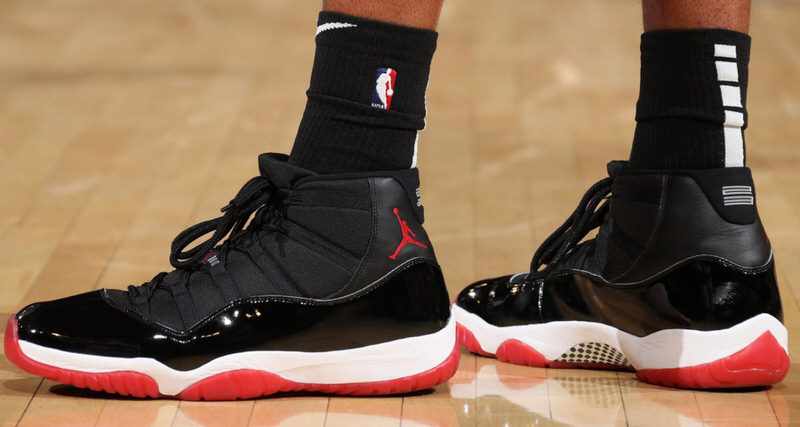 Following a festive hiatus, we’re back for the first Kicks On Court recap for the month of December.

Reigning Kicks On Court champ PJ Tucker shows us why he’s second to none, the Nike Zoom Kobe 4 makes a strong appearance and an upcoming holiday release graces the hardwood like it was originally designed to do.

Take a look at the pairs that made the cut this week. Be sure to follow us on our new handle — Kicks On Court — for exclusive content, nightly recaps and much more. See y’all next week.

+ Captain America vibes for Blake Griffin on this AJ34 PE
+ Jordan Brand focused on the essentials for the design of the Air Jordan 34. Learn more about the silhouette and see every pair rocked to date here

+ PJ is really putting some respect on the Huaraches. That’s real
+ This colorway is actually a retro release from ’04. Who still has their pair?

+ Word to Montrezl for repping LeBron James’ alma mater
+ Y’all feeling the white or green pair more? Let us know over on IG

+ Back in 2005, Nike LA held a contest in which kids designed colorways of the Nike Air Zoom Huarache 2K5 in which Kobe Bryant selected four pairs — one of which was designed by Mike hence the stitching of the name
+ Kobe wore all four pairs at the beginning of the 2005-2006 season

+ The King is embracing Los Angeles to the fullest
+ LeBron has been on his PE game like no other this season. Be sure to follow along here

+ The big man in San Antonio isn’t messing around. Who’s ready for the release next week?
+ Peep the progression of the AJ11 “Playoffs” here courtesy of the Nice Kicks crew

+ iD? PE? Sample? We need answers on this colorway
+ Take a look at every pair PJ has worn this season here