Despite February being the shortest month of the year, customizers from all over showcased their best work.

The Shoe Surgeon bodied yet another Air Jordan 1. The Chinese New Year was a muse for several artists. The future of basketball performance shoes even got some custom love. Although it was just 28 days long, the customs throughout the month of February were top notch, to say the least.

Excited to see what March and the ensuing months bring? Be sure to stay up to date with Nice Kicks for all of your custom sneaker compilations at the end of the month. Don’t forget to tag us in all of your custom pics for a chance to get featured.

+ The shoe is part of a collection where the Phoenix Suns paid respect to various aspects of Black History Month such as Kelly Oubre Jr.’s New Orleans’s jazz music-inspired Kobe’s
+ Oubre Jr. discussed his affinity for low-top shoes and the way it impacts his game and undeniable swagger

+ The resurgence for the inspiration via JAY-Z and Kanye West’s joint album comes thanks to the Nike LeBron 16 “Watch The Throne”
+ The pair comes with crazy details with the custom lace lock, python upper, floral print insole/laces and more

+ The custom is in collaboration with ACU, one of the first sneaker boutiques in China
+ The upper of the shoe was crafted with the help of 3D technology

+ This custom pair puts on for one of New York City’s most famous boroughs with its contributions to hip-hop, basketball and sneakers
+ The Swoosh overlay in a variety of colors pops on the all-white canvas for a clean finish

+ The Air Jordan 17 was worn by Michael Jordan as a member of the Wizards in his return to basketball during the 2001-2002 season
+ In celebration of the Chinese New Year, this Bruce Lee inspired AJ17 pays tribute to the Kung-Fu master as well as the historical influence of Lee within sneaker culture

+ The Shoe Surgeon cooked up yet another coveted AJ1 by using patent leather, mesh from jerseys and parts of the net from their practice sessions during their 2018 championship title onto the upper of the shoe
+ The pair is limited to only six in total representing the titles that The Bay has accumulated through its history

+ The Sk8-Hi is enhanced with a frontal lace system donned in leather that comes in a variety of colors
+ This one-of-a-kind custom was spotted at the AGENDA in Las Vegas. Feel free to take a look at the best shoes from the event here 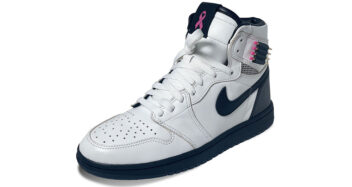 Ronald Jones’s My Cause, My Cleats Brings Awareness to Mothers Against Police Brutality 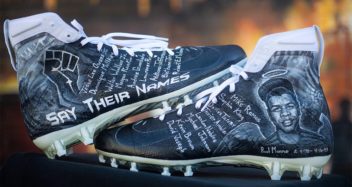 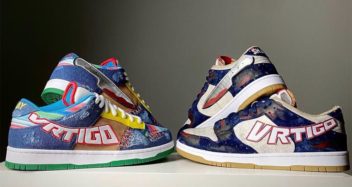 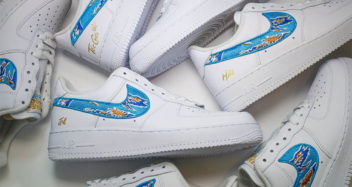