Air is what makes it good. Welcome to this edition of @nicekicks vintage sneaker history retrospective. In honor of the upcoming Skepta x Nike Air Max 97 collaborative sneaker set to debut this weekend, today’s article pays special tribute to a sneaker which serves as the impetus and motivation for their project – the 1999 Nike Air Tuned Max in the original Dark Charcoal/Celery-Saturn Red colorway.

Let’s set the stage for the era as the late 1990s were an amazing time in sports, sneakers and culture. You simply had it all. The political scene was filled with scandal. John Tesh’s NBA on NBC theme proudly played each week on their weekly telecasts. A plethora of sports rivalries also took place at the time including the epic Agassi and Sampras rivalry in tennis and McGwire and Sosa in baseball.

Regarding sneakers and sneaker culture at the time, the late ’90s saw Jordan Retro releases beginning with the AJ4 Retro at reasonable price points with high quality construction and original branding, the creation of the Alpha Project by Nike and the development of Tuned Air, touted as the next generation of Nike Air technology.

Nike was in a constant state of evolution and revolution, and that trend continued as Y2K approached leading into the next century. A leader in sneaker technology, innovation, design and aesthetics, Tuned Air was designed for the competitive runner in mind as it took the Air Max concept and modified it further, creating air bags with different pressures and strategically placing them throughout the length of the midsole.

Rather than offering a single-pressure air sole unit, the Tuned Max employed a total of 15 different, finely-tuned air bags for maximum responsiveness and comfort during foot strike. Interestingly, depending on shoe size, the air bags would be tuned to different pressures.

At an original retail price of $140 and weighing just 11.9 ounces, this model was hailed as the lightest Air Max ever produced by Nike. Also of note, the Tuned Max used other innovative technology as well including a seamless, one-piece upper composed of a synthetic leather and mesh, Phylon midsole with full-length Tuned Air and a BRS 1000 carbon rubber outsole. The Nike Alpha Project’s five dots can be seen at the heel symbolizing innovation, imagination and technology.

While some consider the Tuned Max to be a classic by virtue of its game-changing, highly innovative technology, this silhouette has yet to receive the retro treatment and possesses a sort of love/hate relationship among Nike running enthusiasts, collectors and the sneaker community in general which further adds to its allure and place in Nike running history.

Now, nearly 20 years after its debut, the Tuned Max is in part revived but with a twist, infused with the DNA the Air Max 97 featuring the TN’s original Charcoal/Celery-Saturn Red colorway. The AM97 remains one of the most iconic running silhouettes ever created and therefore the Sketpa release should be well received by the sneaker community and thus the Tuned Max’s spirit lives on.

Which begs the question: The OG Tuned Max, was it good for you? 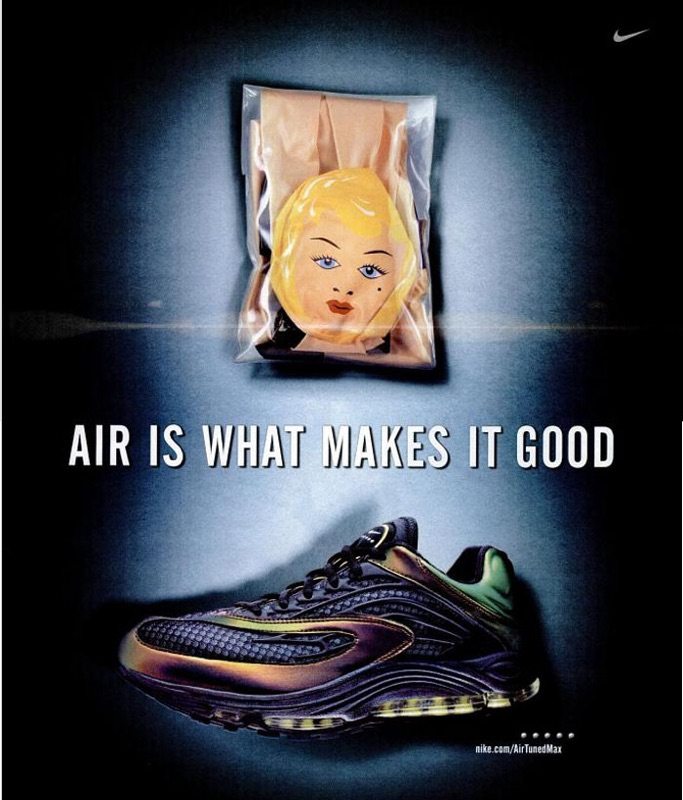