Discreet. Quiet. On the DL.

Unlike any other basketball shoe at the time, these came from out of nowhere and were made for Chris Webber, a man whose game was anything but quiet. Welcome to today’s Nice Kicks Throwback Thursday special Chris Webber edition, where we pay tribute to CWebb’s original signature sneaker: the 1995 Nike Air Max CW.

Donned for only a short stay, the Nike Air Max CW was worn by Webber during his tenure with the Washington Bullets. Featuring a high-quality leather upper, visible, thick Max2 heel air sole unit with 25PSI+5PSI chambers, a visible forefoot air sole unit, and iconic “Air Max” logo on the tongue, the Air Max CW was one of the most groundbreaking and forward-thinking silhouettes of its time, truly pressing the design envelope and bubble, both literally and figuratively.

The sneaker’s stunning and appealing provenance was also attributed to the use of the now defunct “CW” and #2 logos. From a greater historical standpoint, the CW served as the first Nike Air Max sneaker to feature visible forefoot Air Max technology, a revolutionary and groundbreaking achievement in its own right.

An OG-correct retro complete with two-tone OG-style Air Max box is long overdue but remains highly unlikely in the foreseeable future for myriad reasons. A truly pioneering and trendsetting silhouette, the Air Max CW remains as timeless today as compared to back in the day. 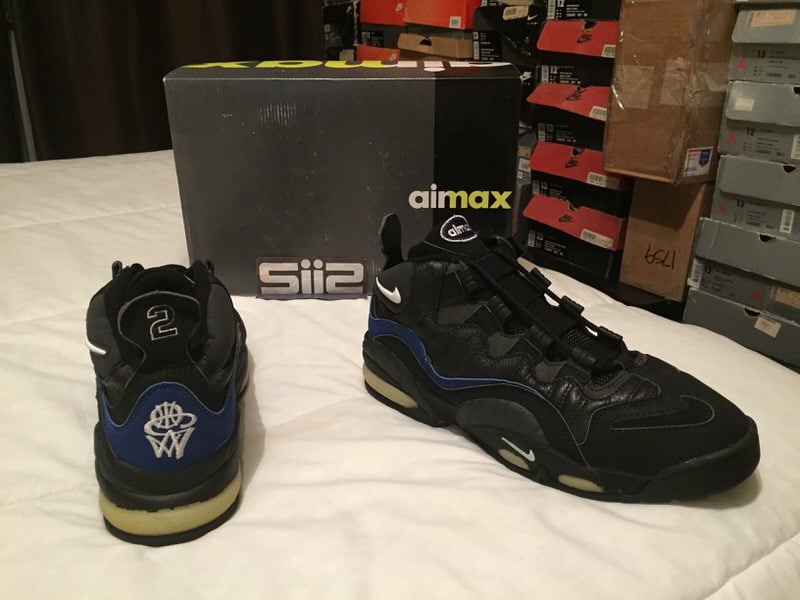 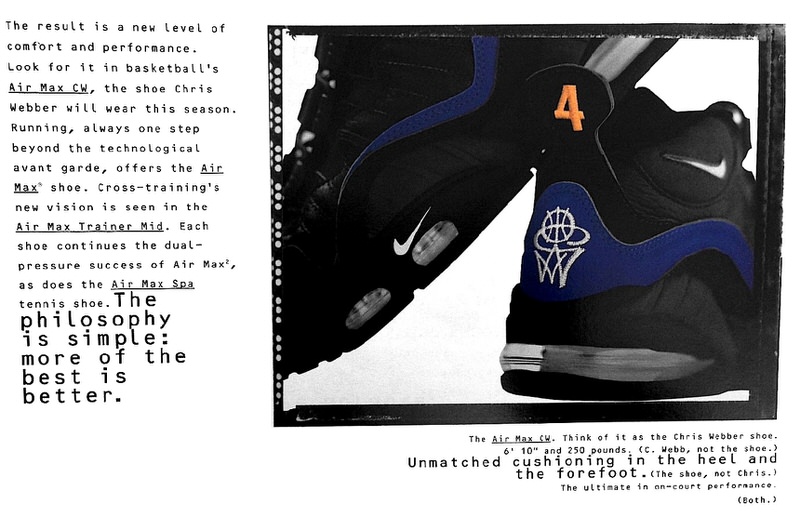