Welcome to the weightless environment of the Nike Flight Dimension and Nice Kicks’ Throwback Thursday. Today’s post pays tribute to one of the lightest basketball sneakers ever produced by Nike, the 1990 Nike Air Flight Lite.

The 1990s served as a gateway or entrance into a period when sneaker companies began developing new footwear technology in order to carry them into the next century, a stark departure from the archaic designs seen in years past. As athletes’ footwear demands changed, so did the technology available at the time. In the late 1980s, visible air made its long-awaited debut with the Nike Air Revolution. Shortly thereafter, large visible heel air sole units known as Air Max entered the marketplace with the debut of the Air Max 1. Additionally, the advent of the lightweight cross-training sneaker helped further increase the versatility of a silhouette across several sports, an avant-garde and highly innovative concept. The changing needs of basketball players and their footwear of the time continued to evolve as well. While a land of giants, the NBA began to see an influx of smaller, quicker guards infiltrate the sport.

Consequently, Nike developed a sneaker which was based on a lightweight design and offered maximum cushioning and protection without compromising weight, a critical asset of any sneaker designed for and worn by guards. Enter the 1990 Nike Air Flight Lite. With an original production date range of 11-1/90 (inside tag reads 901101PC8) and weighing just 15 ounces, the Flight Lite was hailed by Nike at the time of its release as the lightest basketball shoe on Earth. 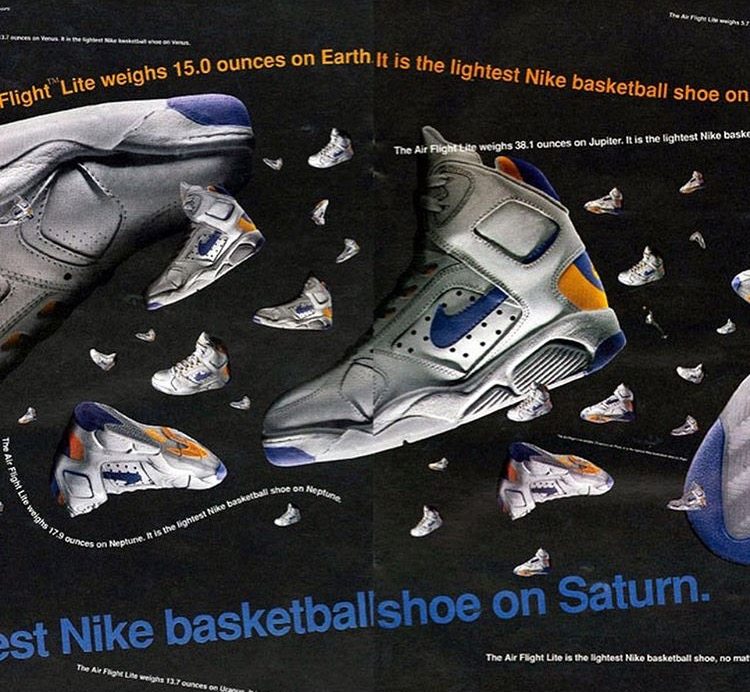 A popular silhouette, this model was worn on court by many NBA players, most notably Scottie Pippen, Rod Strickland, Gerald Wilkins, Kenny The Jet Smith, and big men including Xavier McDaniel. Interestingly, Nike Force spokesman Charles Barkley opted to wear the Flight Lite in a black/white colorway in lieu of his Force 180s at a 1991 Liga ACB game in Spain. The Flight Lite received additional TV time courtesy of The Fresh Prince of Bel Air himself, Will Smith, who wore the sneaker on set during filming.

Truly ahead of its time, the Flight Lite incorporated advanced technology including a full-grain leather upper, lightweight exoskeletal design, Ski-Lock heel and internal sockliner support straps, a Hytrel elastomer Lace-Lock system, full-length phylon midsole and encapsulated heel and forefoot air sole units. The silhouette came in low and high-top versions in either leather or Durabuck, in a plethora of colorways as well including the white/pure purple-black colorway seen here. 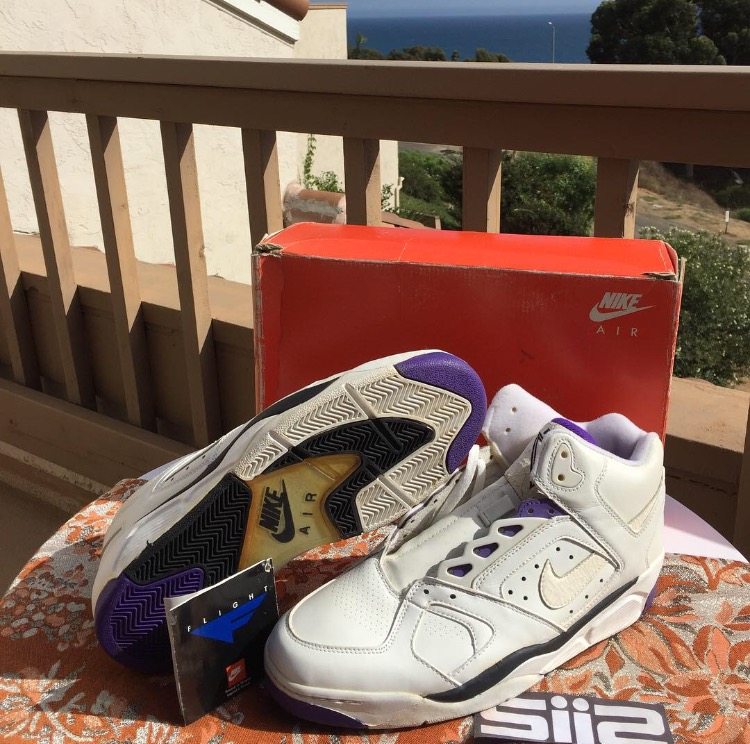 Movie trivia enthusiasts will remember that the Flight Lite was the sneaker of choice worn by Wesley Snipes’ character, Sidney, in the classic 1992 basketball movie, White Men Can’t Jump. A Flight Lite II version was released the following year and was worn on court by both Scottie Pippen and Chris Mullin throughout the 1992 Olympic Games in Barcelona.

While the Flight Lite received the retro treatment by Nike in 2008, the original version featured superior materials and construction, came with a Nike Flight booklet and the original two-tone orange and grey striped Nike box. Now, over a quarter century later, the Flight Lite remains a staple within the Nike Flight basketball series and served as an important predecessor for later mid-90s Lightweight Performance (LWP) models.

The 1990 Nike Flight Lite: one of the lightest basketball shoes ever made, no matter what planet you’re from. It’s pretty. It’s so pretty. 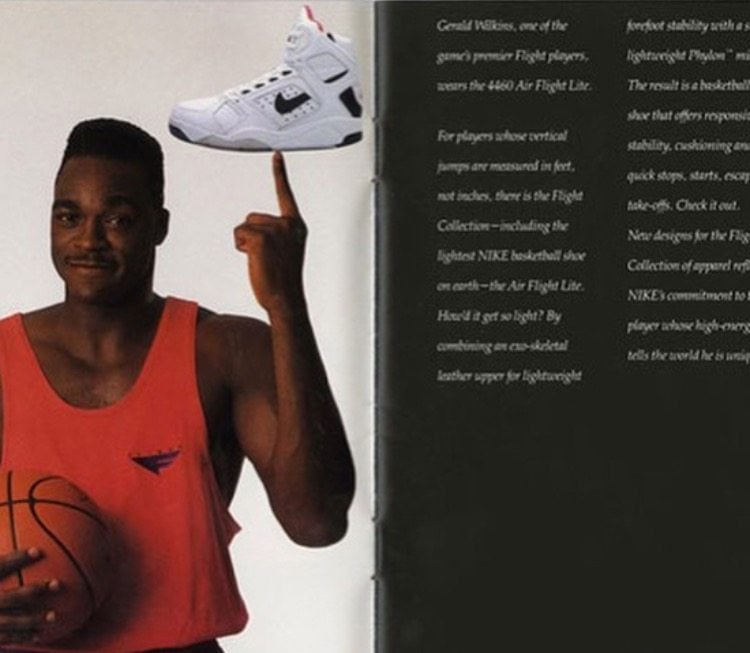 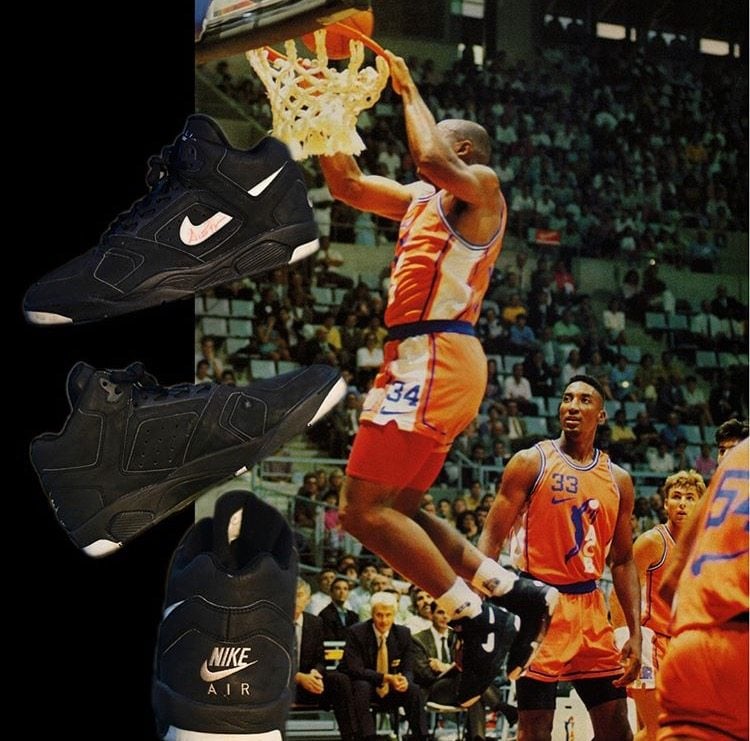