Catch me if you can.

Welcome to this edition of Nice Kicks’ Throwback Thursday. Today, we revisit the world of vintage turf training and one of the most iconic mid-1990s sneakers to ever grace the gridiron: the 1995 Nike Air DT Max. One of the most memorable Nike cross-training sneakers to have ever released, the Air DT Max served as the signature sneaker of Deion Sanders. An NFL Hall of Famer, 2X NFL Champion, 2X NFC Defensive Player of the Year and member of the 49ers and Cowboys’ mid-90s Superbowl teams, Deion’s flare, personality, and charisma are truly captured by this aggressive, bold and loud silhouette. 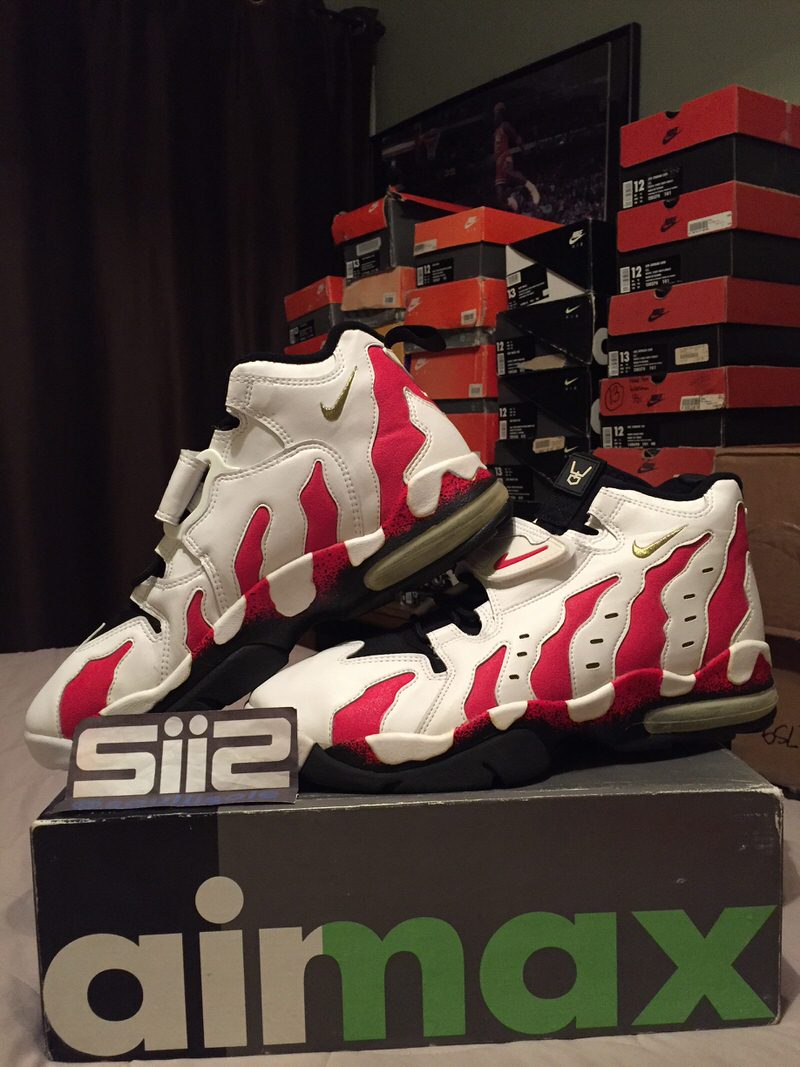 With a production date range of 8-10/95 (inside tag reads 950810STS), the shoes feature a thick, visible heel Max2 air unit with encapsulated forefoot air sole unit, an ankle strap for added support and stability, lateral outriggers, an aggressive outsole with tread designed for turf training and a Huarache inner-boot. To top it all off, the kicks came in their original two-tone Nike Air Max box. Upon closer inspection, one will appreciate the small Deion caricature located underneath the sneaker inside of the low-pressure 5PSI Air Max chamber as a further tribute to the man for whom the sneaker was originally designed. 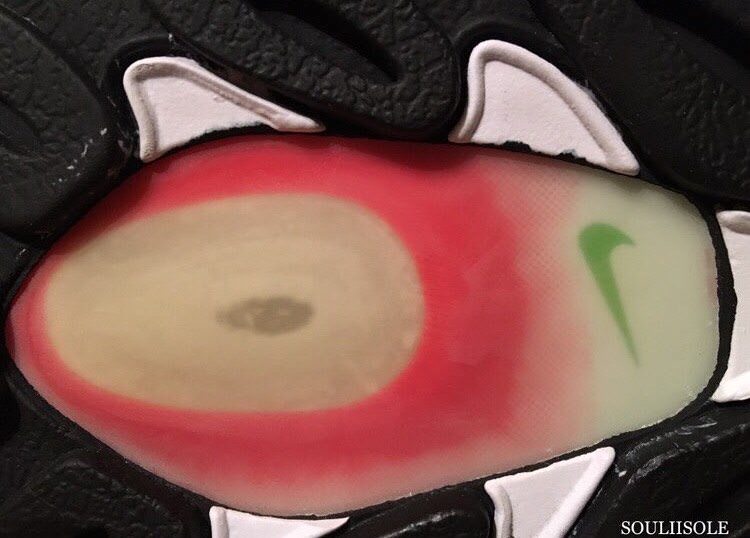 Nicknamed “Prime Time” for his high-stepping displays into the end zone and memorable touchdown dance celebrations, Sanders’ style and trademark flare was as bright and loud as Agassi’s spandex shorts. The first athlete to score a touchdown and hit a home run in the same week as well as becoming the first player to play in both a Super Bowl (49ers, 1994) and a World Series (Atlanta Braves, 1992), Deion achieved some of his greatest performances while wearing the DT Max including an 11-yard punt return and a 47-yard reception on offense en route to Dallas’ 27-17 Superbowl victory over Pittsburgh in 1995.

Sanders would go on to wear various Jordan PE models including Air Jordan 11 PEs as a member of the Washington Redskins and Cincinnati Reds; however, this silhouette strikes a chord with old school football fans to this day.

The 1995 Nike Air DT Max, sneaker of choice for High Stepping Prime Time. Catch him in the end zone, if you can.