Also known as the “Oreo” colorway, the Air Jordan 5 returns in a familiar colorway for the first time since 2013. The Air Jordan 5 “Moonlight” is set to drop via SNKRS and at select retailers for $190 on September 25th.

The New Balance 2002R is having its moment with limited collaborations and general release colorways selling out. J.Crew has partnered with New Balance on a 6 colorway collection that can adapt to any fit. They’re available for purchase starting September 20th on jcrew.com for $130.

Sometimes simple is better and for this upcoming colorway, a two-tone white and Grey Fog is all it needs. The Nike Dunk Low “Grey Fog” is set to drop on September 21st via SNKRS and at select retailers for $100.

The Air Jordan 1 has a multitude of colorways and iterations to it and this upcoming Air Jordan 1 can be cut down to a low with the perforated lines that surround the ankle collar. The Air Jordan 1 OG “Prototype” is set to drop on September 24th for $170 on SNKRS and at select retailers. 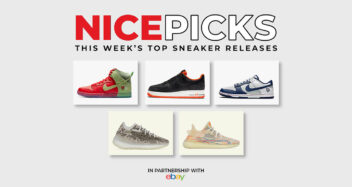 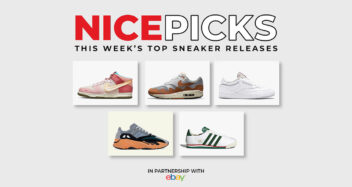 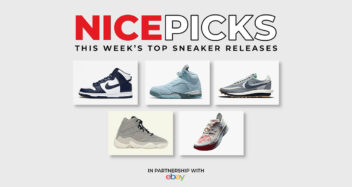 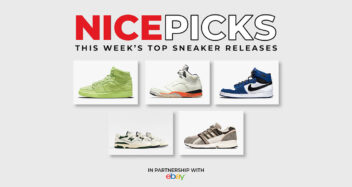