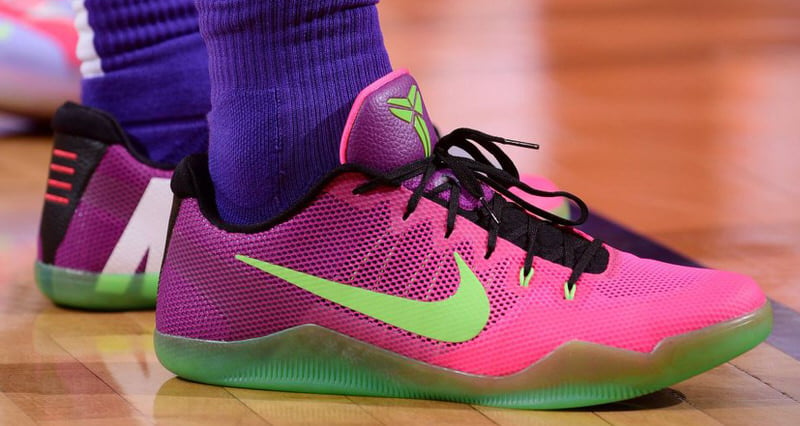 Los Angeles Lakers sophomore guard Josh Hart has made a name for himself on the court. The ‘Nova product has become a viable option for the very deep and very young Lakers squad. On top of that, Hart is bringing the heat out on the regular, similar to his teammates LeBron and Kuz.

In our latest installment of Kicks On Court, we take a look at some of the top shoes Hart has brought to the hardwood this season. Take a look at the list below and be sure to follow us and Kicks On Court as we document the best shoes throughout the season.

+ Amongst the first players, including PJ Tucker, to rock the unreleased pair on the hardwood

+ Inspired by Kobe Bryant jumping over a pool of snakes

+ A underrated member of the Nike Kobe Predator Pack

+ Inspired by Kobe’s love and passion for soccer

+ Nike cooked these up for Kobe’s 2011 Christmas series vs. the Chicago Bulls

+ An original member of the Kobe Predator Pack