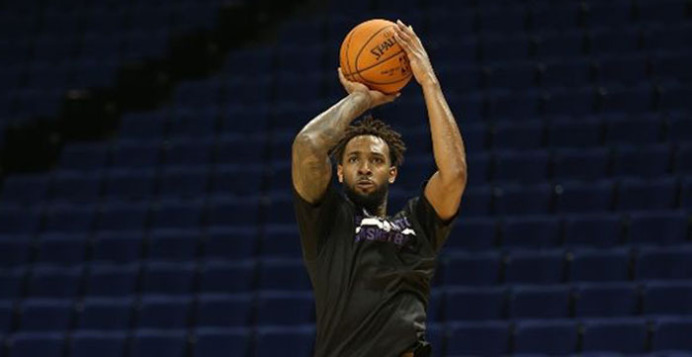 Since entering the NBA, Sacramento Kings forward Derrick Williams has proven to be a player to watch in terms of switching up his kicks on court regularly. The 2013 Kicks On Court Champion has worn sneakers, such as the “Dr. Doom” Foamposite Pro, the “Motorsport” Air Jordan XX3, the “Aston Martin” Kobe V and much more, over the years and it seems he’ll continue this year. We recently spotted Williams wearing the “Chaos” Nike Zoom Kobe V during the Nets vs. Kings game in China yesterday.

If you recall, the “Chaos” Kobe V was introduced on Christmas Day by way of Kobe Bryant’s feet in the Cavaliers vs. Lakers game in 2009. View Williams’ Kobes, plus Julius Randle’s player exclusives, in today’s edition of Kicks On Court.