Today’s Throwback Thursday revisits the end of the iconic ’90s hoops era and pays tribute to an old school Jumpman basketball sneaker that has remained locked away in the Nike archives, until now: the 1999 Jumpman Swift 6, signature sneaker of NBA All-Star, Rookie Game MVP and Jordan Brand athlete, Eddie Jones. 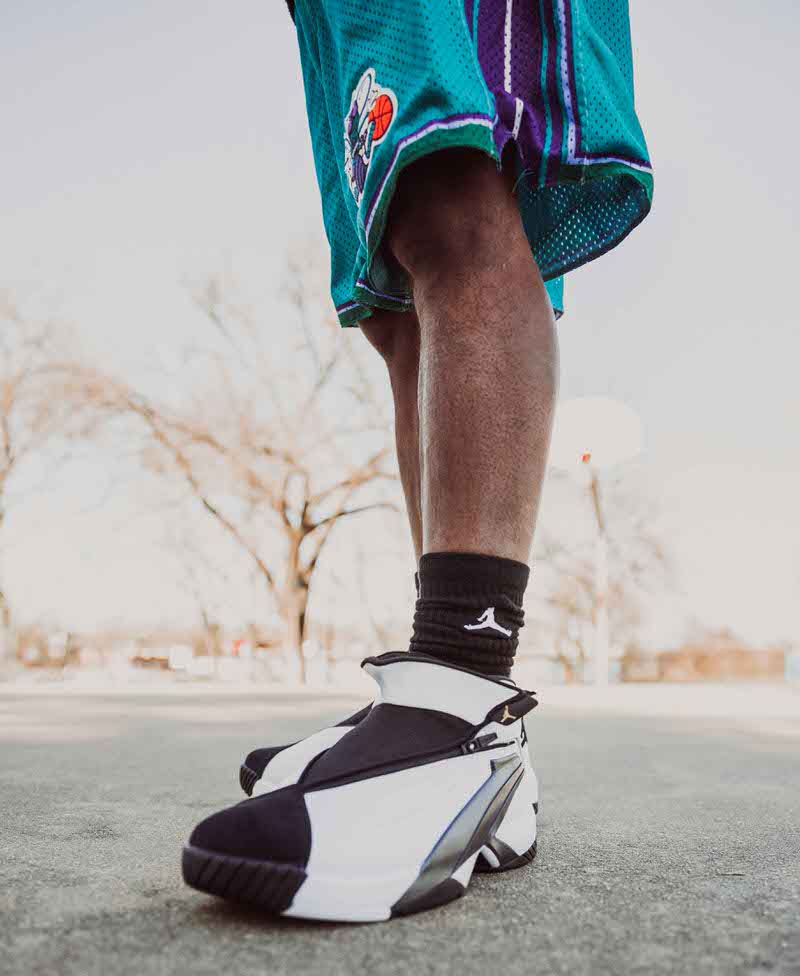 The Lakers organization was in a time of transition following the sudden retirement of Magic Johnson in November 1991, a moment which essentially marked the end of the Lakers’ Showtime era. After missing the playoffs during the 1993/1994 season, the Lakers were in search of a new star and leader to help guide the franchise back to the promised land.

As the game continued to grow and develop, a new type of guard emerged, a diverse, versatile athlete who could do it all: pass, score, rebound, defend, and make hustle plays. Jerry West, Lakers’ General Manager – a man with a great eye for talent – took one look at Eddie Jones, the 1994 Atlantic 10 Player of the Year. Jones had just led the Temple Owls to the Elite 8 in the NCAA tournament, and West immediately knew he saw something special.

Prior to selecting Jones as the 10th pick in the 1994 NBA Draft, West said the following of Jones: “We wanted the best pure athlete available, and Eddie was too good to pass up.”

Starting with his rookie year as a member of the up-and-coming mid-90s Los Angeles Lakers while wearing #25, Jones quickly became one the league’s most exciting young players in one of the largest sports markets, helping lead the Lakers back into the playoffs, helping restore a sense of pride in Laker Nation.

At the time, Jones served as a key cog on one of the NBA’s best young teams. During his third year in LA, Eddie was surrounded by a young nucleus of talented players and All-Stars including Shaquille O’Neal, Kobe Bryant, and Nick Van Exel.

As Jones’ visibility grew throughout the NBA, so too did his sneaker game. While many sneaker enthusiasts of the modern era remember with fondness EJ’s superb PE and sample game as a member of the Miami Heat, Eddie rocked a plethora of classic Jumpman models during the ’90s, most notably the 1997 Jumpman Pro, the 1997 Team Jordan, 1998 Jumpman Pro Quick, and the 2000 Team J.

However, Eddie wore yet another underrated Jumpman silhouette – the Jumpman Swift 6 – a pair which serves as the focus of today’s piece, a shoe which after 20 years, finally receives the retro treatment. 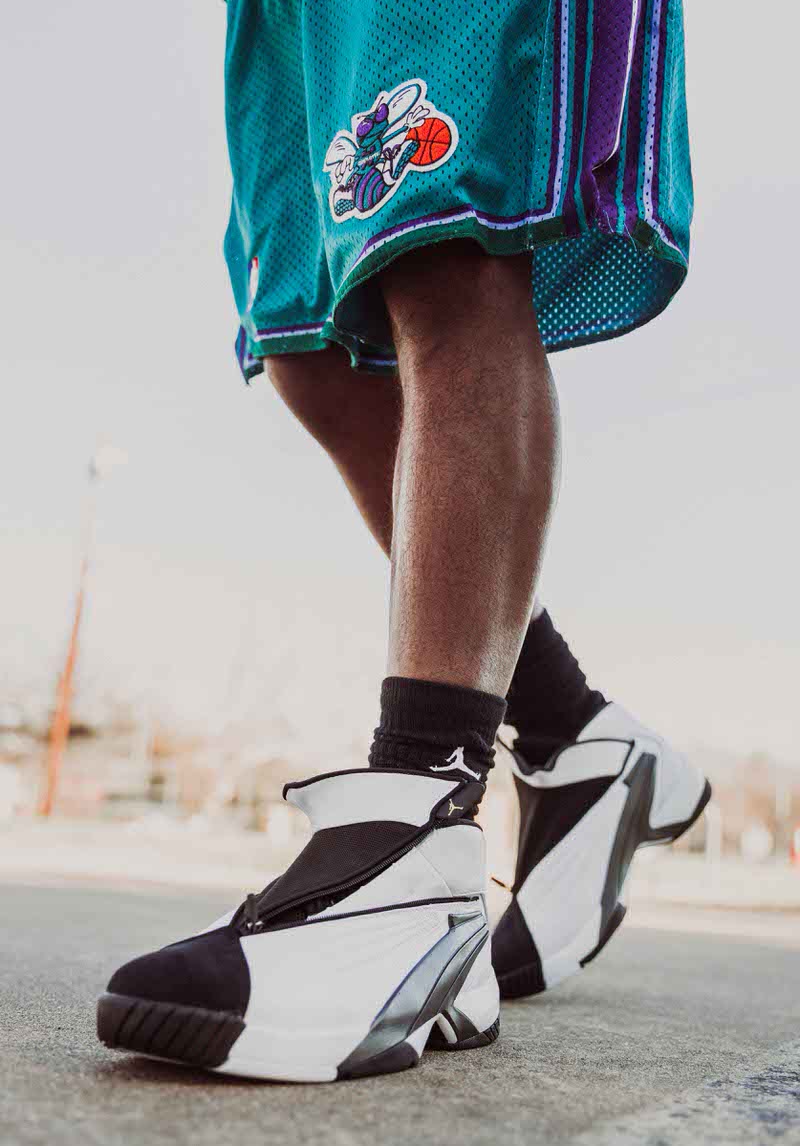 These models were worn by various Jordan Brand athletes including Derek Anderson, Vin Baker, and Eddie Jones, the latter who wore the Jumpman Swift 6 during the 1999/2000 season including at the 2000 NBA All-Star Game in Oakland as a member of the Charlotte Hornets, the third and final signature model in his official short-lived Jordan line.

The Jumpman Swift 6 enhanced Brand Jordan’s overall selection of footwear and served as a viable and affordable alternative to the more expensive signature Air Jordan model. 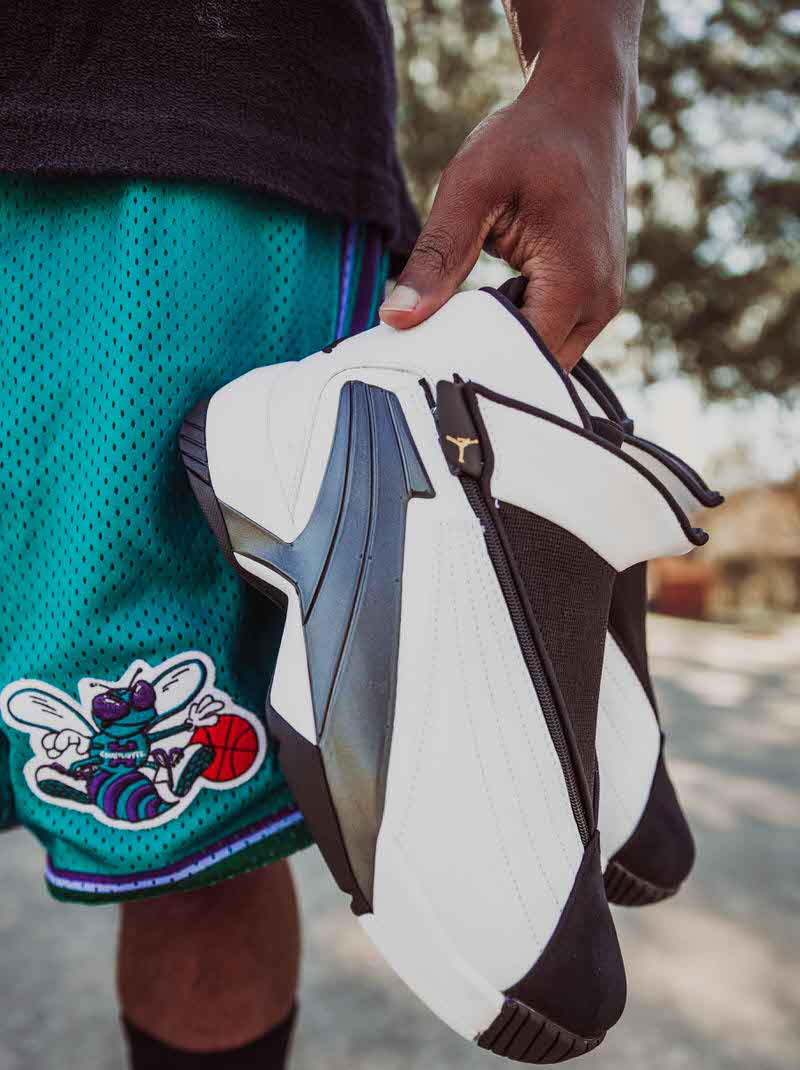 Furthermore, the letters “EJ” appear along the lateral aspect, a tribute to the player who wore them. Multiple original colorways released back in the day as well including black/white-Atlantis – a colorway also worn by Vancouver Grizzlies guard, Mike Bibby – as well as white/black-ozone. 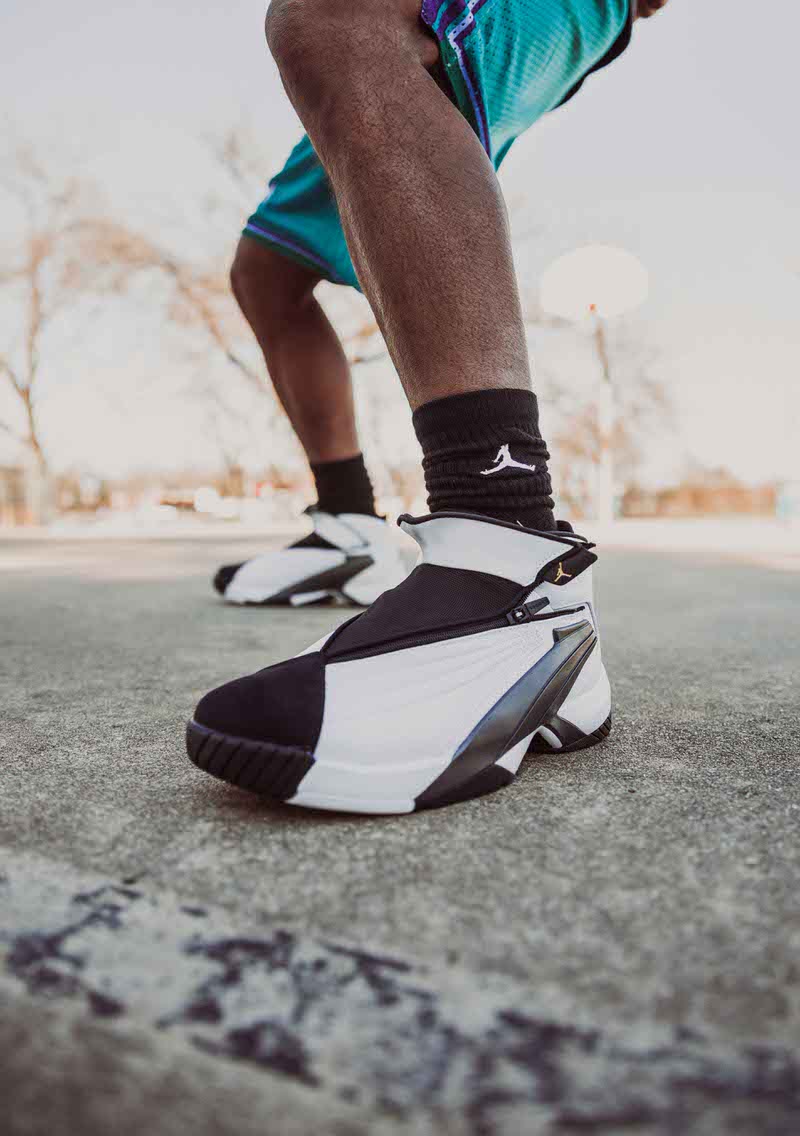 Once again, synthetic nubuck is used on the toe while a Phylon wing is incorporated on the medial and lateral sides for lateral support, design cues which also pay tribute to the Air Jordan 15, another underrated and polarizing late ’90s Jordan shoe. 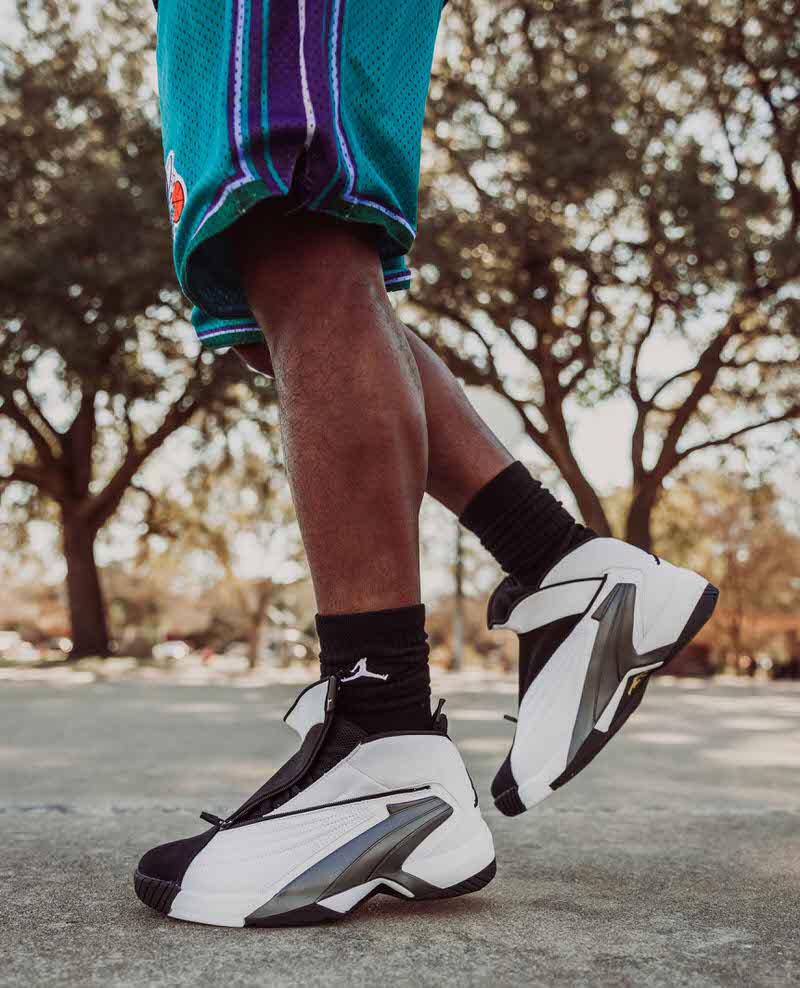 However, time will tell whether the retro release will allow this under-the-radar, low-key, yet high-performance Jumpman silhouette to re-assert itself as a staple in the Jumpman collection in the modern sneaker era. 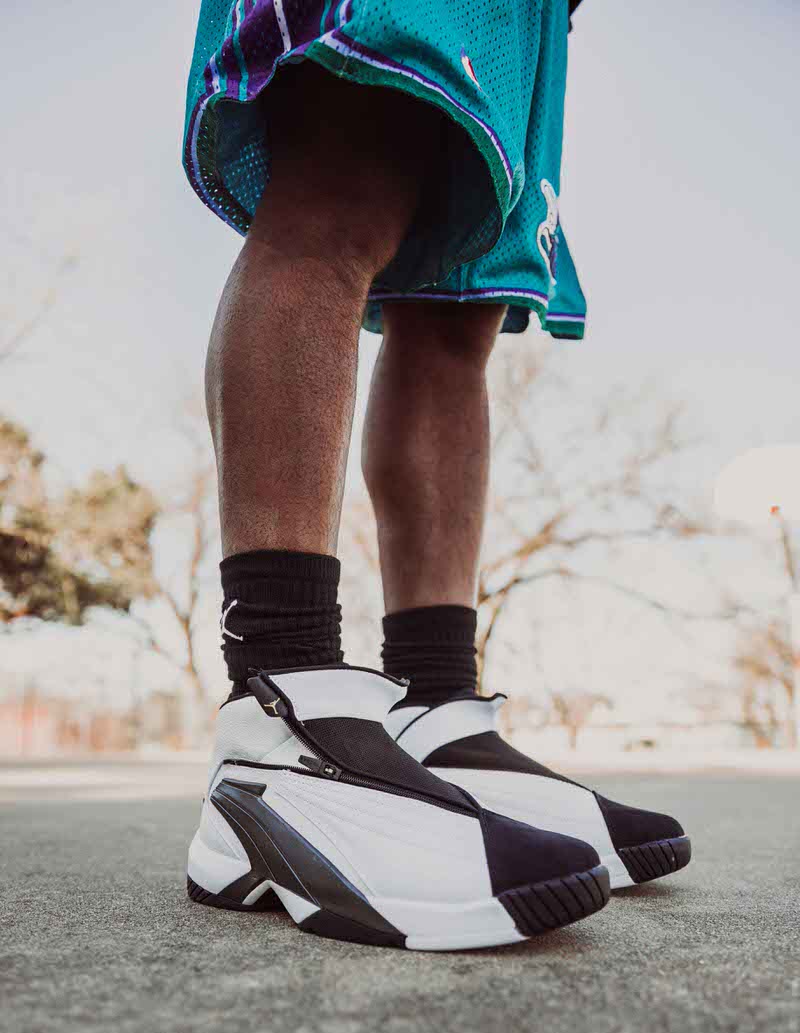 The Jordan Jumpman Swift 6 is available now at Finish Line. 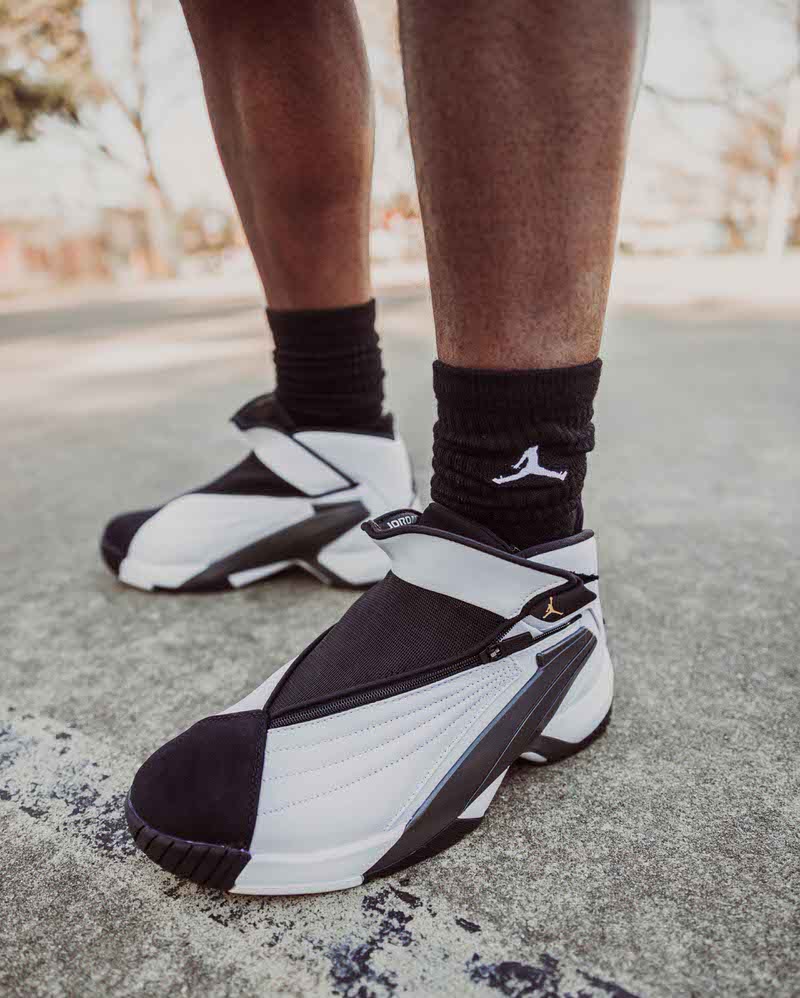 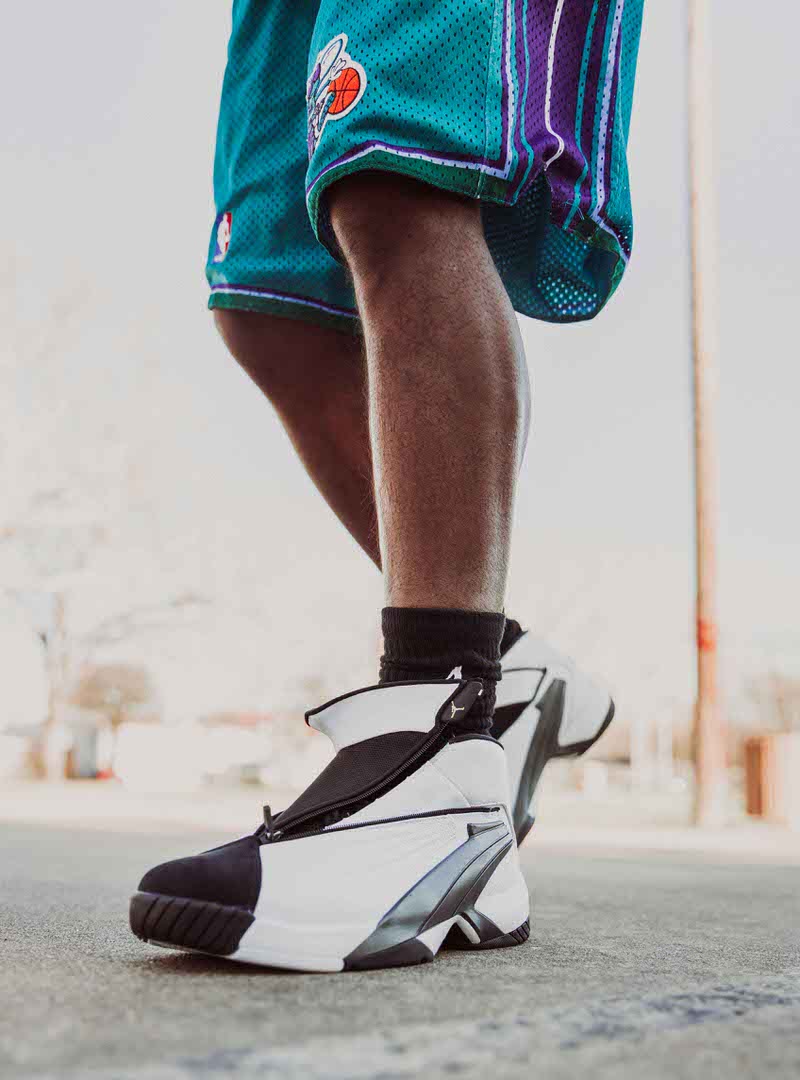 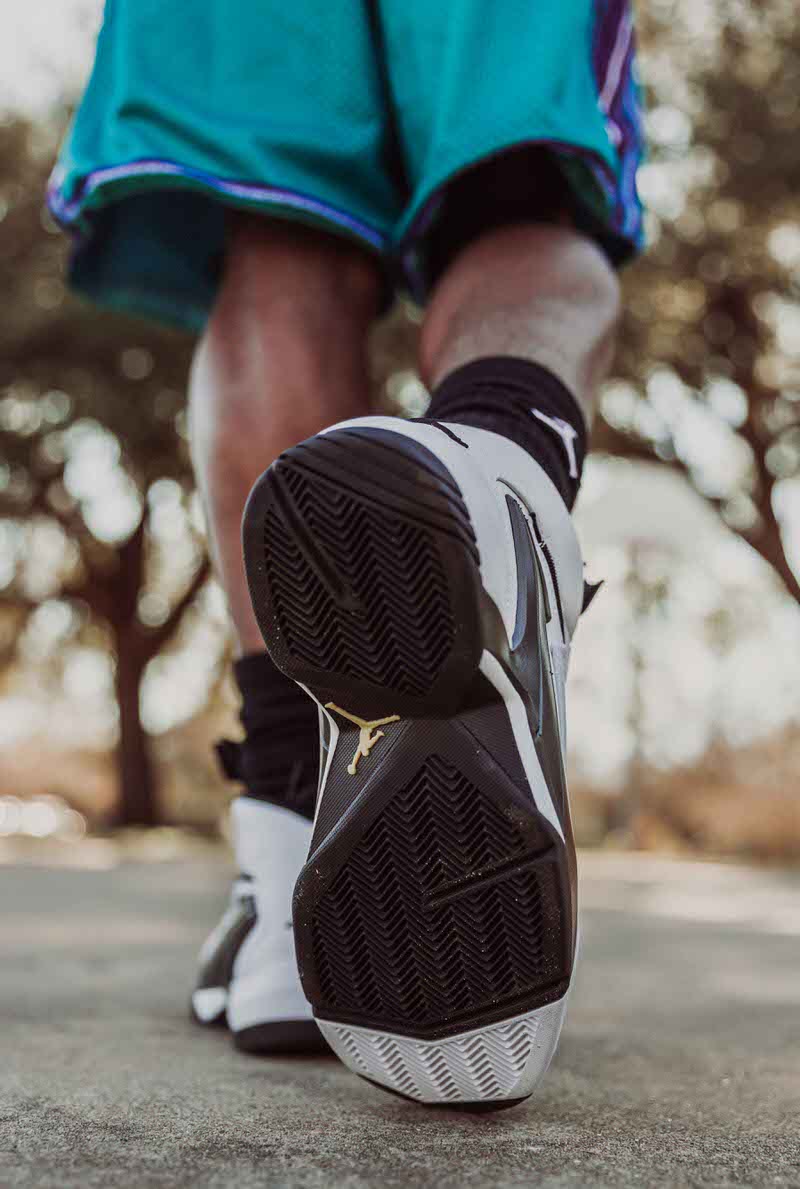