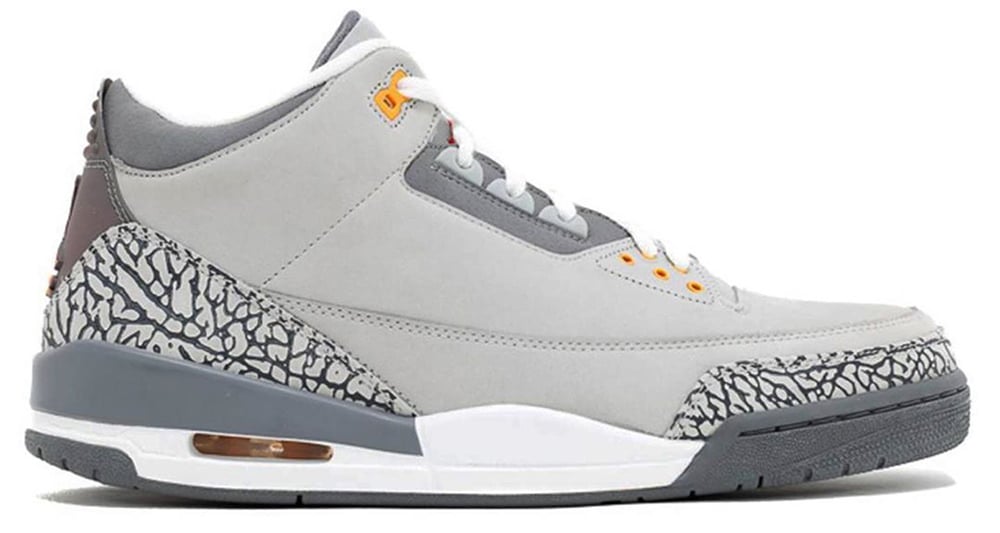 The last time the Air Jordan 3 “Cool Grey” released, the San Antonio Spurs were on their way to win another championship during their monumental 2006-2007 run. Since then, sneakerheads have been waiting for a retro of this classic colorway/sneaker combination. Luckily, recent teases hint of the sneaker’s return in 2021.

Michael Jordan’s third signature sneaker will return in similar fashion to the 2007 release. The construction of the upper is made up of grey leather, surrounded by hits of the classic elephant print on the toe box and heel. Additionally, the midsole and outsole are dressed in same grey and white, respectively. However, the tongue and heel will feature a red Jumpman. Along with the accents of yellow, the sneaker hopes to combine previous elements with a new sense of vibrancy.

The Air Jordan 3 “Cool Grey” is set to release in 2021, likely at a retail price of $190. Look for official photos to be released in the upcoming several months.