One could argue that outside of “Chicago” motifs “Cool Grey” is the strongest theme or nickname in the Air Jordan retro gamut.

The new neutral, “Cool Grey” offered something smooth in an era that was just about to embrace retro – and retro+/Non OG colorways at that – but also an era defined by the all-white Air Force 1.

The colorway never made its way to the Air Jordan franchise during Mike’s time in Chicago, but it still made it to the NBA on Money’s feet while he played in Washington. Pairing his return and last run along with the buzz of retro Jordans, you can see why this colorway made a splash and lasting impact on the Jordan franchise.

+ Smoking out the outsole but otherwise carrying over the same palette and patent formula, the Air Jordan 9 “Cool Grey” debuted in 2002 and was very well-liked just as the 11 was before
+ The “Cool Grey” theme was becoming an underground hit on the market with patent placement also happening on the ’02 Nike Air Flight 89

+ After a two-year hiatus, “Cool Grey” was back on the Air Jordan 4
+ Rather than showcasing shades of grey and using patent leather for depth, this pair played to contrast in the form of black, white, and yellow accents. Following a growing love for “Cool Grey” and acceptance of altered Air Jordan 4s, these were a success

+ Taking the Air Jordan 4 “Cool Grey” formula to an even funkier place was the Air Jordan 3 two years later
+ Ranges of grey stamped the upper while sunset shades served as the highlight. These didn’t have the impact as previous Cool Grey Jordans at the moment they released – much in part to the wild styling on a beloved model that hadn’t been flipped much, the other being an aggressive apparel push. However, they’ve become more popular since

+ After a four-year drought, the Cool Grey was back and on the shoe that started it all
+ The Air Jordan 11 Cool Grey returned in 2010 to incredible fanfare. Just like the first pair of Cool Grey 11s opened up the retro audience to new colors, the ’10 Cool Grey AJ11s opened up retro Jordans to the masses

+ Moving up a model, the Air Jordan 12 Cool Grey debuted in 2012
+ Lukewarm in response, the shoe brought back the idea of bold pop on the otherwise neutral palette

+ Celebrating 10 years, the Air Jordan 9 Cool Grey returned in 2012
+ The retro Jordan craze was at fever pitch in 2012 with this pair playing well to a growing audience

+ Truth be told, the Air Jordan 8 Cool Grey looks a lot more like Wolf Grey when considering the tone
+ Never the less, the shoe owned the color code and nickname to a rather mild response

+ Upping the ante on the CG 3, 4 and 12 formula, the Cool Grey Air Jordan 10 featured Crayola colors all over the outsole
+ Fairly well-liked, these aren’t the most popular Cool Grey Jordan among older fans but did well with the next generation

+ Cutting the top off the mid, the Air Jordan 11 Low Cool Grey debuted in 2018
+ An accessible hit, these will likely release again in the future much like the mid and the 9s

+ The Air Jordan 11 Cool Grey that featured the ballistic mesh was not released in 2020 as previously thought, but it has been confirmed that the “Cool Grey” Jordan 11s will release in 2021. 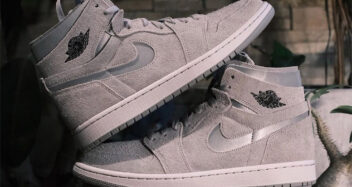 Early Photos Of The Jordan 1 Low “Tie-Dye” Have Surfaced 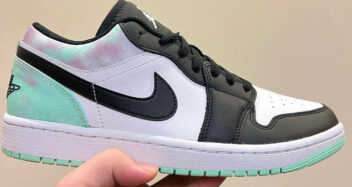 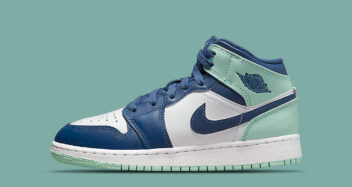 The “Washed Denim” Colorway Lands On The Jordan 1 Low 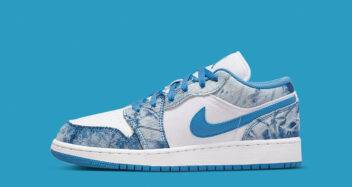