Welcome to this week’s Nice Kicks’ Throwback Thursday. This week, the sneaker world celebrates the birthday of one of the most forward-thinking, progressive, and innovative creators in the footwear design space: Wilson Smith.

As such, we wish to pay homage to one of Smith’s most significant and memorable creations: the 2001 Air Jordan 16.

Jordan Brand was in a state of transition in the late 90s/early 2000s, this coming in response to Jordan’s abrupt retirement from basketball in February 1999 during the NBA lockout. Also, of note, Jordan Brand was at a crossroads with its identity following the release of the Air Jordan 15, a futuristic, polarizing yet largely unpopular model. It was also during this time when Jordan moved from the role of player to that of CEO, becoming President of Basketball Operations as well as a minority owner of the Washington Wizards in January 2000. As the brand looked to move past the previous model and into the new millennium, Wilson was brought on as the dedicated designer for Brand Jordan.

After leading successful design campaigns for Nike athletes Andre Agassi, Charles Barkley, and Scottie Pippen, Wilson’s creativity was pivotal in the resurgence and renaissance of the Air Jordan model as the ultimate ride in high-performance basketball footwear, a perfect blend of art and science and illustration of both accessible art and design. Enter the Air Jordan 16, arguably the most underrated Air Jordan silhouette ever created.

The Air Jordan 16 debuted on February 17, 2001 – Jordan’s birthday – in a beautiful black/varsity red Bulls colorway, a great and welcomed improvement over its predecessor. The sneaker used a plethora of technology including a blow-molded heel with forefoot Zoom Air and a full-length inner bootie similar to the Dynamic-Fit sleeve seen in earlier ’90s models.

Moreover, as an ode to the past, the Air Jordan 16 incorporated several subtilities and design cues of previous Air Jordan models including a mid-cut similar to that of the Air Jordan 3; a mesh upper and translucent outsole seen on the Air Jordan 5; a removable leather shroud, and patent leather on the toe box, serving as an extension of formal, black-tie basketball, an element also seen on the Air Jordan 11. Multiple colorways released in both a mid and low version including whisper/cherrywood-light graphite, which remains a grail colorway among collectors today. 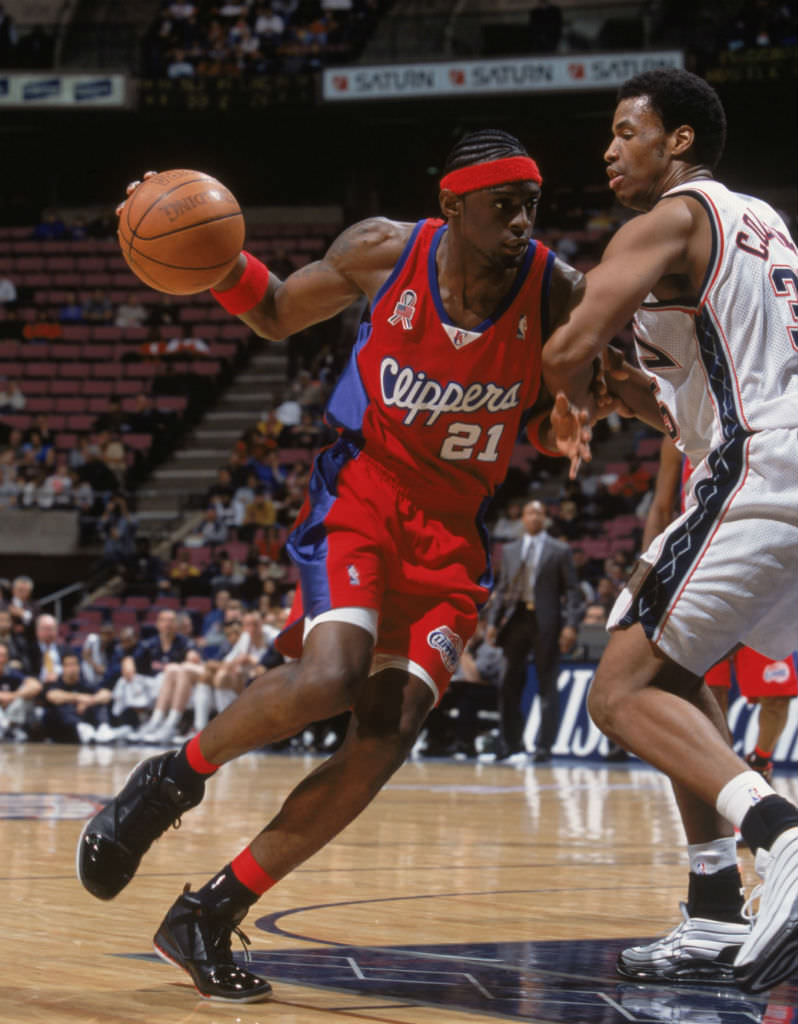 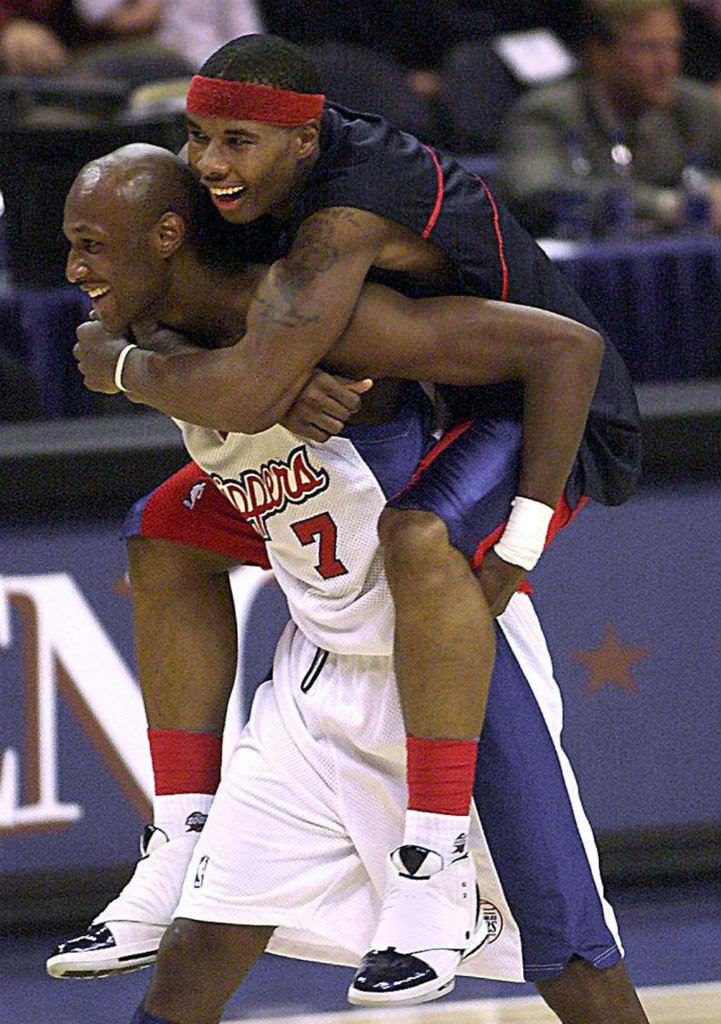 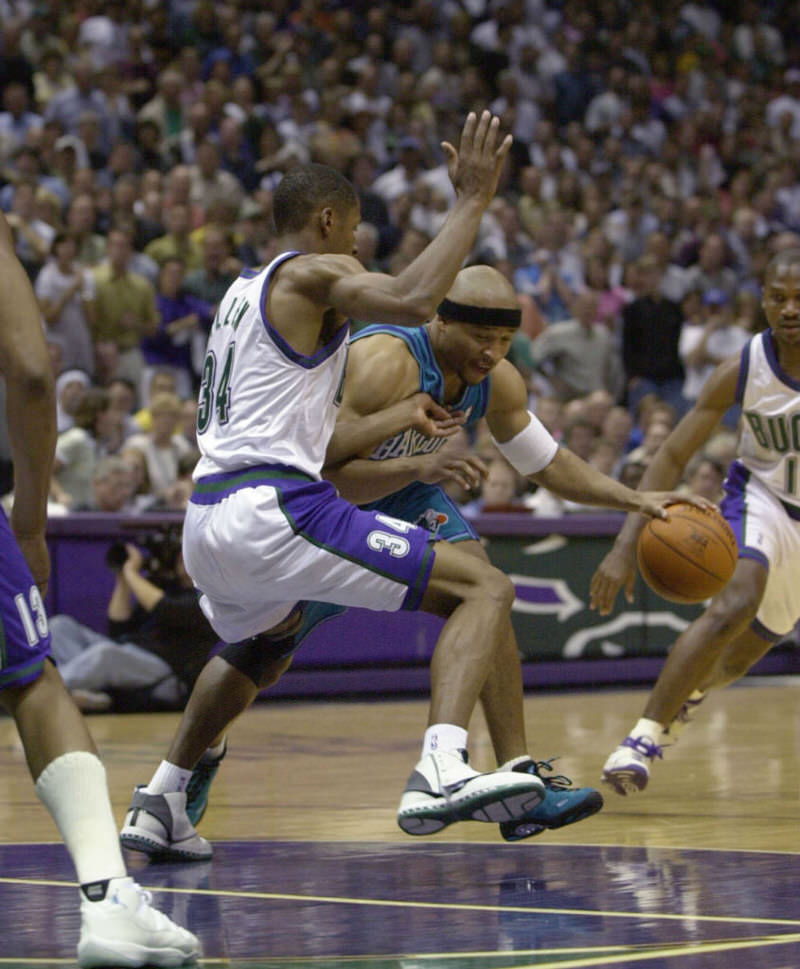 A truly versatile and popular sneaker, the Air Jordan 16 was worn on court by a plethora of players throughout the 2000-2001 NBA season and during the playoffs by Reggie Miller and Ray Allen, both who received player sample home and away pairs with custom embroidery.

Other Brand Jordan athletes who proudly rocked the Air Jordan 16 included the Clippers’ dynamic duo of Darius Miles and Quentin Richardson, Ron “Hollywood” Harper of the Lakers, Michael Finley, Mitch “Rock 2” Richmond, and Mike Bibby, whose pairs also featured custom embroidery in multiple team colorways. Following his return to the game of basketball after coming out of his second retirement, Jordan also wore the Air Jordan 16 in the “light ginger” colorway as a member of the Washington Wizards during the early part of the 2001-2002 season. 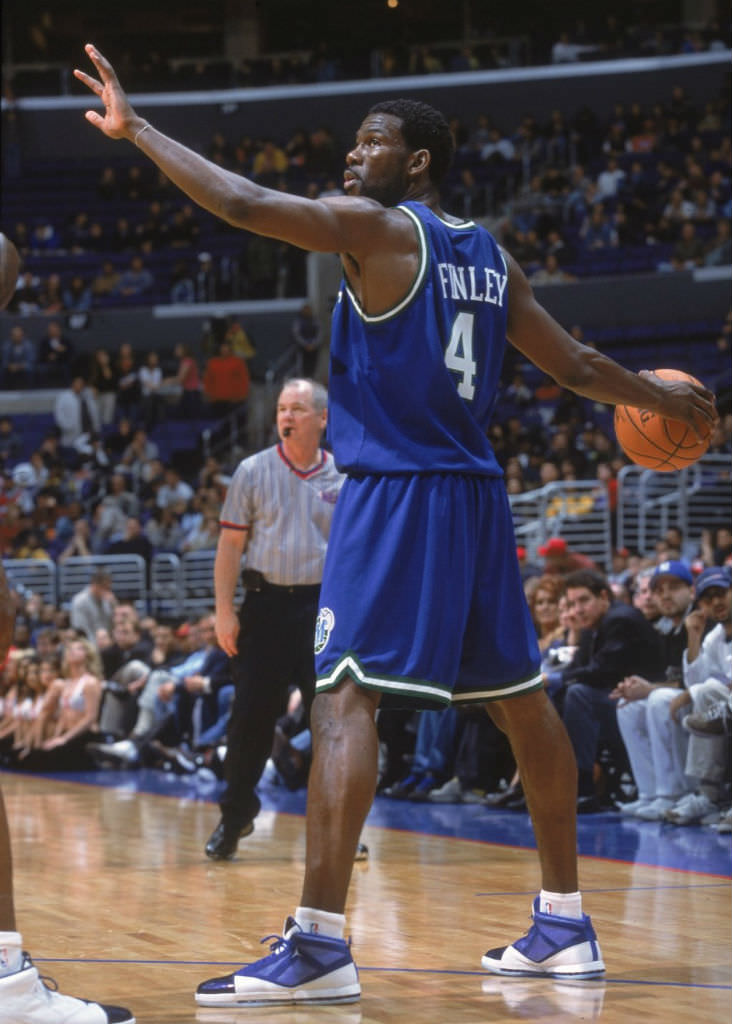 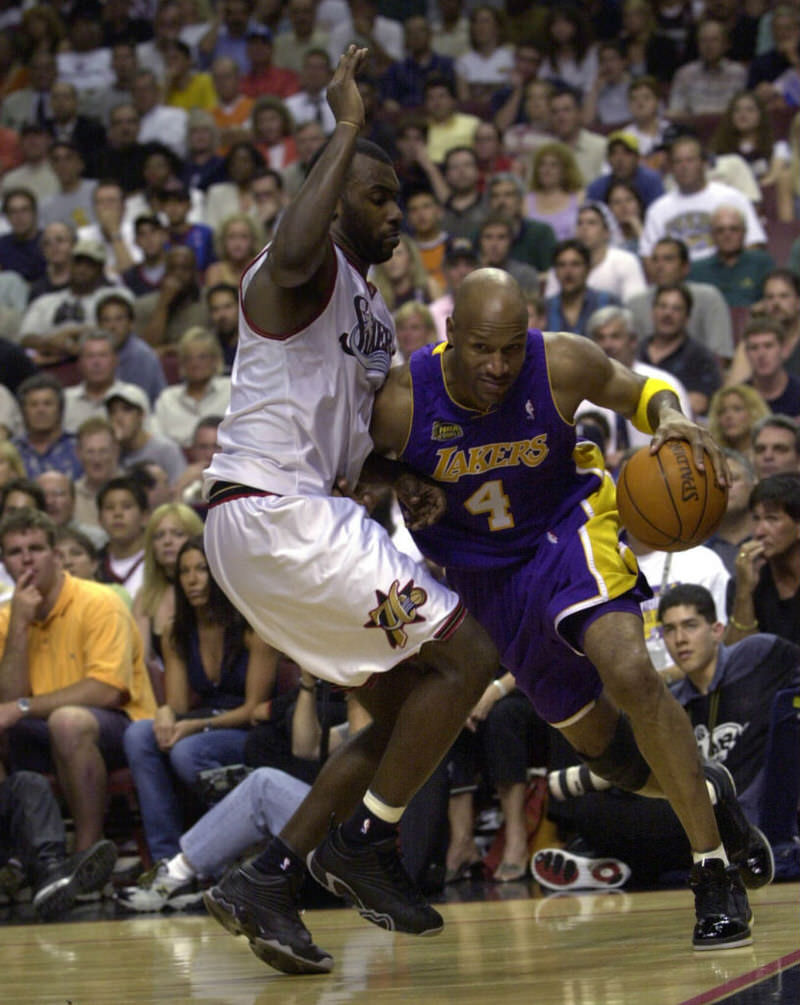 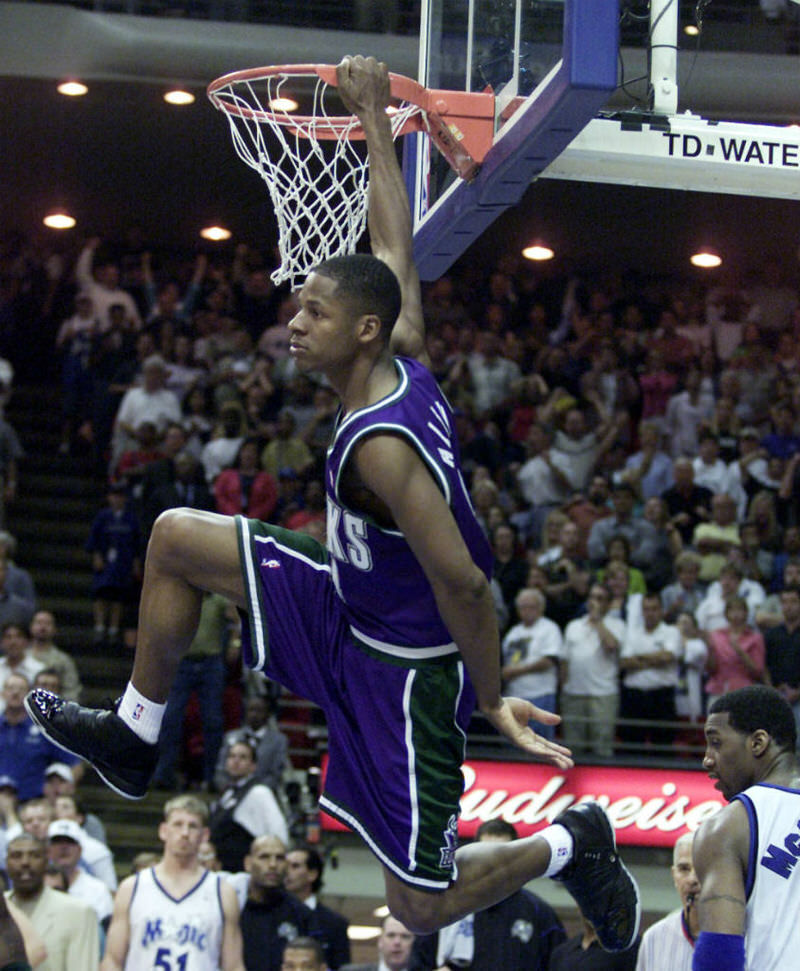 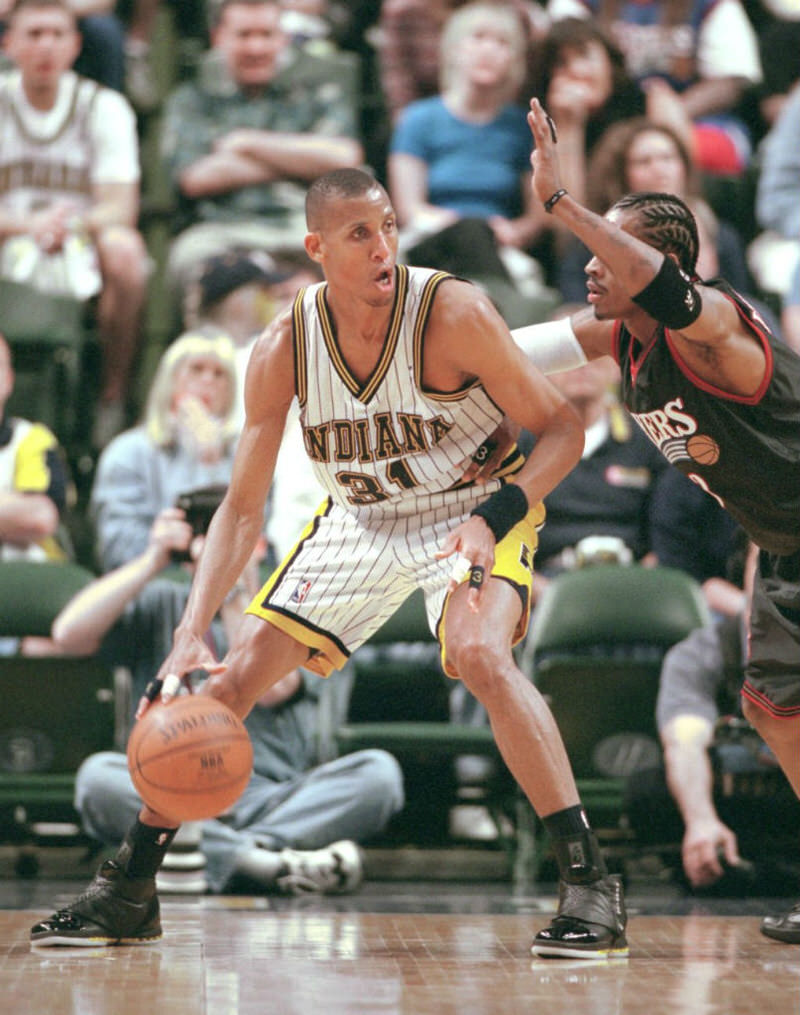 Throughout the years, the Air Jordan 16 has maintained its relevancy as an important and even iconic piece in sneaker history, both as a functional basketball sneaker and in the design and sport fashion sphere as well.

In 2012, Ray Allen wore a custom Air Jordan 16 PE in a white/metallic gold/red colorway as a member of the Miami Heat, captivating the sneaker community and adding to the models’ allure and appeal. Since then, multiple retros in both new and OG colors released including the 2008 Countdown Pack, “CEO,” 28 Days of Flight, Trophy Room “Bleu Francais”, and the highly-coveted SoleFly x Air Jordan 16 “Art Basel” collaborative pair, which commands a premium today in the secondary market.

The Air Jordan 16 has withstood the test of time, helping bridge the gap between high-end basketball fashion, sneaker technology, and sport. A truly captivating, timeless, and underrated model which deserves much respect. The only question that remains is: shroud or no shroud?