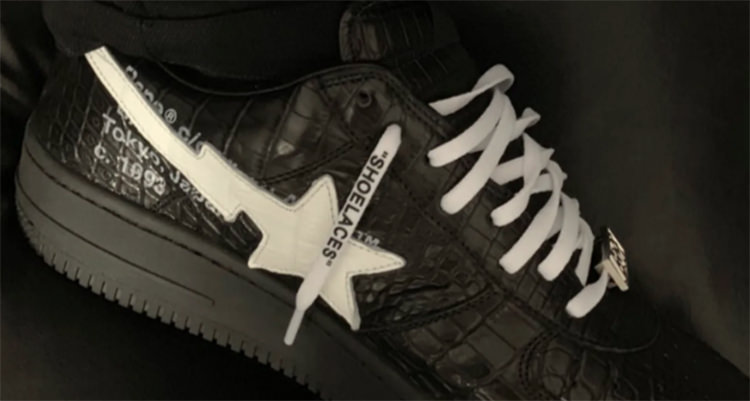 Virgil, as he and other designers humbly do after their latest musings are revealed, took a lap on the runway following his show.

On his feet was a never-before-seen Off-White x Bathing Ape Bapesta. Covered in luxe black croc skin with a matching black midsole, customary Off-White factory branding appears at the quarter panel while the BAPE star soars at the lateral siding.

It’s unclear if this is a one-of-one for Virgil or an upcoming collaboration. Of course, our hope is the latter, but for now, there’s no official word. Stay tuned.