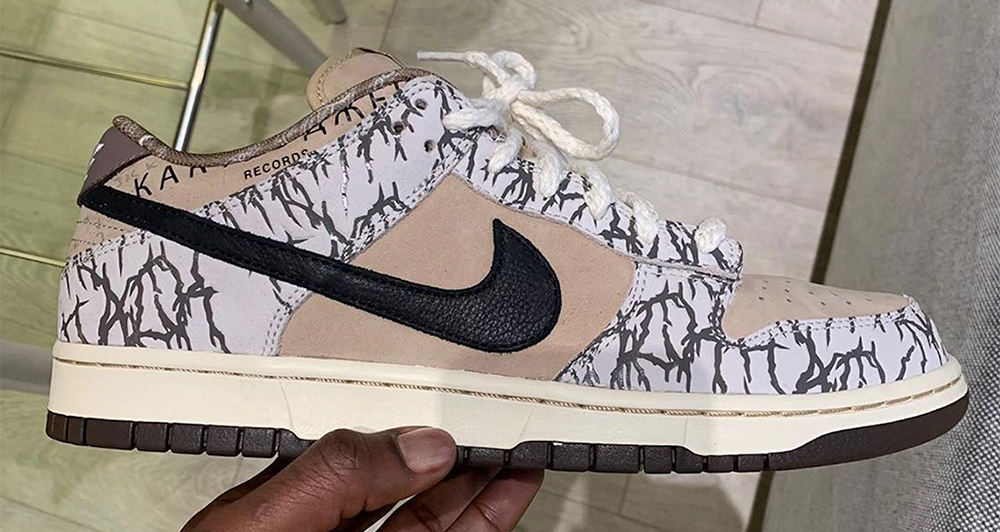 Travis Scott and Nike have been in the lab for quite some time now cooking a ton of heat. From the coveted Air Jordan 1 to the upcoming Air Max 270 React, La Flame’s collabs have all been hits.

The Houston based rapper recently posted a sample version of his Nike SB Dunk Low. If we’re keeping it a buck, this might be better than the pair that released. Brown tones cover the shoe as an elephant print makes its way onto the shoe. Word to La Flame even though we probably won’t see this hit retail.

Take a closer look at the pair below. Would you have liked to see this pair instead of what actually dropped? Let us know on social.