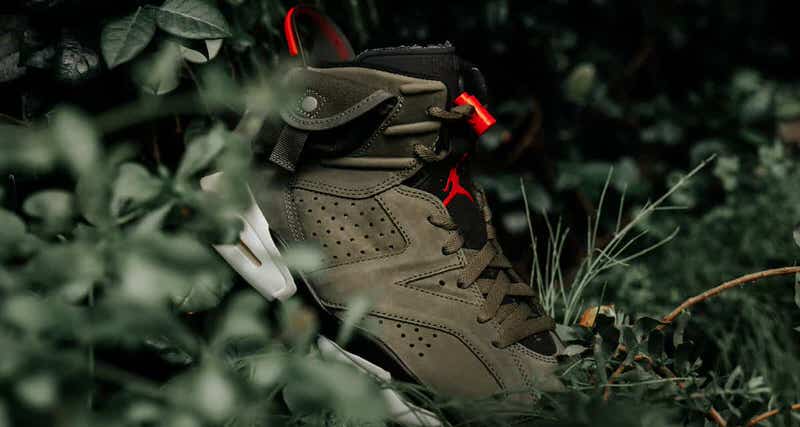 The Travis Scott x Air Jordan 6 may be the most anticipated release for the back half of 2019. 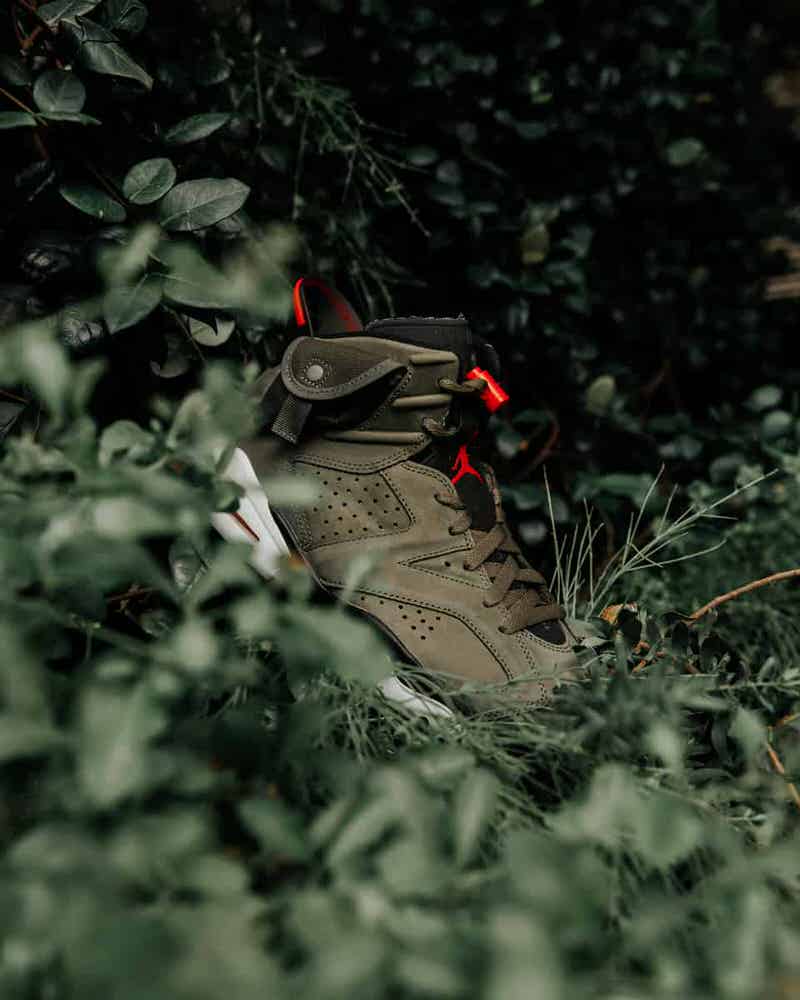 First leaked by py-rates late last year, the Travis Scott x Air Jordan 6 was first fashioned in rendered form adding somewhat of an UNDFTD 4 aesthetic on Mike’s sixth silo. From jump, it was said that pairs would release in full family sizing.

In February, both before and during his Super Bowl 53 halftime performance, Travis Scott offered a closer look at his upcoming Air Jordan 6 collaboration. An olive pair with a stash pocket just below the ankle collar, the shoe also features black and white midsole tooling and translucent outsole construction. There were rumors that the sneaker would release during halftime of the game. That, of course, didn’t happen. 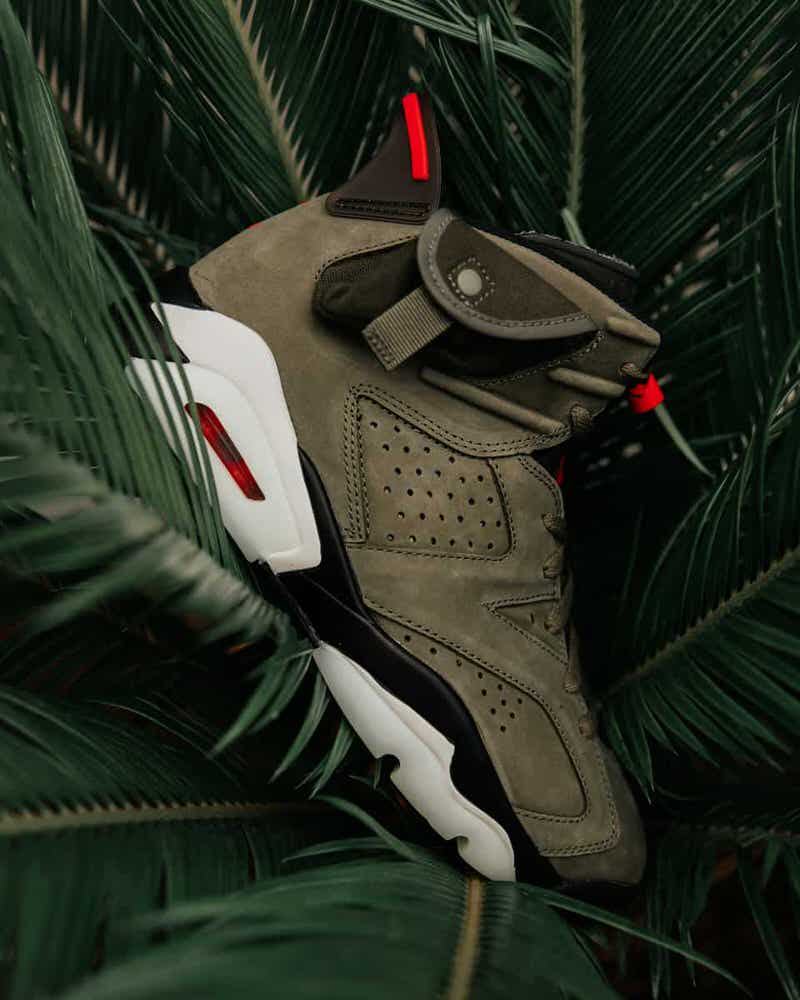 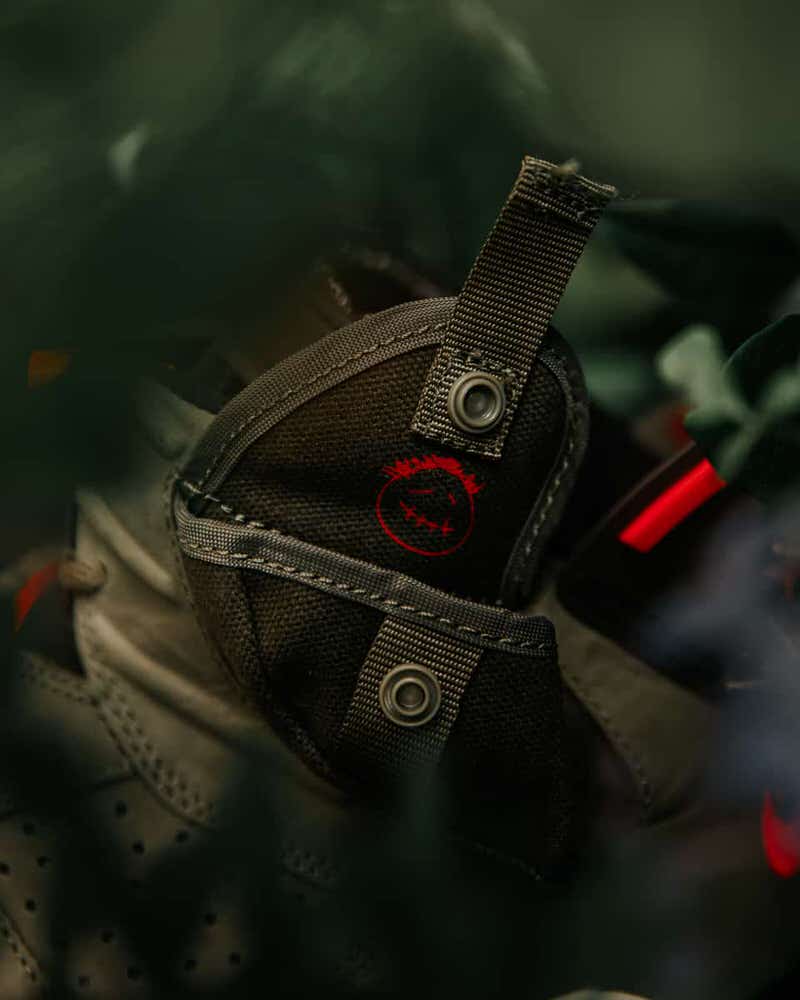 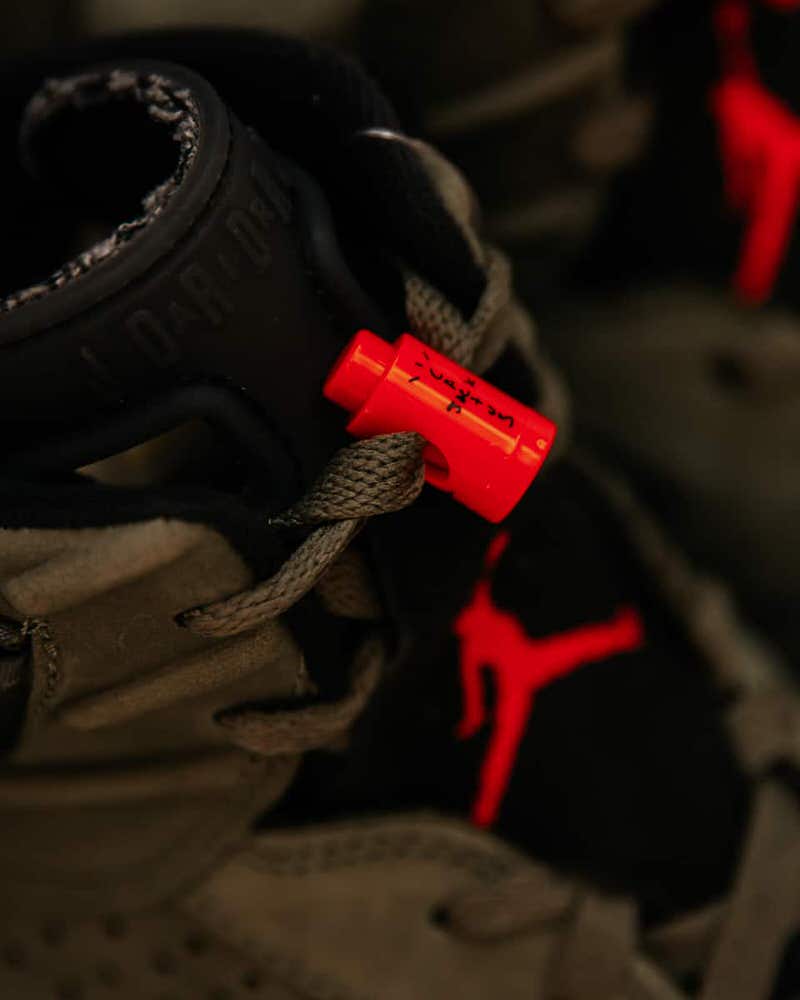 Upon further looks, it was revealed that collaborative heel branding, stash pockets and glow-in-the-dark soles all upped the ante on this high profile drop.

The Travis Scott x Air Jordan 6 in Olive was originally slated to launch on October 12th in full family sizing though SNKRS will release pairs on October 11th. Contact your local boutique for release methods. 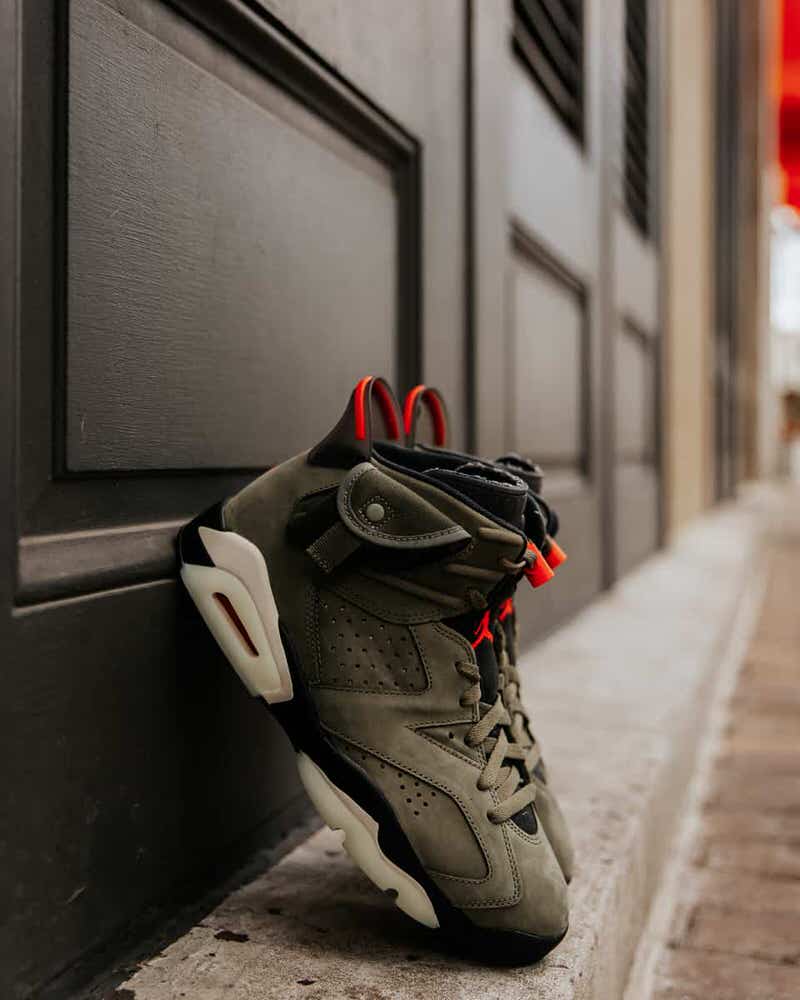 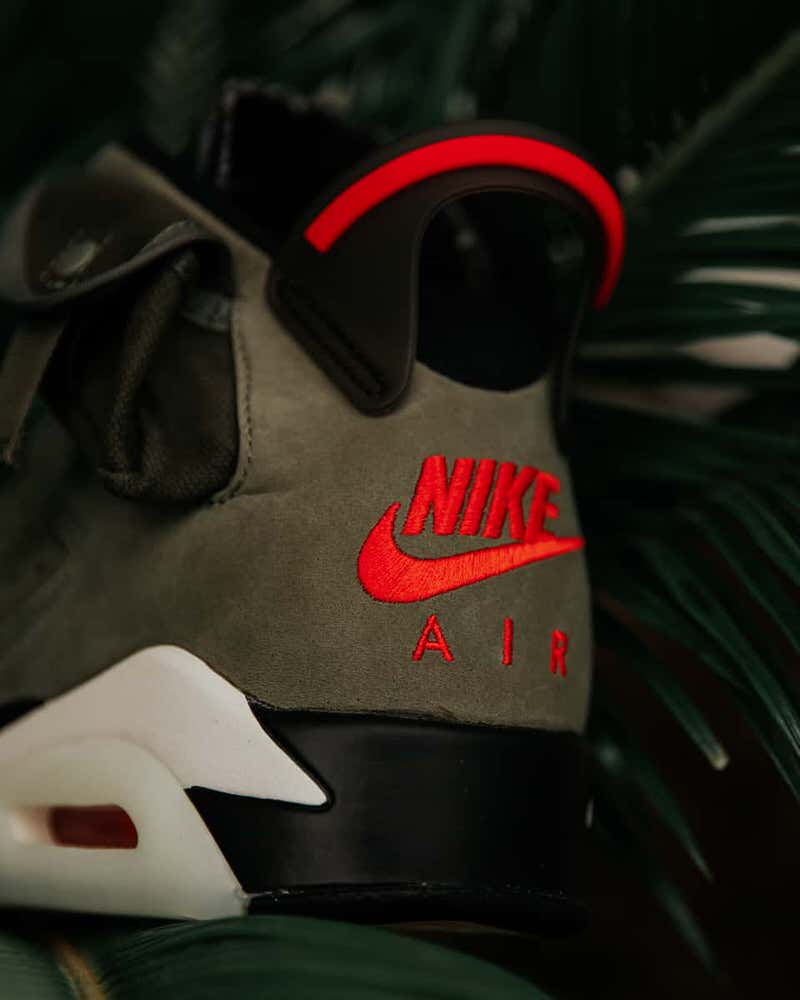 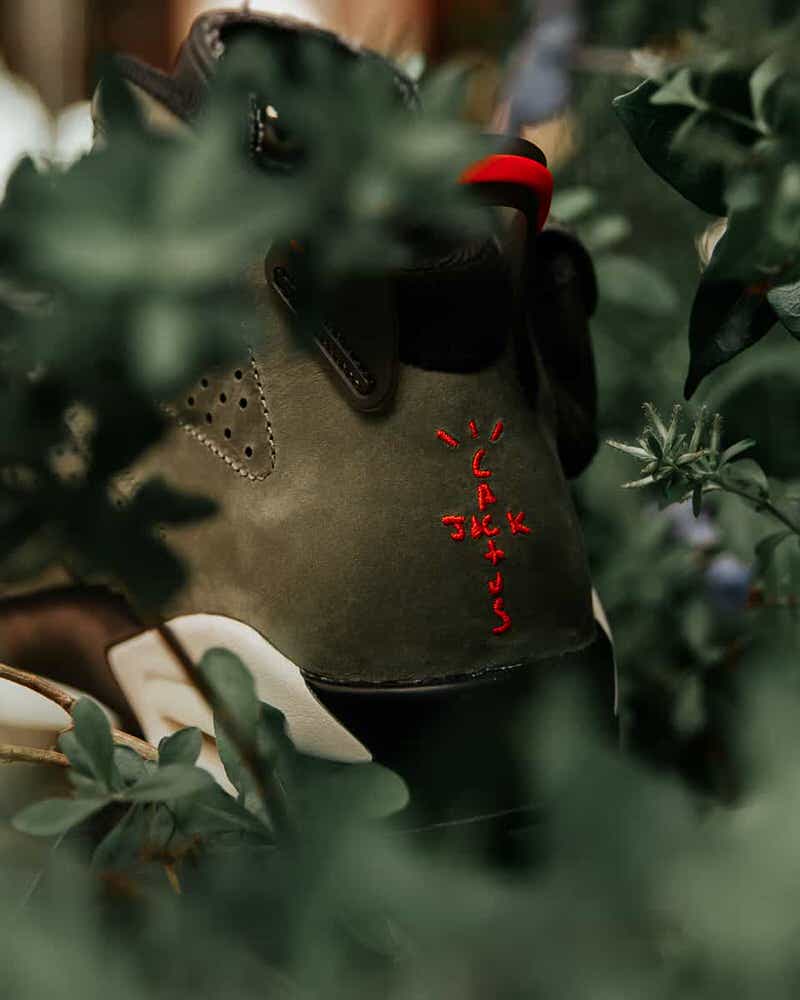 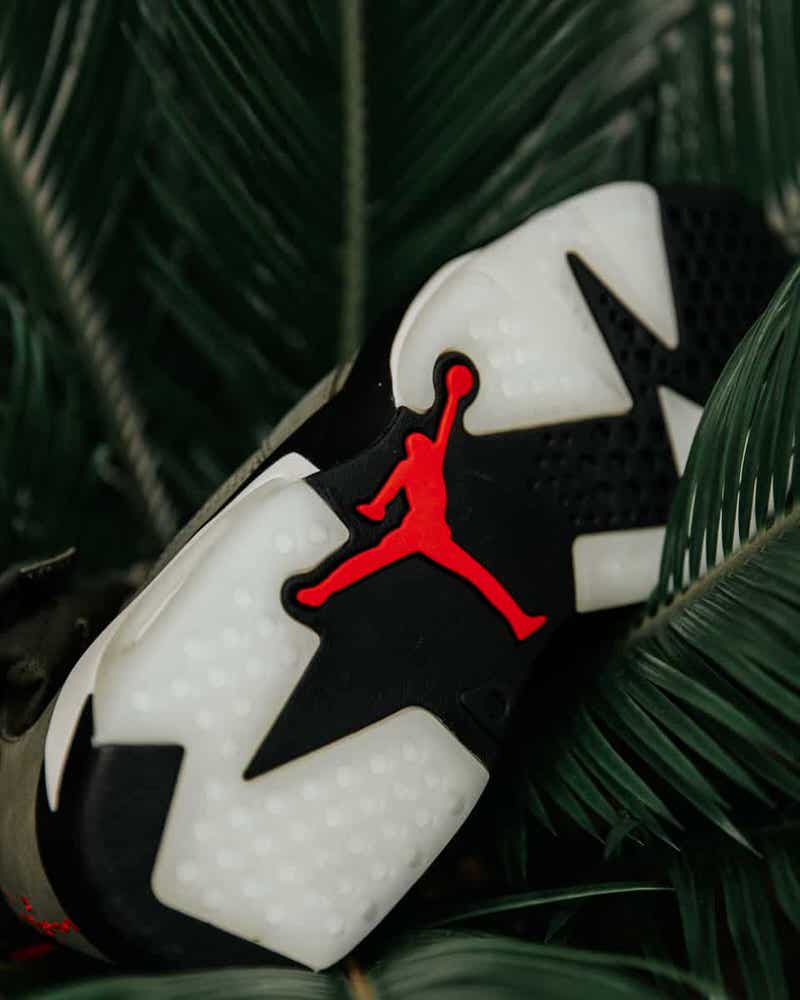 Just like the Travis Scott Air Jordan 1s, matching apparel is expected to release, too, which you can preview below via @py_rates. Peep shots of the shoe above from our own Rob Mata. 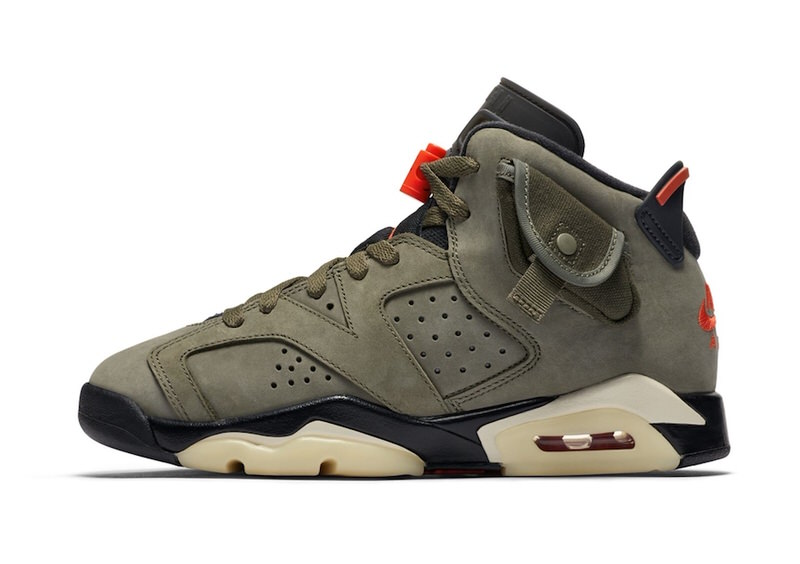 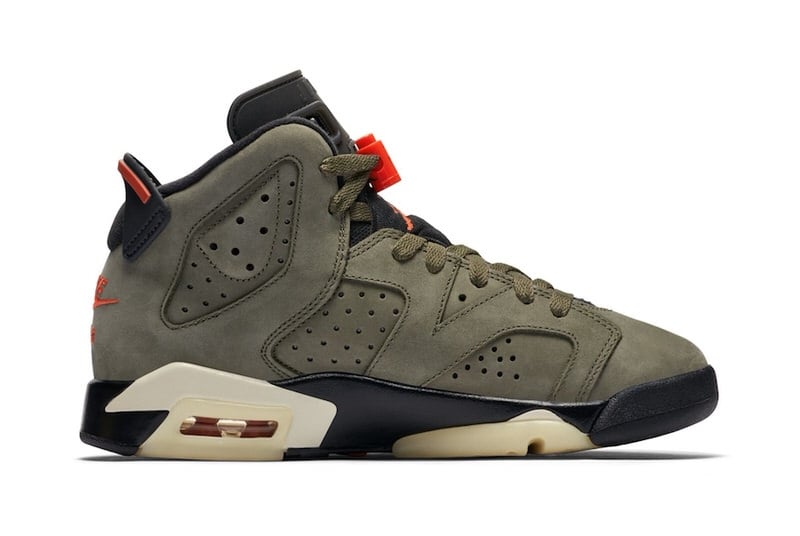 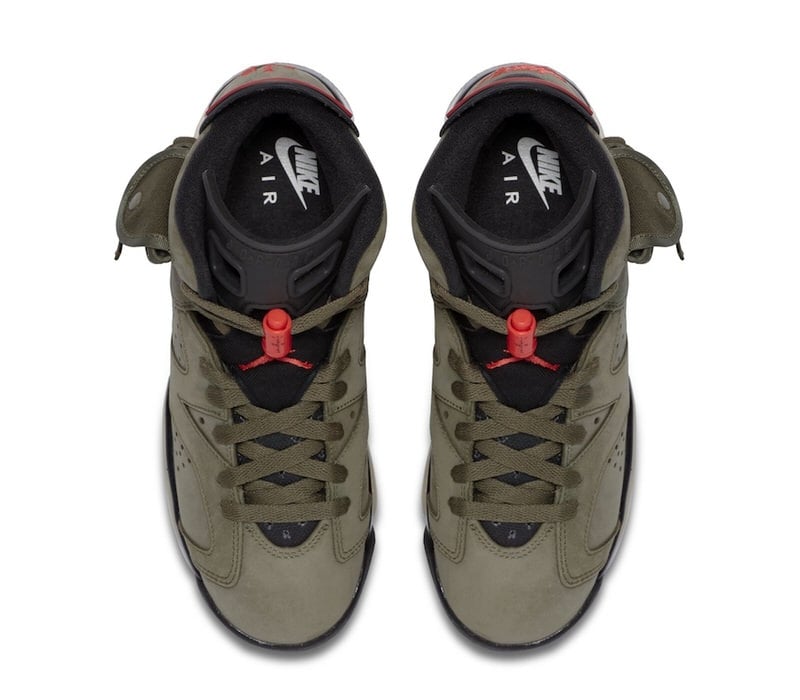 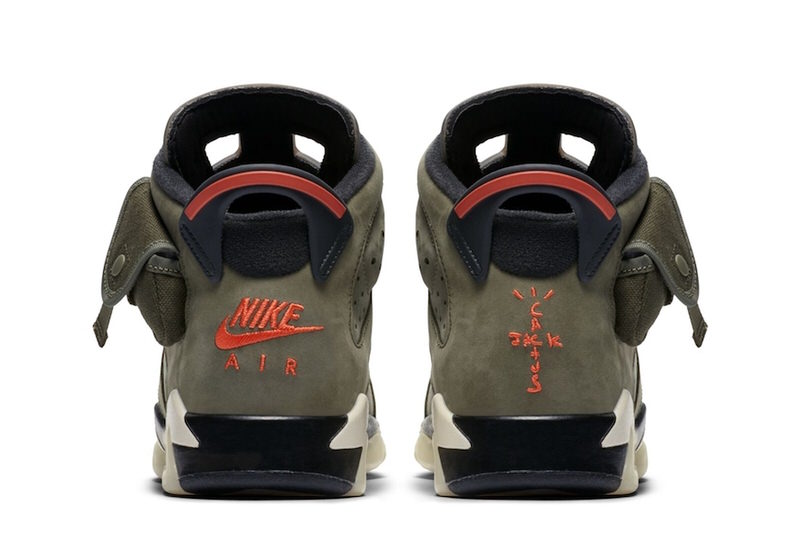 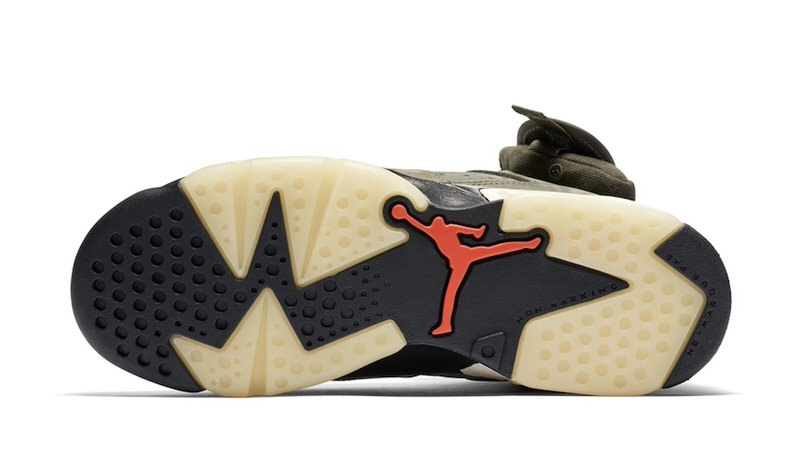 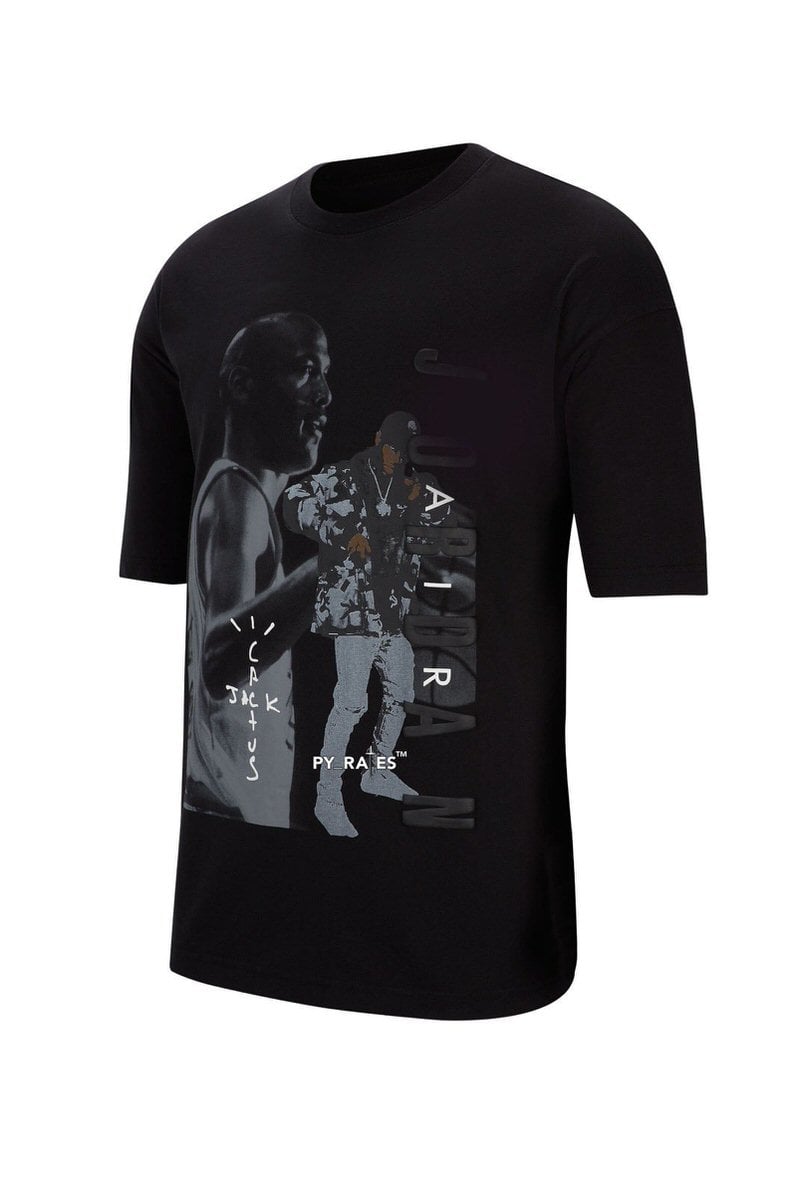 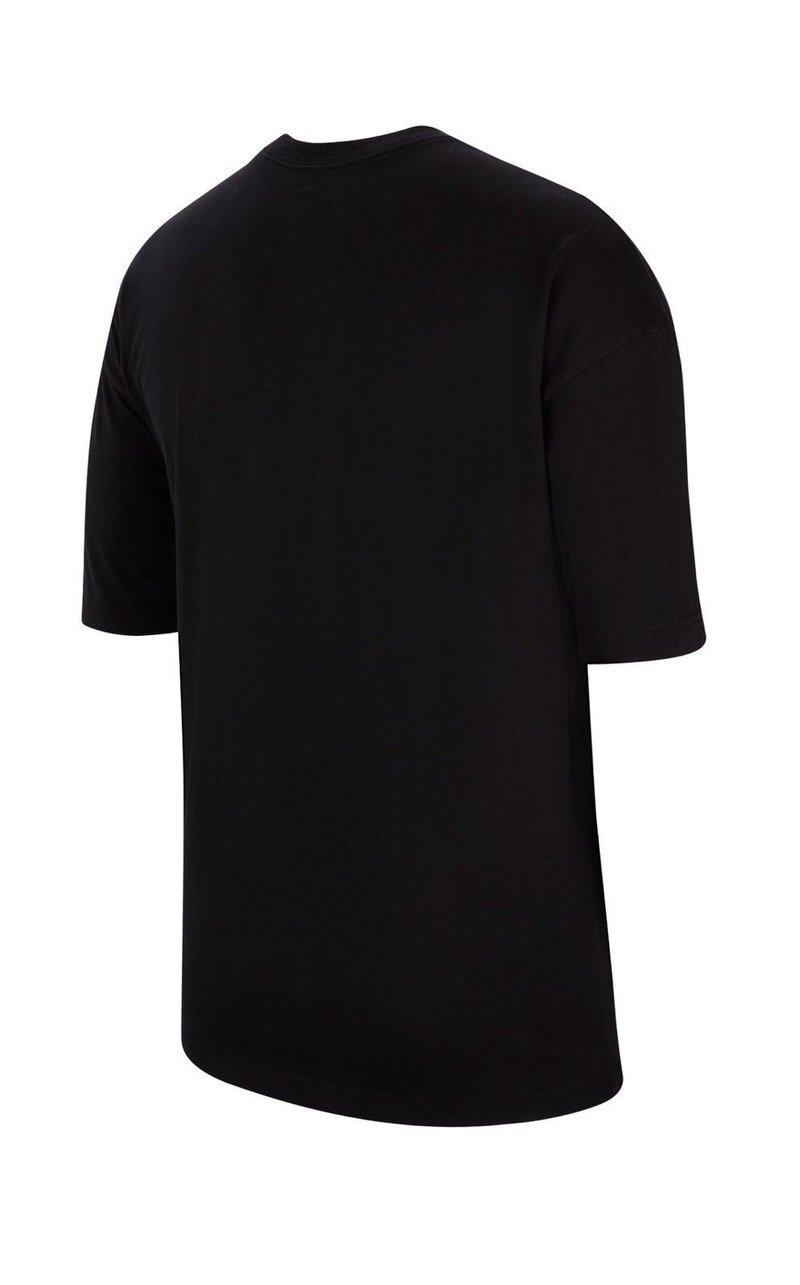 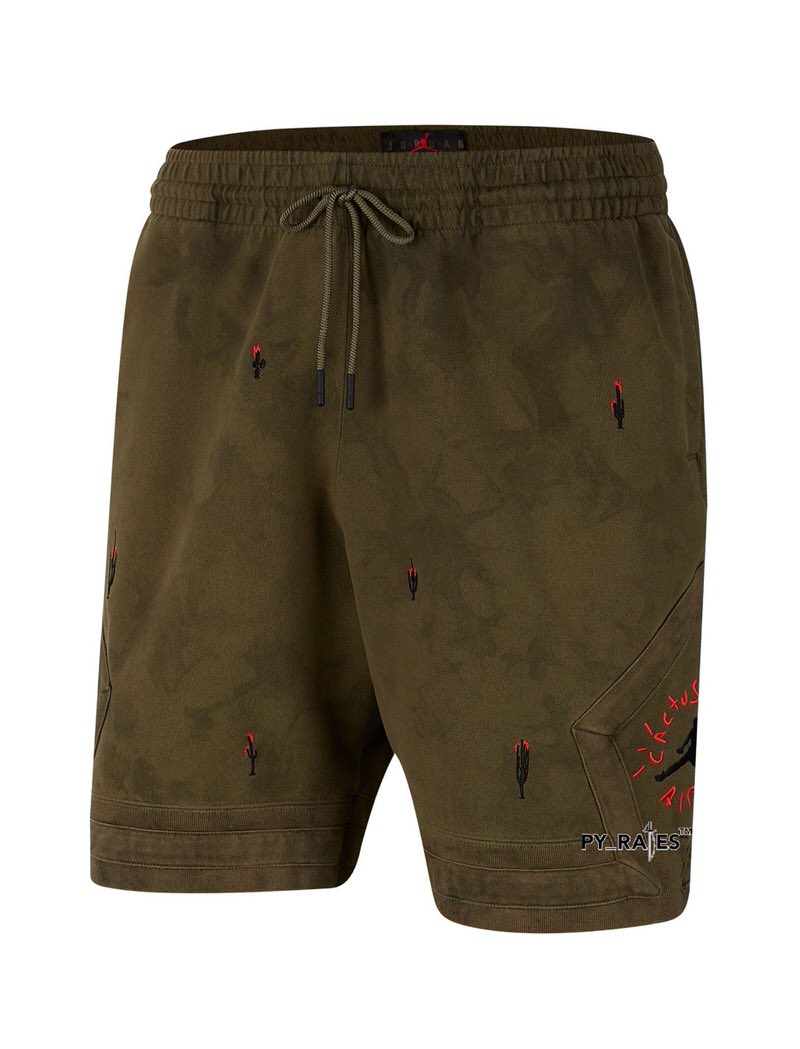 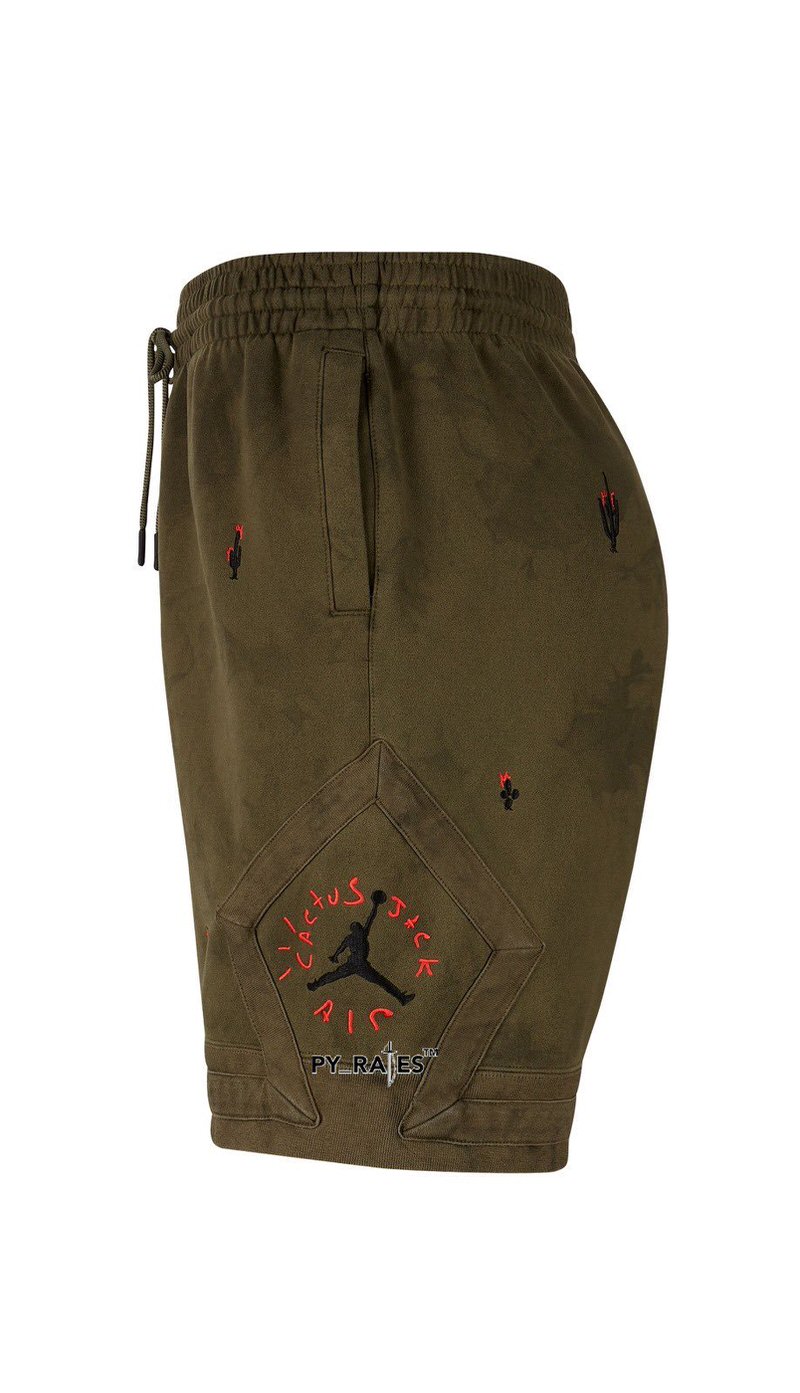 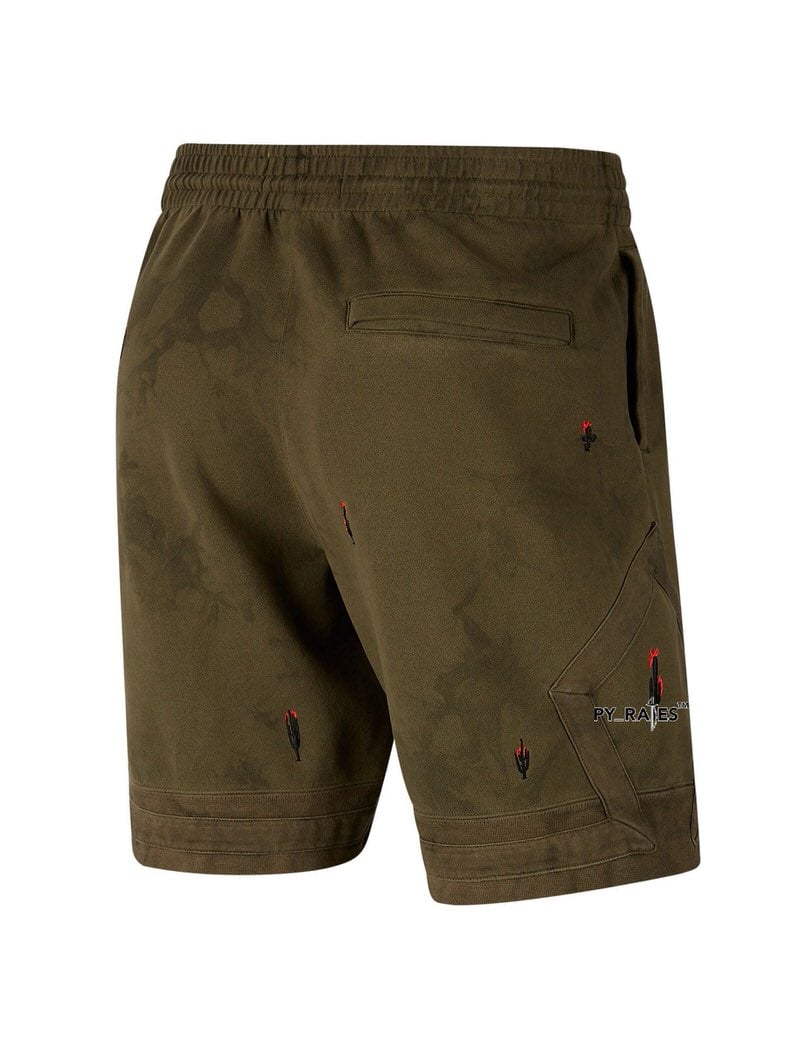 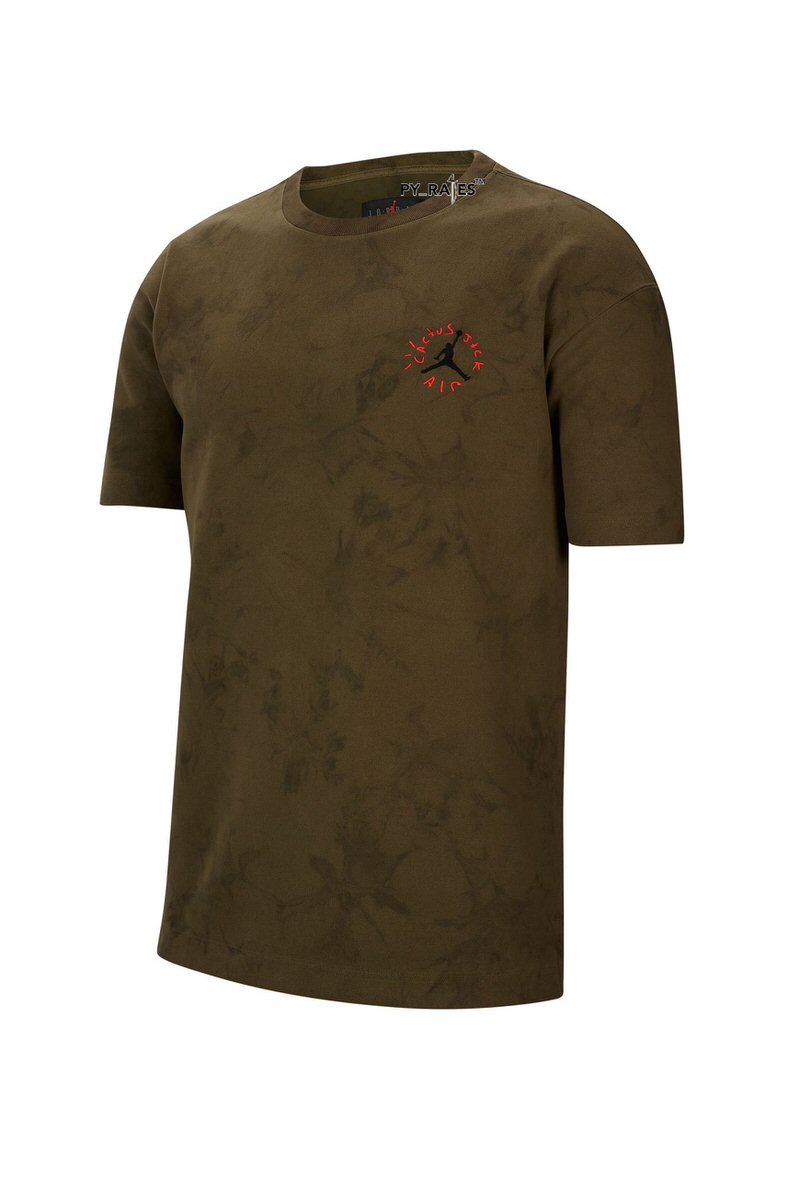 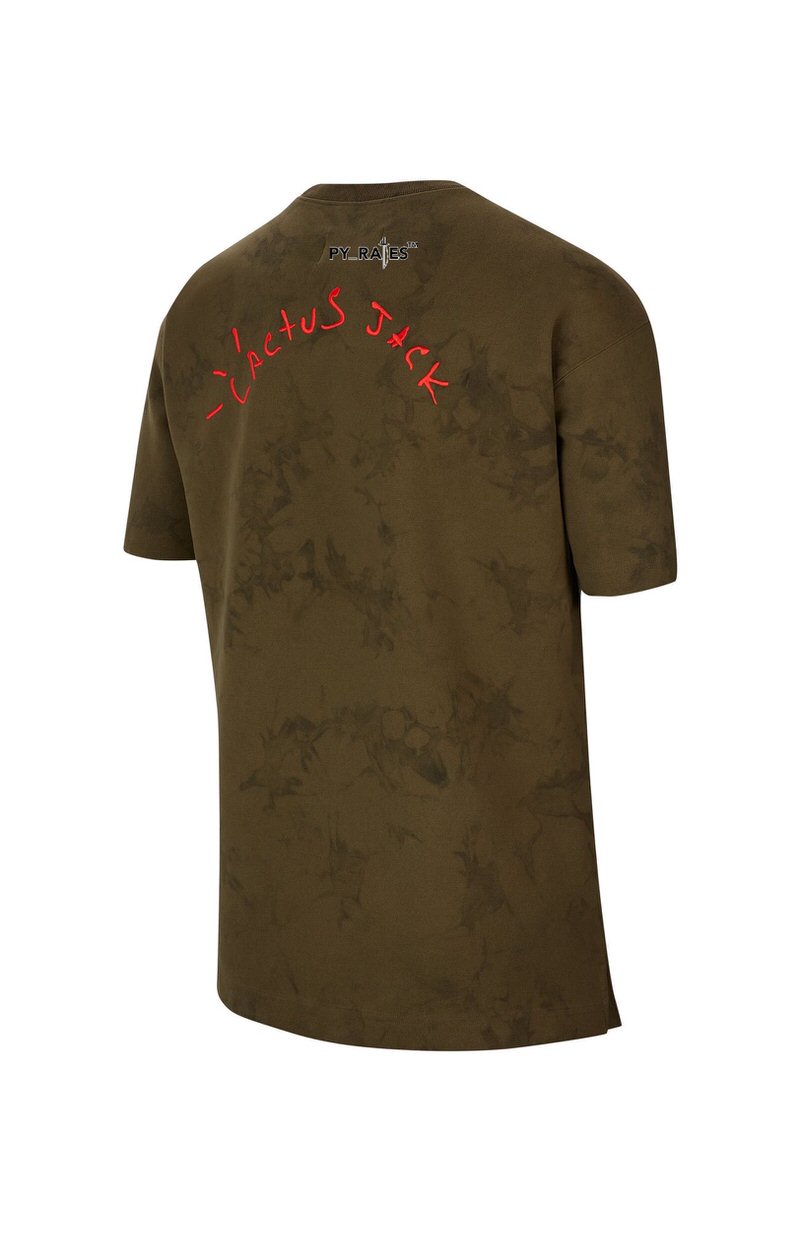 The upcoming Olive joints are great, but, will there be a sequel?

Much like his Air Jordan 1 Low collabs, an Air Jordan 6 that differs so slightly in hue with a “Mustard Yellow” upper replacing that of the army tone has been spotted.

La Flame is spotted wearing a yellow colorway of the Cactus Jack 6s last night @ The sass cafe in Monaco. Another colorway coming in the future or will these be another friends and family exclusive? ? . @travisscott @laflamewxrld ????

Peep Travis in his presumed PEs above which are still with out drop details.

In the time since the shoe’s debut, shots of a sample pair of what’s being called a Friends & Family exclusive have emerged via @thejordanvault23. 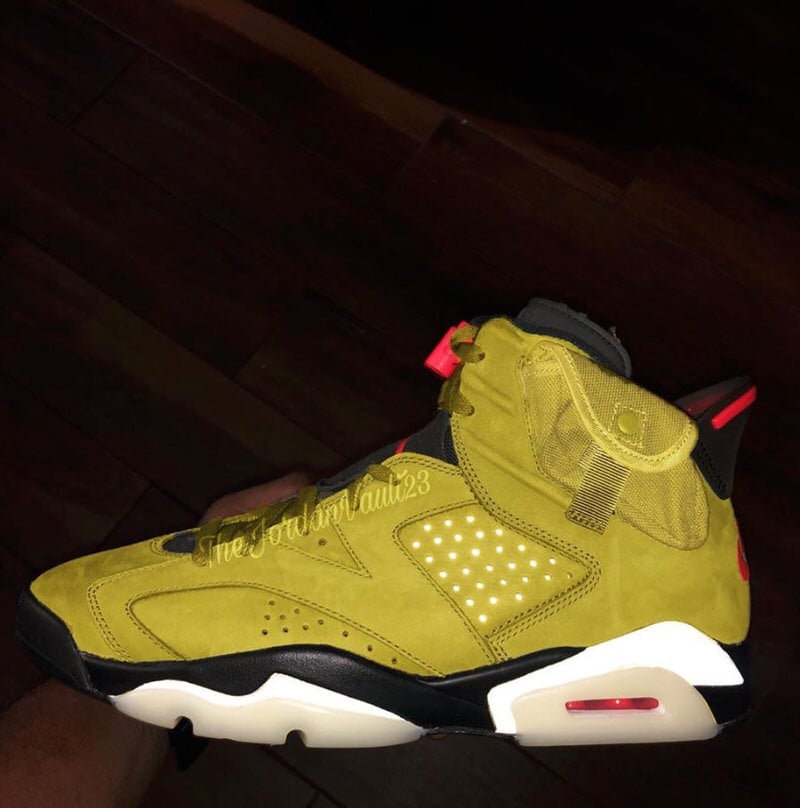 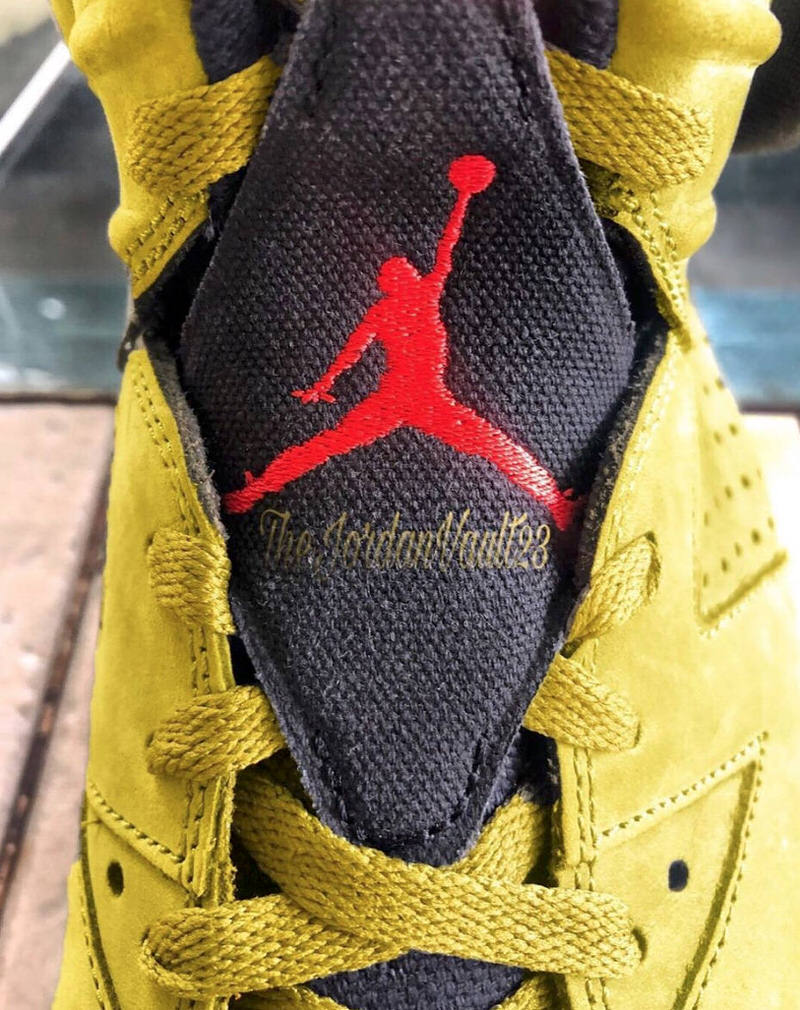 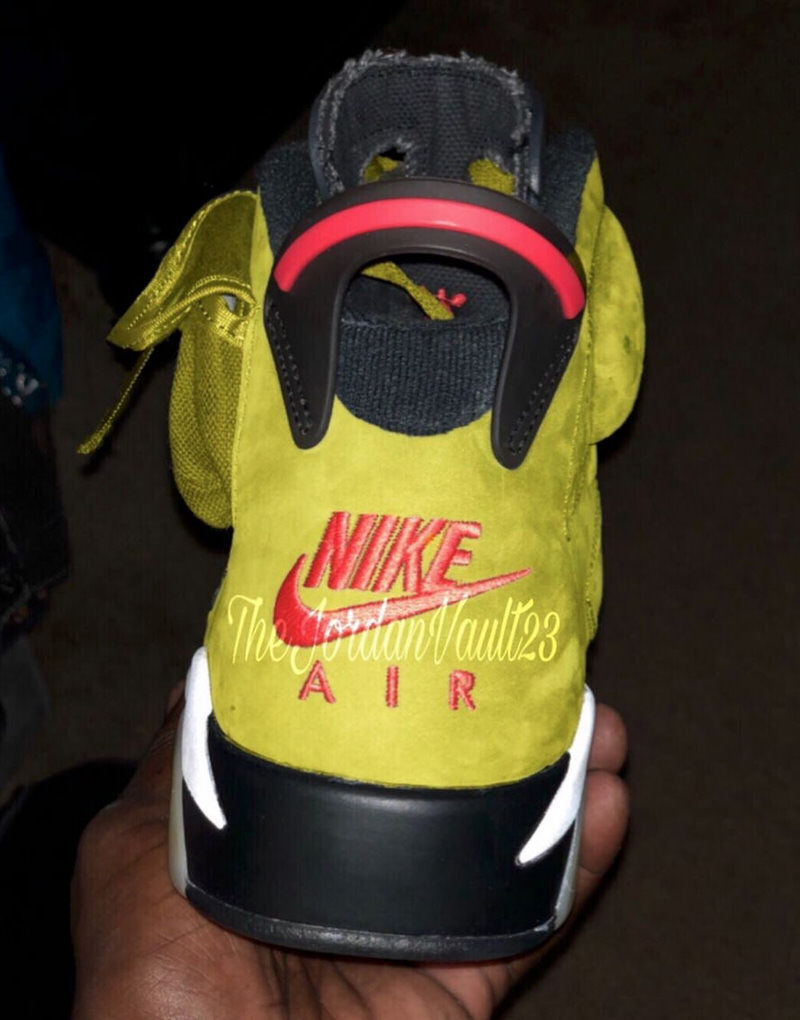 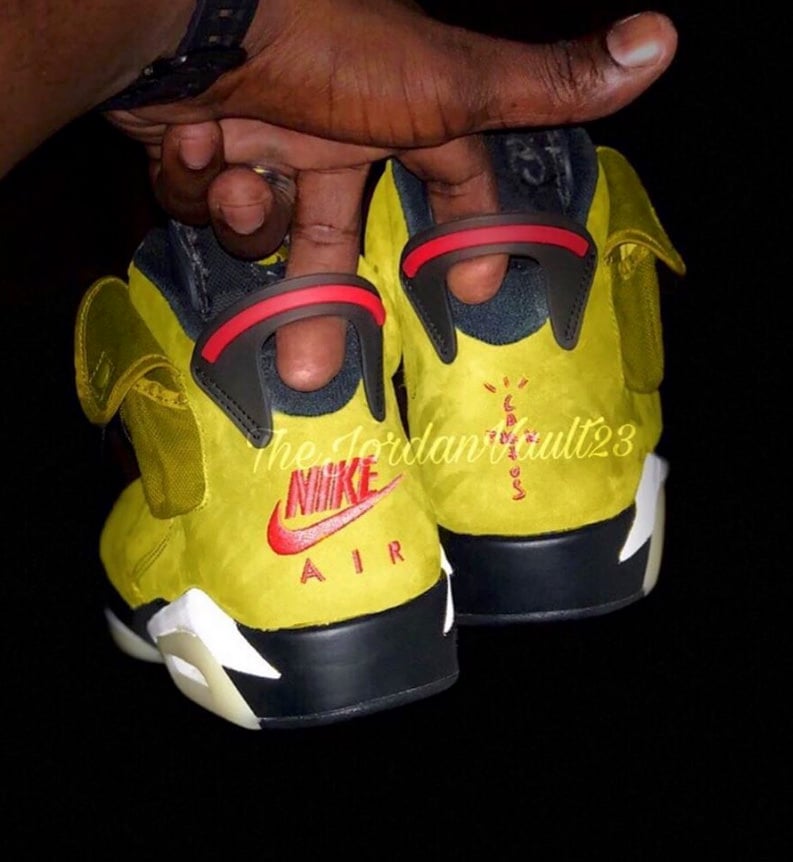 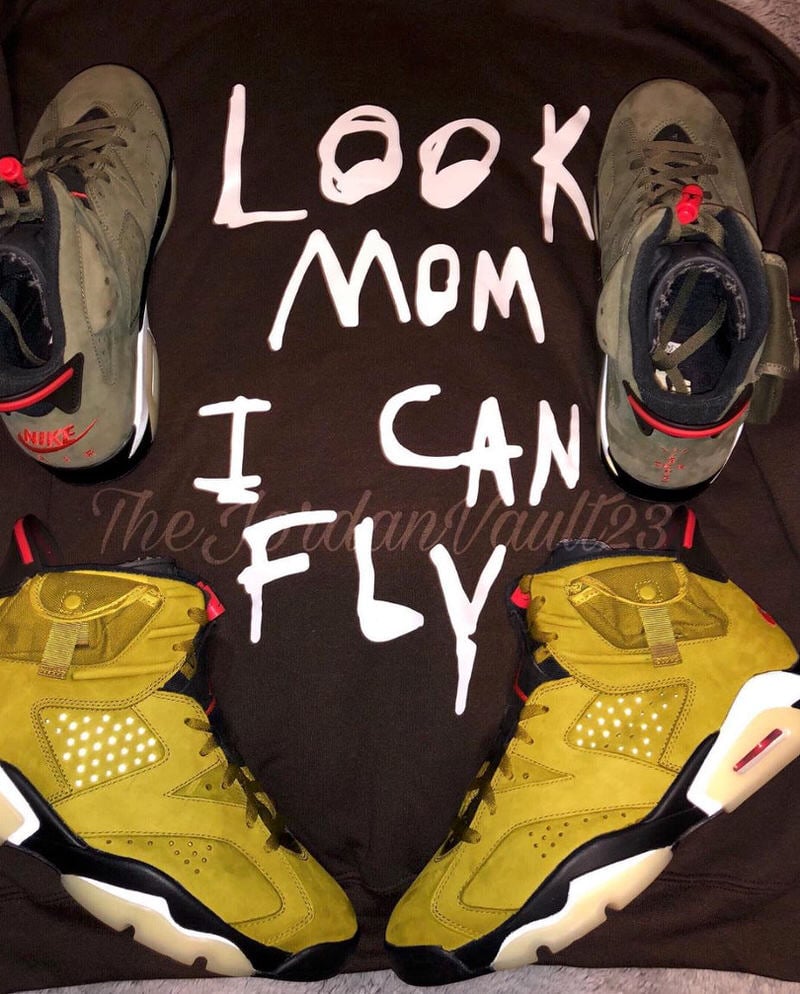 Ready for the Olive joints to drop?

For shots of him wearing his upcoming retail release, look below.