Over the weekend, Pharrell’s inaugural Something in the Water Festival in his home of Virginia was full of surprises. The ageless wonder brought out friends new and old, ranging from Tyler the Creator to Jay Z.

While Pharrell’s fancy guest list impressed, headliner Travis Scott may have brought out the best surprise in the form of his OG Supreme x Nike SB Dunk Lows. 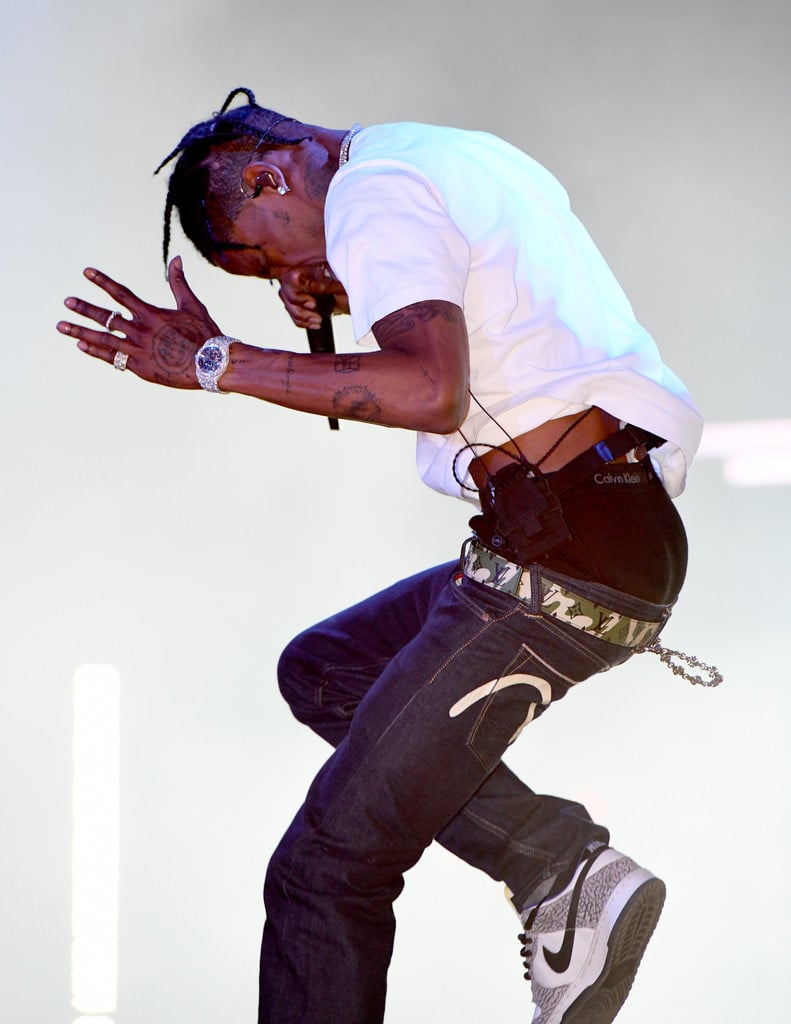 Originally released in 2002 in a two-part pack that paid homage to the Air Jordan 3 in styling, Travis’ white pair currently fetches over $2,000 in USED condition on Stadium Goods.

Featuring a fat tongue and elephant print paneling, this pair would pave the way for many an Air Jordan 3 homage to follow, many MJ inspired Dunks and a follow-up Supreme style in 2012 ran in red. 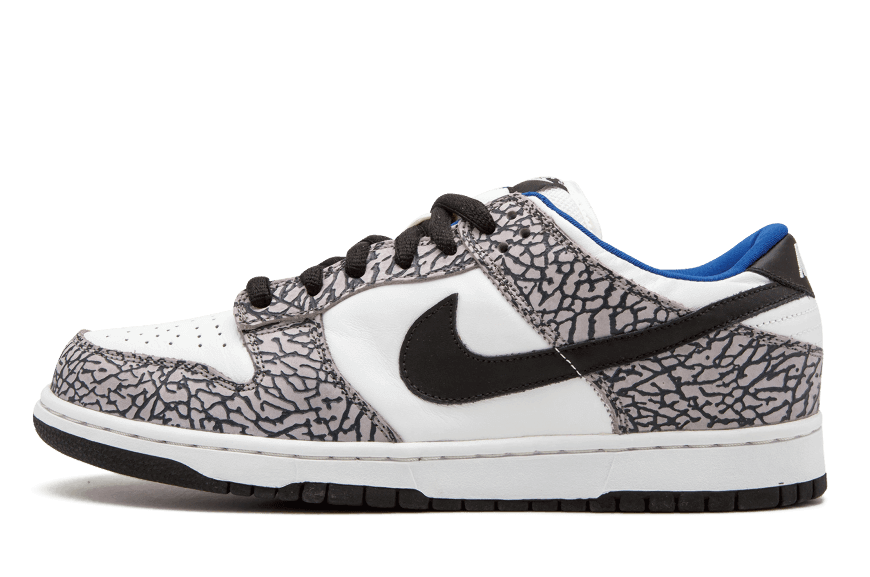 Knowing his nostalgia, La Flame heated up the SITW stage with an Ice Cream tee as an homage to Skateboard P, complete with Evisu jeans and a Murakami x Louis Vuitton belt.

Travis has been rocking old releases from Nike SB on the regular for more than a minute now with perhaps this his best pull. Check out pics of Travis on stage below in the archival Supreme x Nike SB Dunk Low collab from 2002. 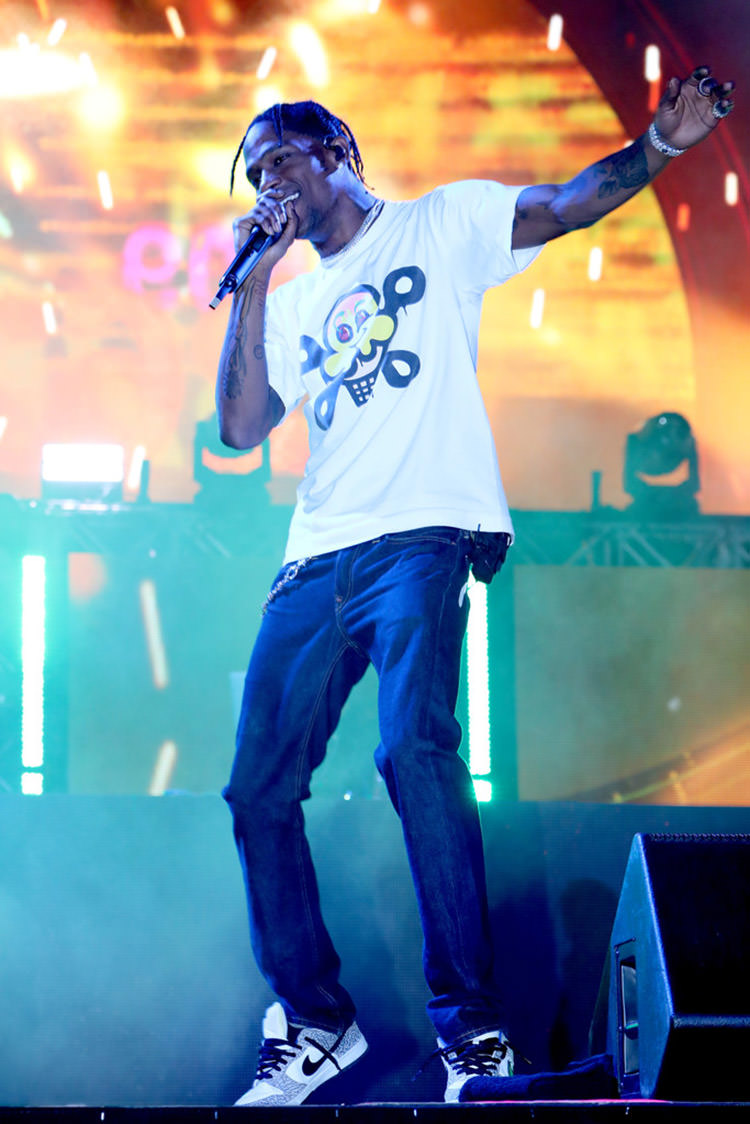 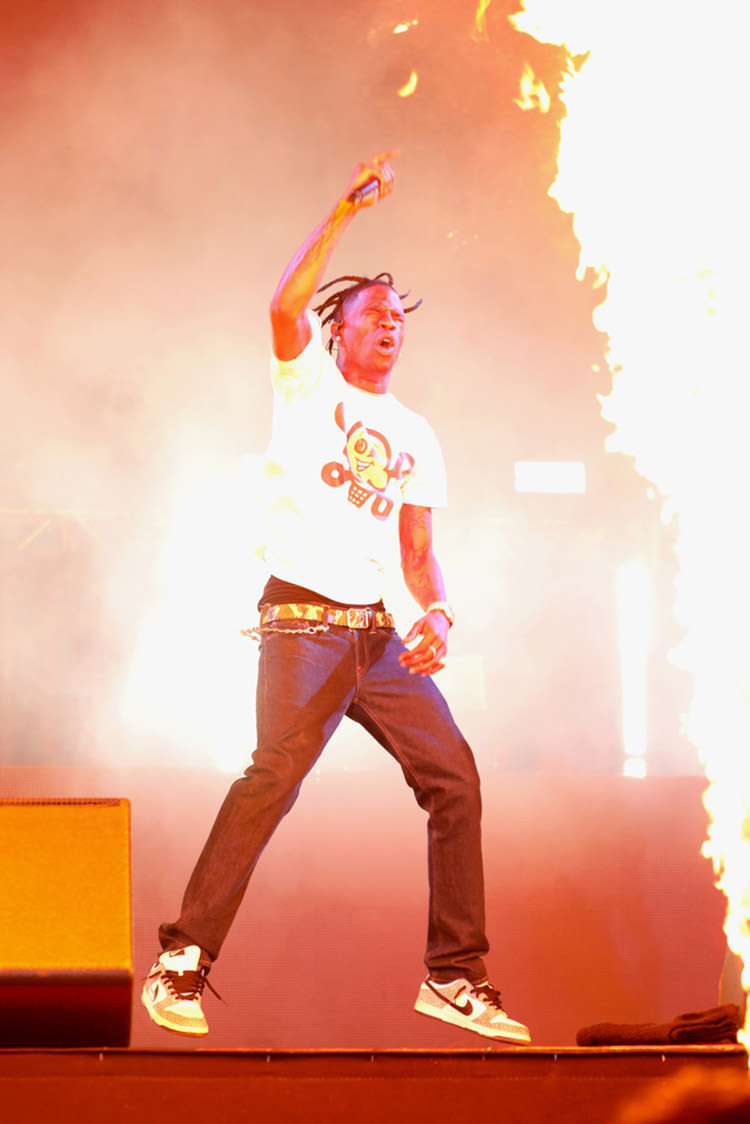 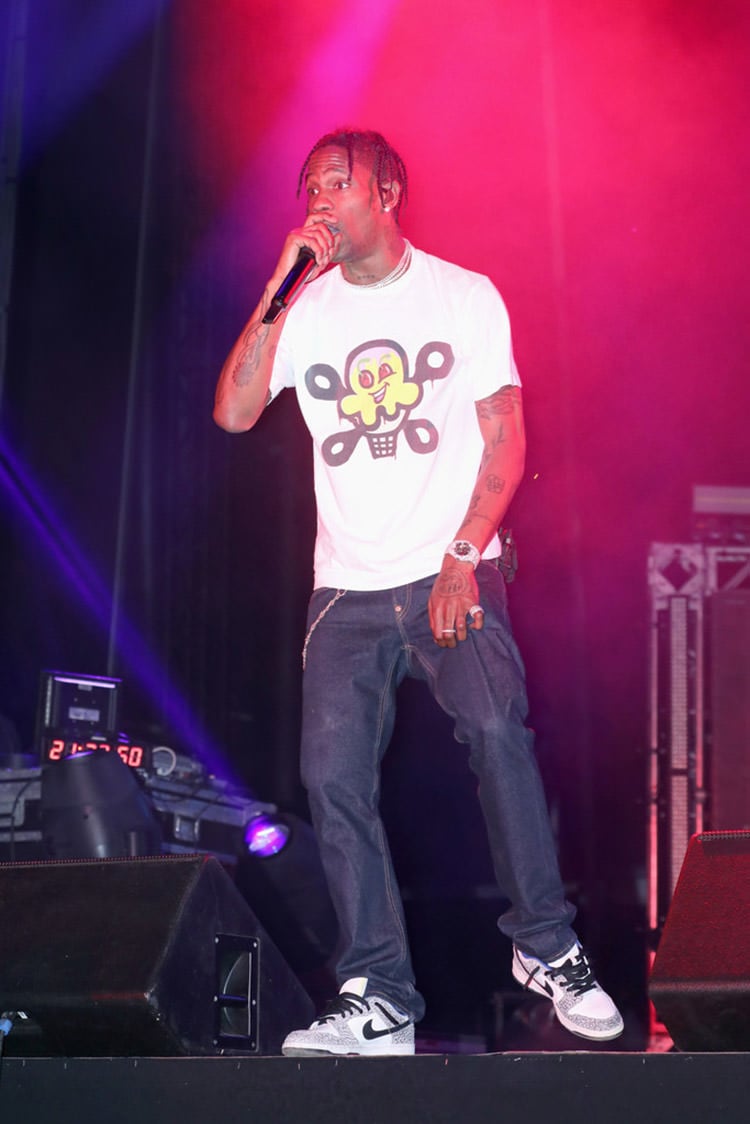 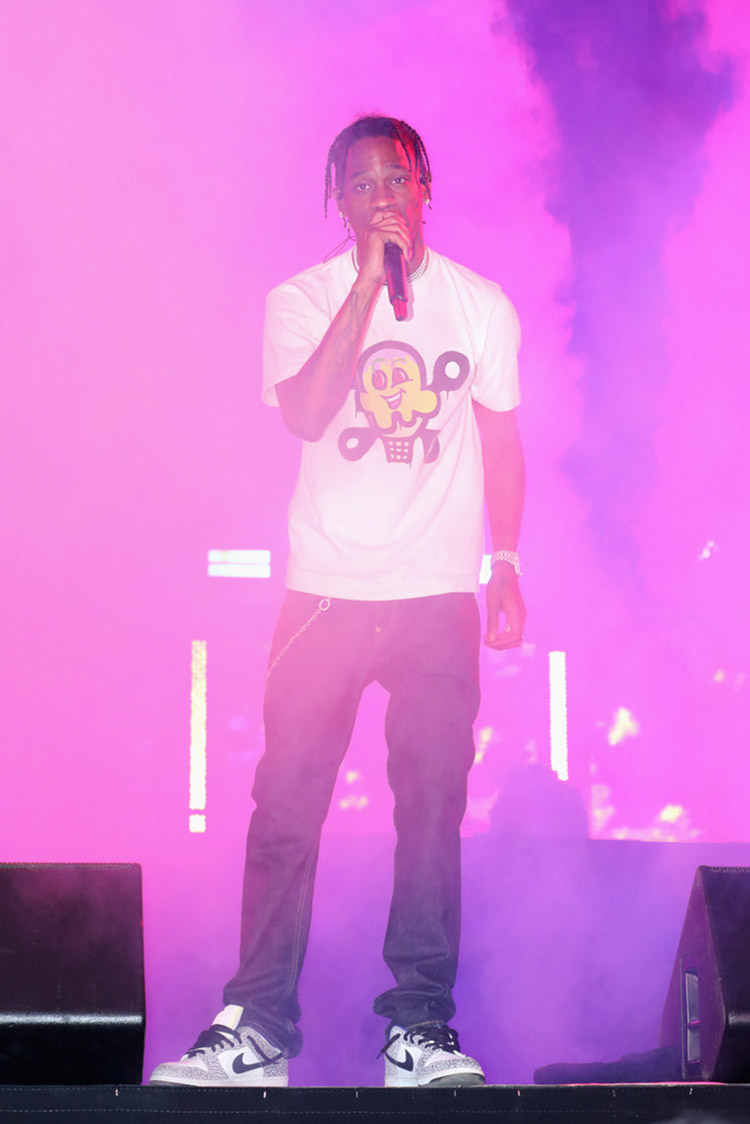 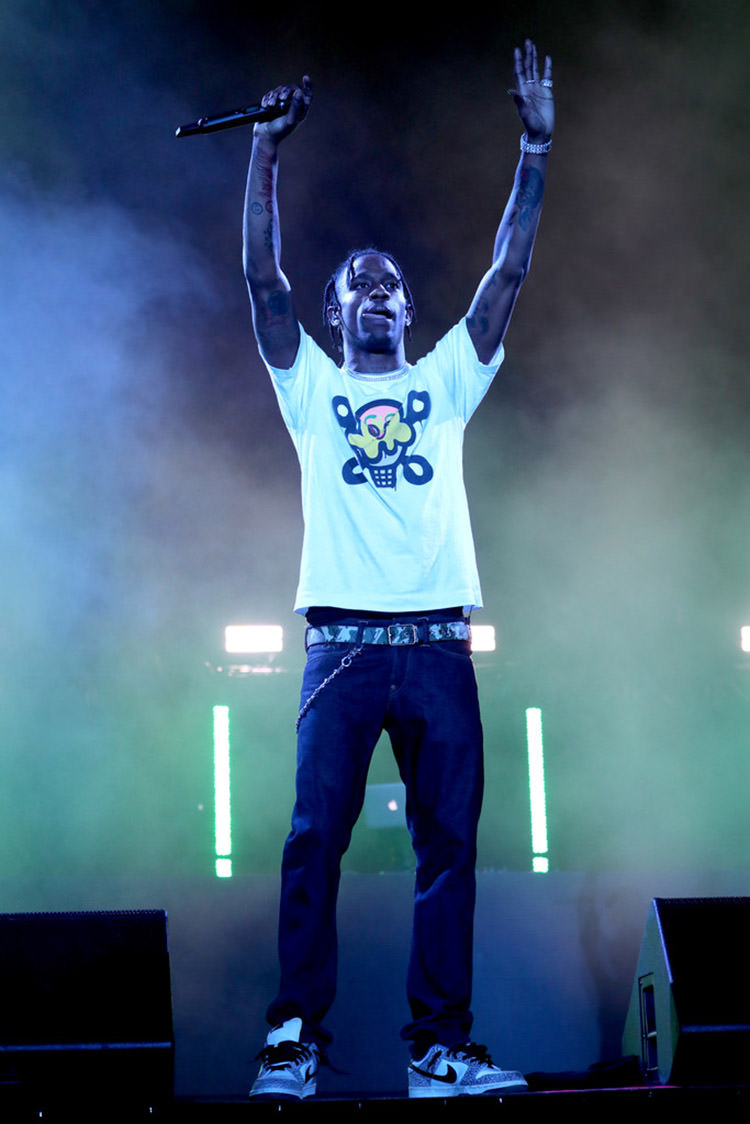 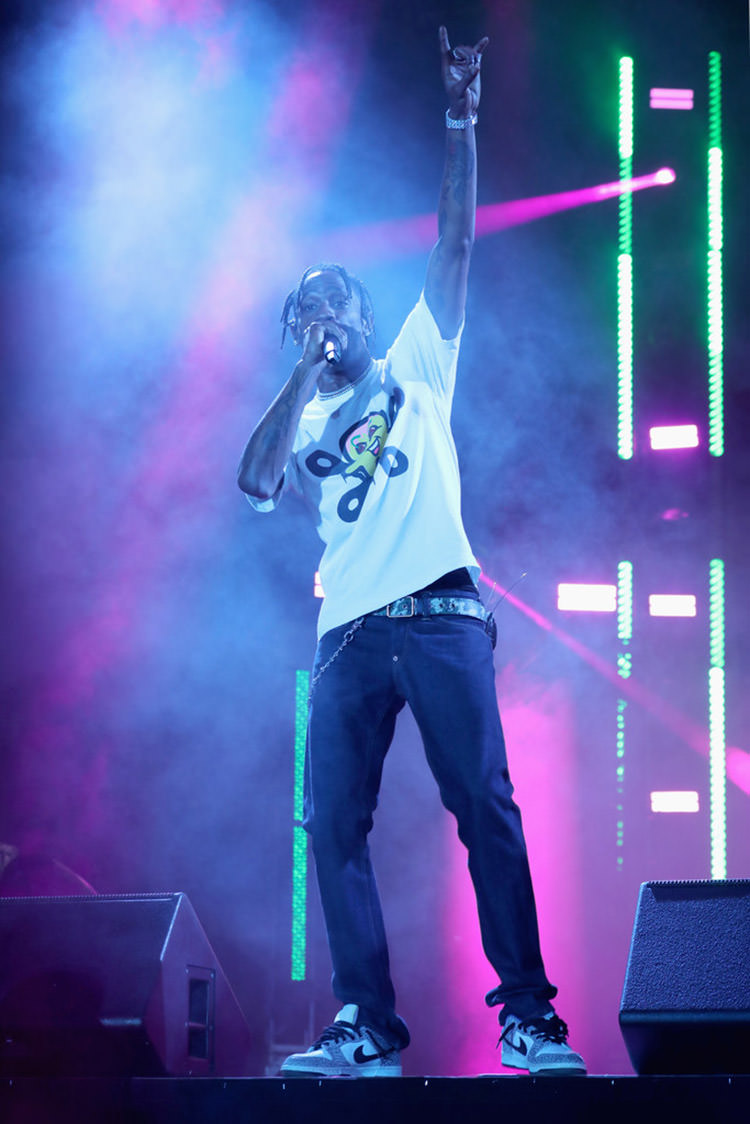 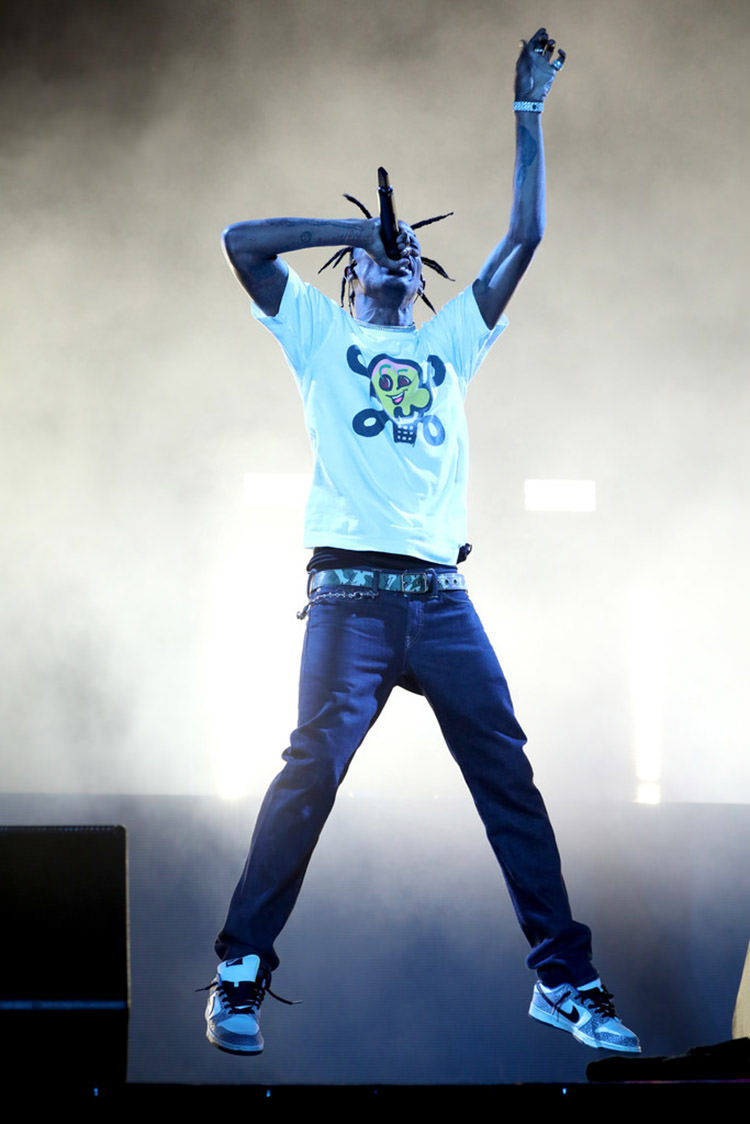 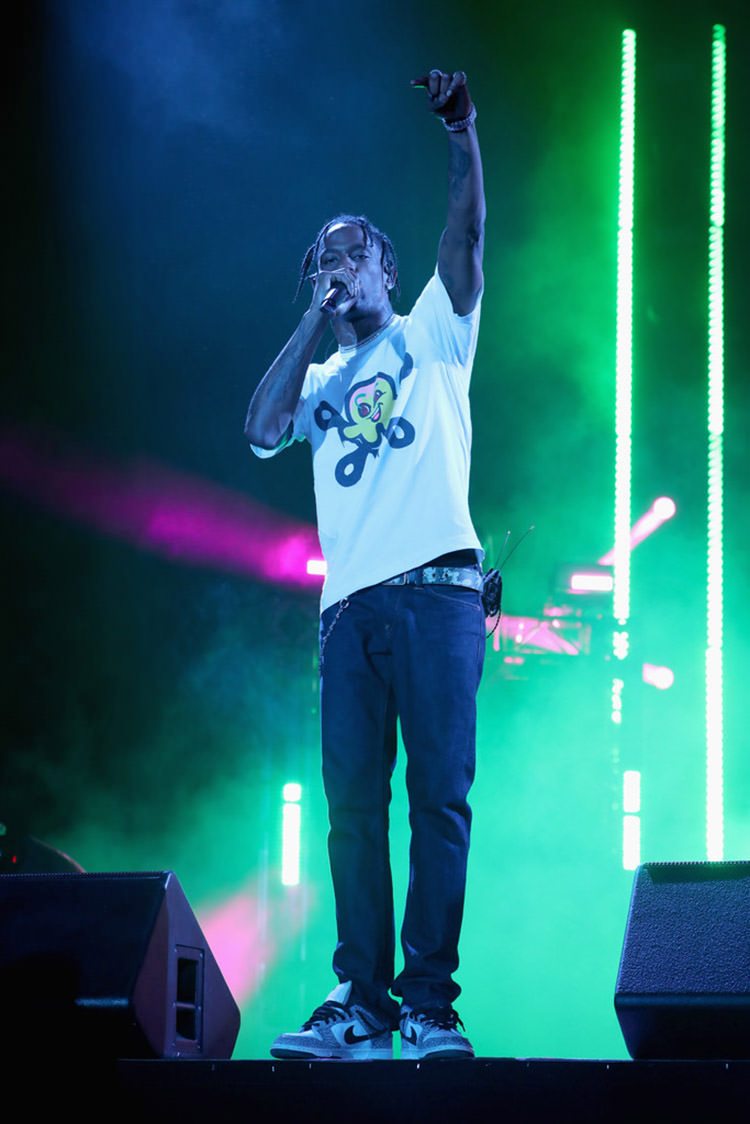 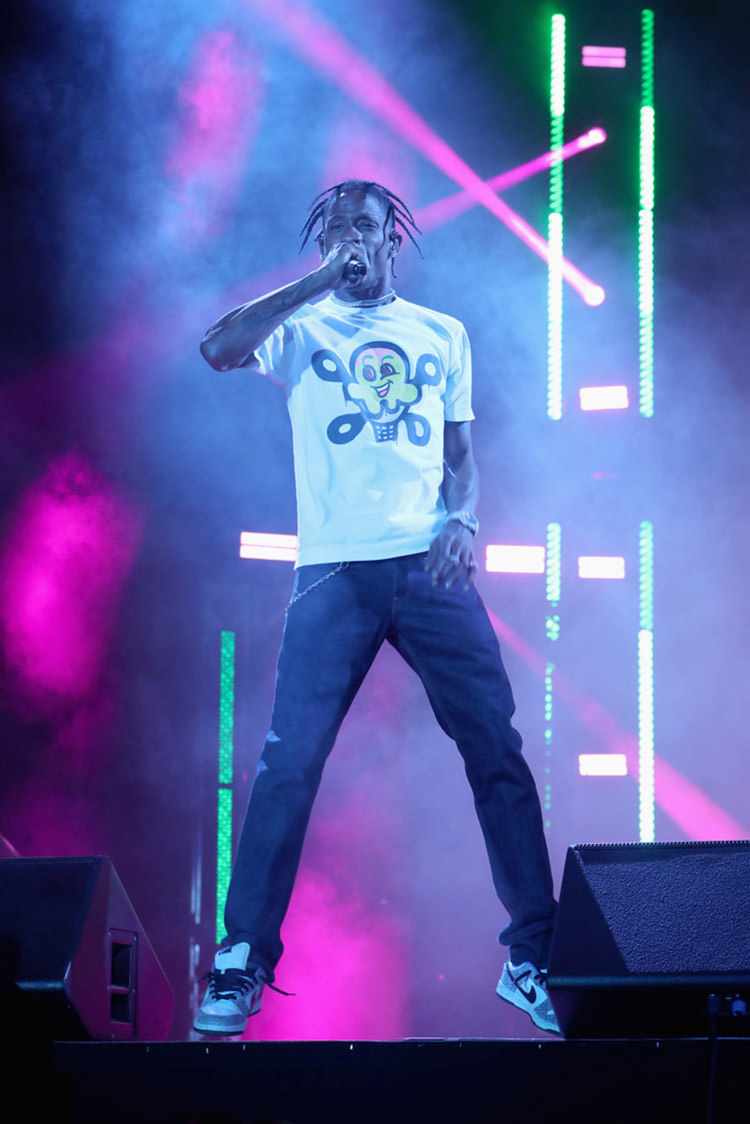