Where to buy the thisisneverthat x Converse Collection

South Korean label thisisneverthat has teamed up with Converse on a collection featuring the Converse Chuck 70 and the Converse One Star which is set to drop early next month.

“The 90s era is the biggest influence of our brand, and we tried to bring back the vintage style of Converse in the 90s while reinterpreting it in our own style, which we call, ‘NEW VINTAGE.’ Both the Chuck 70 and One Star feature a set of text and numbers on the midsole, which represent the internal serial numbers used to show the season and brand for each product. Plus, it is a detail that has also been used in thisisneverthat’s in-house collection,” said thisisneverthat founder Jongkyu.

The Chuck 70 uses a hairy cream suede upper with the All-Star logo featuring co-branding between the two brands. The toecap and midsole feature a patinated and aged look to the sneaker with a teal outsole finishing off the sneaker. The One Star uses a navy blue nubuck upper with the One Star logo appearing in black on the quarter panel. Co-branding is seen on the tongue tag and insole and the black midsole comes pre-scuffed and aged as well with a teal outsole finishing off the sneaker.

The thisisneverthat x Converse Collection is set to drop on November 4th via Converse.com and at select retailers for $110 respectively. Check out the official editorial and on-white photos below and stay up to date with the latest sneaker drop dates with our Sneaker Release Dates page.

Pokémon Celebrates their 25th Anniversary with a Converse Collection 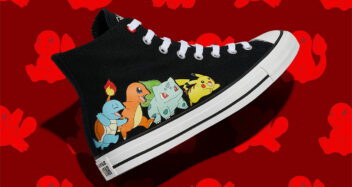 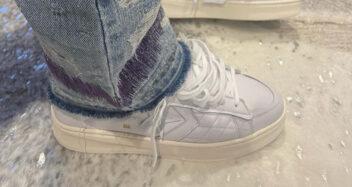 Where To Buy The Rick Owens x Converse Chuck 70 DRKSTAR 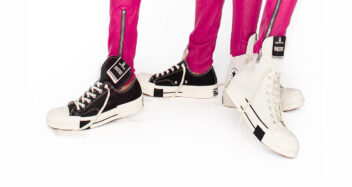 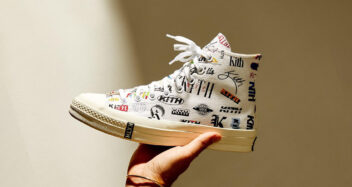