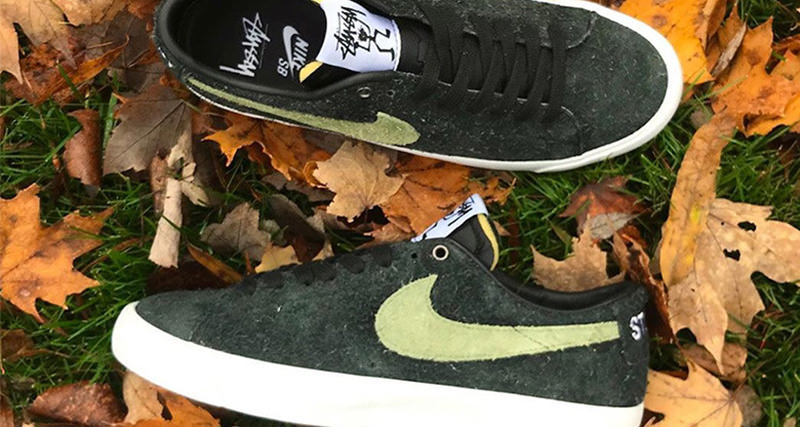 Stussy, the California streetwear brand that’s largely considered among the hallmark labels in its space, stands on the heels of yet another widely anticipated Nike collaboration. Re-imagining the Nike Blazer — as they first did back in 2002 with colorful leather mockups that still hold their weight in hype — as detailed last week when the shoe was first previewed, today a low-top conpanion is revealed to complete the set.

If the High was the more artistic of the two — covered in a quasi-aminal print that could easily double as a spray printed experiment gone right — the Blazer Low is certainly the simplistic yet refined sibling by comparison. Expressed through a spirited hairy green suede upper joined by a light green Swoosh working in contrast, Stussy’s beloved tribal stick figure is perched at the shoe’s tongue while further brand embellishments mark the insole and heel.

Although no official word from Nike has been spoken, several skate shops have confirmed the Stussy x Nike Blazer Low will release this weekend on December 8.

While you’re awaiting this drop, be sure to check out our Complete History of Stussy x Nike Collaborations.