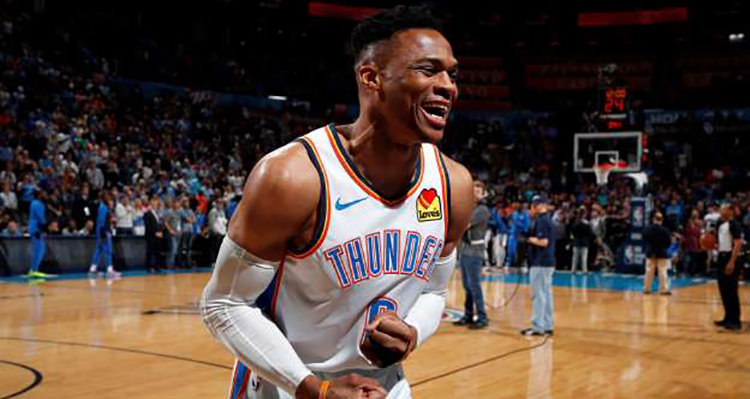 Russell Westbrook made history last night by becoming only the second player in NBA history to record 20 points, 20 rebounds, and 20 assists in a single game. The only other player to ever do so is the great Wilt Chamberlain.

Snapping a two-game skid against the LeBron-less Los Angeles Lakers, Westbrook tallied 20 points, 20 rebounds, and 21 assists as his Thunder topped the Lakers 119-103. The Thunder currently rank seventh in the Western Conference.

It wasn’t until the final seconds of the game that Westbrook snatched his 20th rebound, for which after, a dead ball immediately followed. At that moment, Russ was caught mouthing “that’s for Nipsey,” signaling that his all-time performance was in honor of his friend and recently slain Compton rapper, Nipsey Hussle.

Westbrook and Nipsey had been friends for years. Russell has spoken at length about Nipsey’s inspiration on his life. The two have worked together on community initiatives including Russell’s aid in Nipsey’s affiliation to the Destination Crenshaw Arts Project.

Russell, too, not only made history via his stat line, but also adds a prominent notch to his Jordan Why Not Zer0.2. Wearing a player exclusive colorway last night, there’s a strong likelyhood that the shoe will only continue to ascend given Russell’s heroics. And who knows, maybe sometime in the future, this PE will, in fact, become the Jordan Why Not Zer0.2 “Nipsey.”

“That wasn’t for me,” Westbrook professed postgame. “That was for my bro. That was for Nipsey.”

Russ dedicates his 20-20-20 performance to the late Nipsey Hussle. pic.twitter.com/KbkvwD3z0M 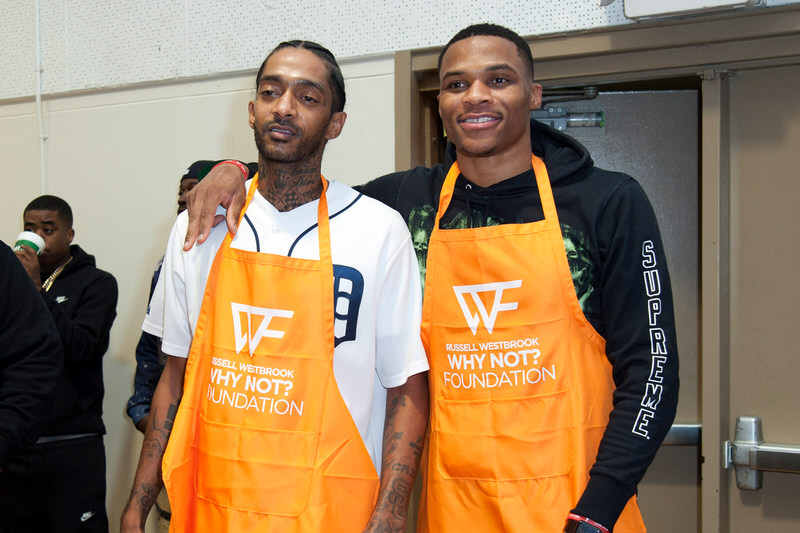