Fresh off the heels of Russell Westbrook’s Air Jordan 3 PE debut last night, we take a chronological look at his special PE makeups that Jordan Brand has created for him. Which Russell Westbrook Air Jordan PE is Your Favorite? Let us know in the voting poll below. 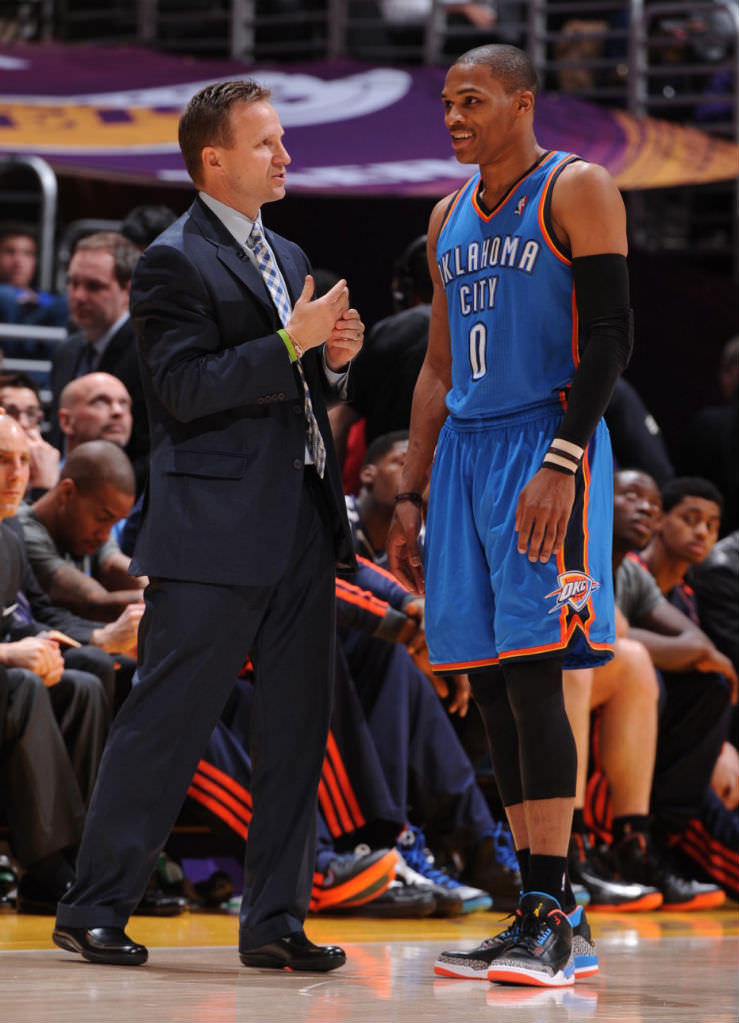 After announcing his multi-year agreement with the Jordan Brand in October of 2012, Russell Westbrook hit the floor in PE versions of the Super.Fly and the Air Jordan XX8. Close to midway through the season, he surprisingly laced up this Air Jordan 3 PE in the OKC color scheme. Black Cement is accented by blue and orange hints on the eyelets, inner lining, midsole and outsole, while yellow is seen on the tongue among other places.