After 19 Hall of Fame NBA seasons, 2008 Finals MVP and Boston Celtics second all-time leading scorer in franchise history, Paul Pierce, begins the second chapter of his illustrious career – as an NBA Analyst for ESPN. Pierce, retiring after the close of the 2016-17 season, will now appear on ESPN’s The Jump and NBA Countdown pre-game and halftime shows through the course of the season.

The Kansas Jayhawks product with roots in Inglewood, California, can’t remember a time when basketball wasn’t at the center of his life. After entering the NBA in 1998 as a lottery pick to the Celtics, Pierce was a perennial All-Star before teaming with Kevin Garnett and Ray Allen during the 2007-08 season that resulted in an NBA championship. But after a stint in Brooklyn alongside Garnett with the Nets, then in Washington with the Wizards and Los Angeles with the Clippers — nearly two decades of getting buckets — “The Truth” is trading in his uniform for a suit; a job for which he’s proven his worth over the last two years sitting in with the ESPN crew during their NBA Finals coverage.

During a media conference call for the network, the first in which Pierce has participated, he discussed how different his Boston “Big Three” is from the modern-day version featuring Kyrie Irving, Gordon Hayward and Al Horford.

“Our situation was unique,” Pierce said of his experience. “We came together and did it in one year even though we had all new faces. That’s hard to do.” Chemistry, and health, are critical even when you have three All-Stars. Pierce said that he was lucky to have the team he did, which is why when recently in Japan at the same time with former teammate Ray Allen, the two talked and made amends after a pretty public fallout due to Allen leaving the team for greener pastures to play alongside LeBron James and Chris Bosh in Miami. 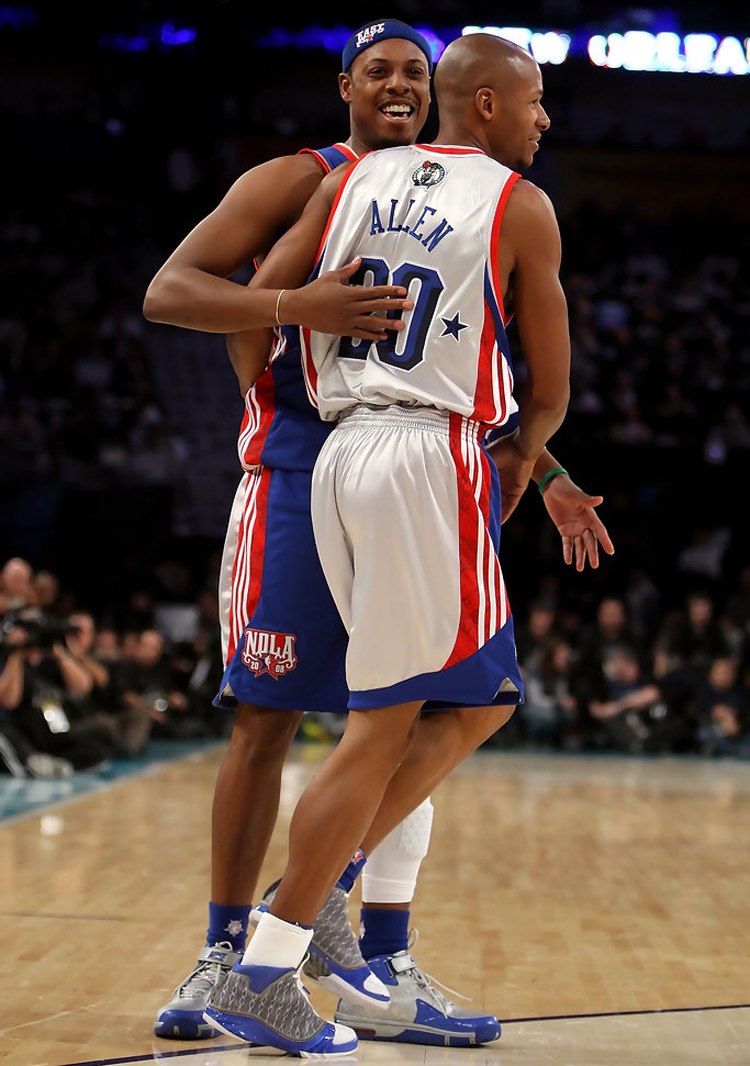 “I just saw an opportunity, when I was able to see him, to kind of bury the hatchet, put it all behind us.” More than just teammates, Pierce is happy to again have a relationship with someone he has long considered a good friend. “I was just excited because the funny thing, our families, our wives still have a relationship, and our kids — you know, we did things together with our kids. So it was more than just a working relationship. We were all like brothers and friends, and it was just like, you know what, I’m pretty much over it.”

The new look Celtics are heavy favorites to challenge the Cavaliers for the Eastern Conference crown, largely due to aforementioned newcomers Irving and Hayward. Pierce says he believes they’ll have a great shot, much of which he says won’t be solely based on basketball but friendship. He reminisced on his good old days in Boston and the sneaker wars with his All-Star riddled cast. ” I was on a team that had probably like three or four guys with their own signature shoe. And that’s something we used to compare. I remember us comparing our shoes every All-Star — me, Rondo, Kevin, and Ray. We always took pictures of our shoes. So everybody would post a picture of the shoes up. It was a lot of fun, man.”

Pierce, a longtime Swoosh faithful, wore Nike throughout his years at Kansas and of course his own shoes as a professional – the Nike Air Max P and Air Legacy respectively. Nowadays he’s very much a fan of both the Nike PG1 and the Nike Kyrie 3. “I like Paul George’s shoe. I got a couple pair of those already. I like his shoe. Or the Kyrie Irving signature. I like Kyrie’s shoes a lot too.” 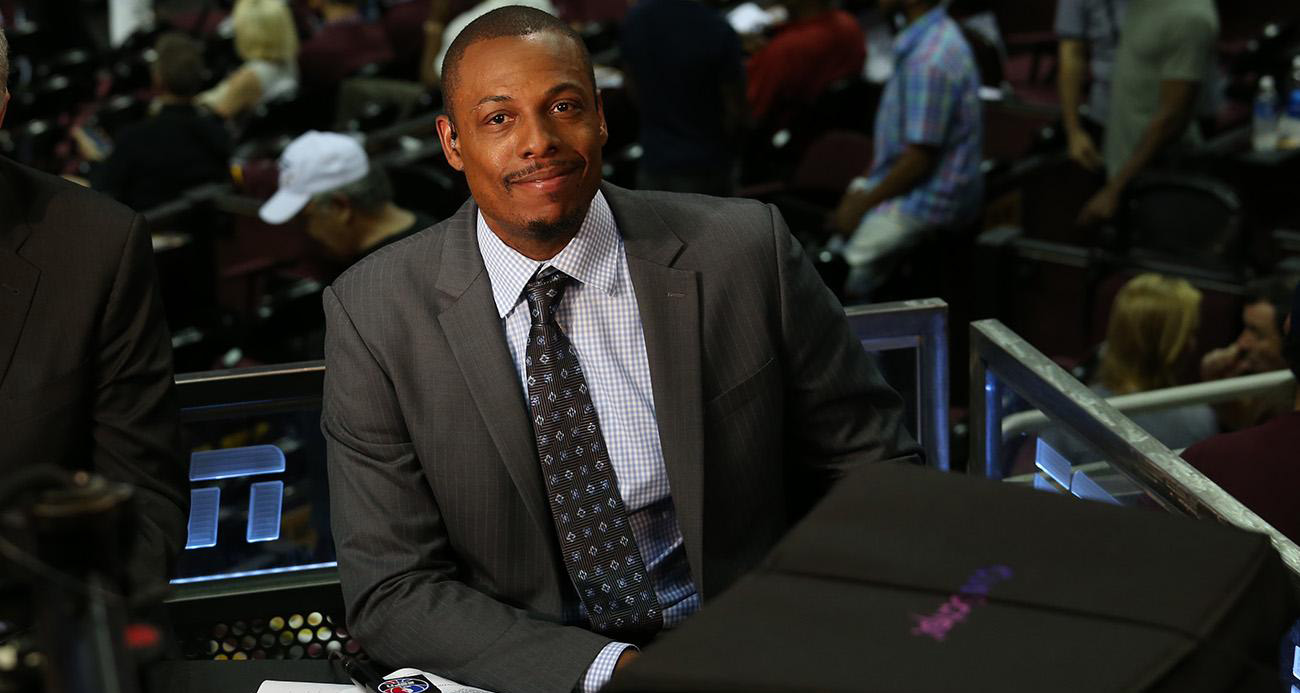 Be sure to catch Paul Pierce this Wednesday, October 18, during ESPN’s season-opening doubleheader starting with the Philadelphia 76ers vs. the Washington Wizards at 7pm ET, followed by the Minnesota Timberwolves vs. the San Antonio Spurs at 9:30pm ET.