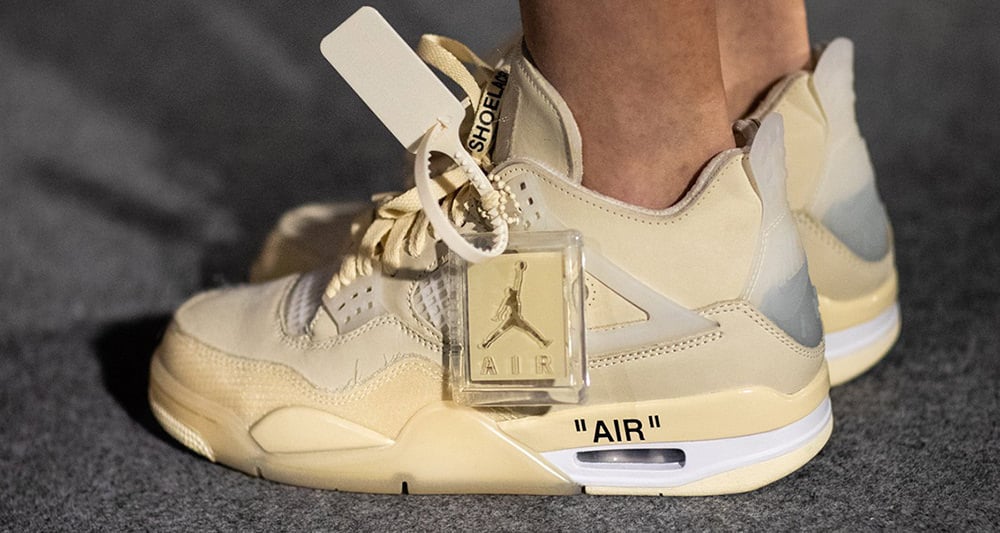 We’re only a few months into the new decade and it seems that Virgil Abloh hasn’t missed a beat. The OFF-WHITE founder has cooked up yet another collaborative Air Jordan, this time using the Air Jordan 4 as the silhouette of choice.

The rumored OFF-WHITE x Air Jordan 4 “Sail” made an official debut on the runaway during Paris Fashion Week as the Chicagoan designer and visionary showcased the brand’s upcoming women’s Fall/Winter 2020/2021 collection.

To some, the colorway comes as no surprise as the pair was displayed at the Museum of Contemporary Art in Chicago last summer. However, the runway debut of the women’s exclusive pair indicates that we’re closer to a release date.

The upcoming AJ4 comes off of the success of the OFF-WHITE x Air Jordan 5 along with its “Plot Twist” counterpart colorway that Virgil teased shortly after All-Star Weekend.

Take a look a the upcoming OFF-WHITE x Air Jordan 4 “Sail” that’s expected to release at the end of summer. Keep it locked here at Nice Kicks for further details as we learn more about the upcoming colorway.