It seems like only yestereday the Golf Wang was turning the set of Jimmy Fallon into Halloween havoc. Well, fast forward to a slew of fire albums, a Cartoon Network deal and a festival, and the kids from Odd Future are still crushing. The latest example proves to be the Nike Kyrie 5 “Taco” that’s dropping soon and just debuted on court.

Designed by Taco himself, Woodland camo covers the entire upper with hunter orange accents playing towards the outdoor theme. Taco tagging takes to the Venus Flytrap area on the tongue with Kyrie’s crest stamping the top. Perhaps most striking is the protruding Swoosh logo that’s much bigger than that of the inline version and wraps around the entire ankle collar. 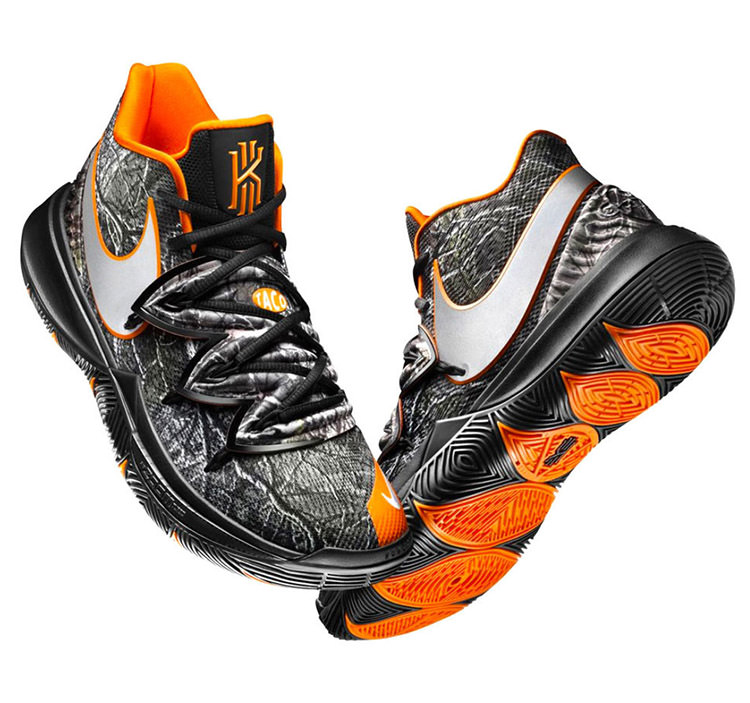 The Nike Kyrie 5 “Taco” releases on November 16th online at Nike. Peep photos of the collab on its two namesake figures below. 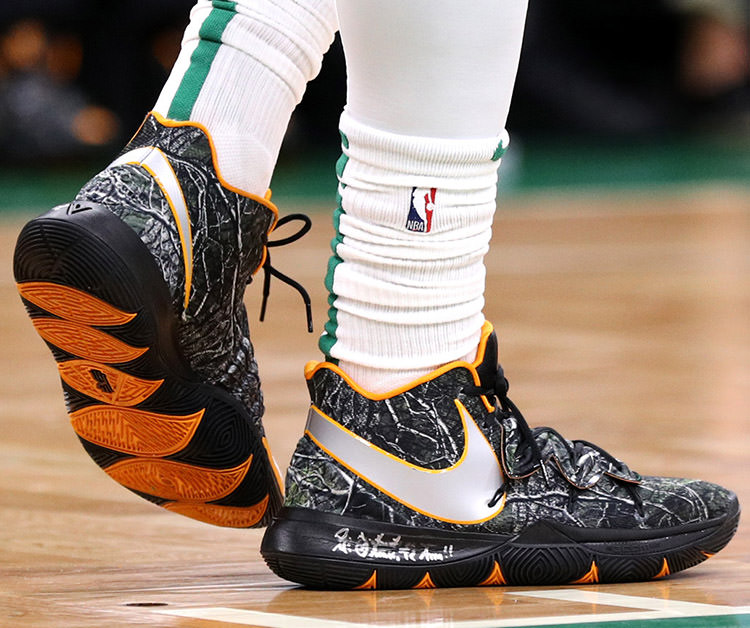 Tonight was like out of a fucking dream. Kyrie it was an honor to design shoes for u and man u don’t even know. 7 year old me is the happiest kid ever. U made dreams come true baby girl. Thank u Tony cause holy shit it finally came out and its like real in real life. Seth and Jared thank u so much man. This is wild. Nike Boyz Foreal. Got a sneaker deal and I ain’t break a sweat. #kyrie5 #teamnike ?