Today, Mitchell & Ness has released Michael Jordan’s #12 Bulls jersey that he wore on Valentine’s Day, 1990. During the 1989-90 season, Michael Jordan would play every game of the regular season; however, the #23 would not. Just moments before the Bulls vs. Magic tip-off, Jordan’s actual game day jersey was stolen out of the Bulls locker room and remains unrecovered to this day.

Despite being unable to fit a young fan’s replica jersey, the team equipment manager retrieved a spare Chicago jersey with the #12 and no last name on the back, which would become MJ’s uniform for that night only. More than a quarter-century later, Mitchell & Ness has reissued this jersey to tell the unforgettable story.

Priced at $300, the jersey has released exclusively at the NBA Store in New York, online at nbastore.com, the Chicago Bulls Team Store, the Upper Deck Company, the Charlotte Hornets Team Store, Basketball Hall of Fame, and Mitchell & Ness flagship store.

Check out photos below of the jersey as well as game day shots from 1990 when MJ wore the jersey in game. 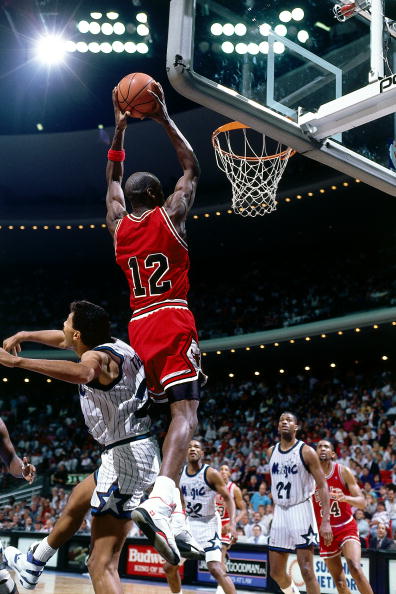 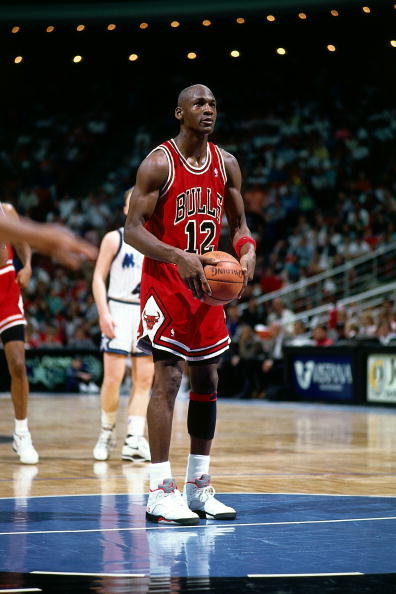 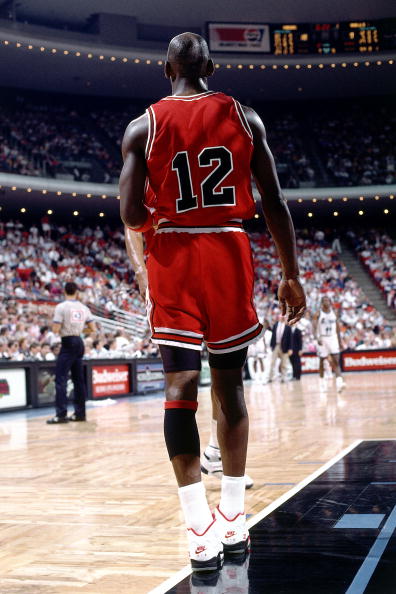