Kylie Jenner is officially Team adidas. The beauty mogul/modern model let the world know today that she’s on board as an ambassador of The Three Stripes by posting a video with the announcement on her IG story, wearing the recently released adidas Falcon. 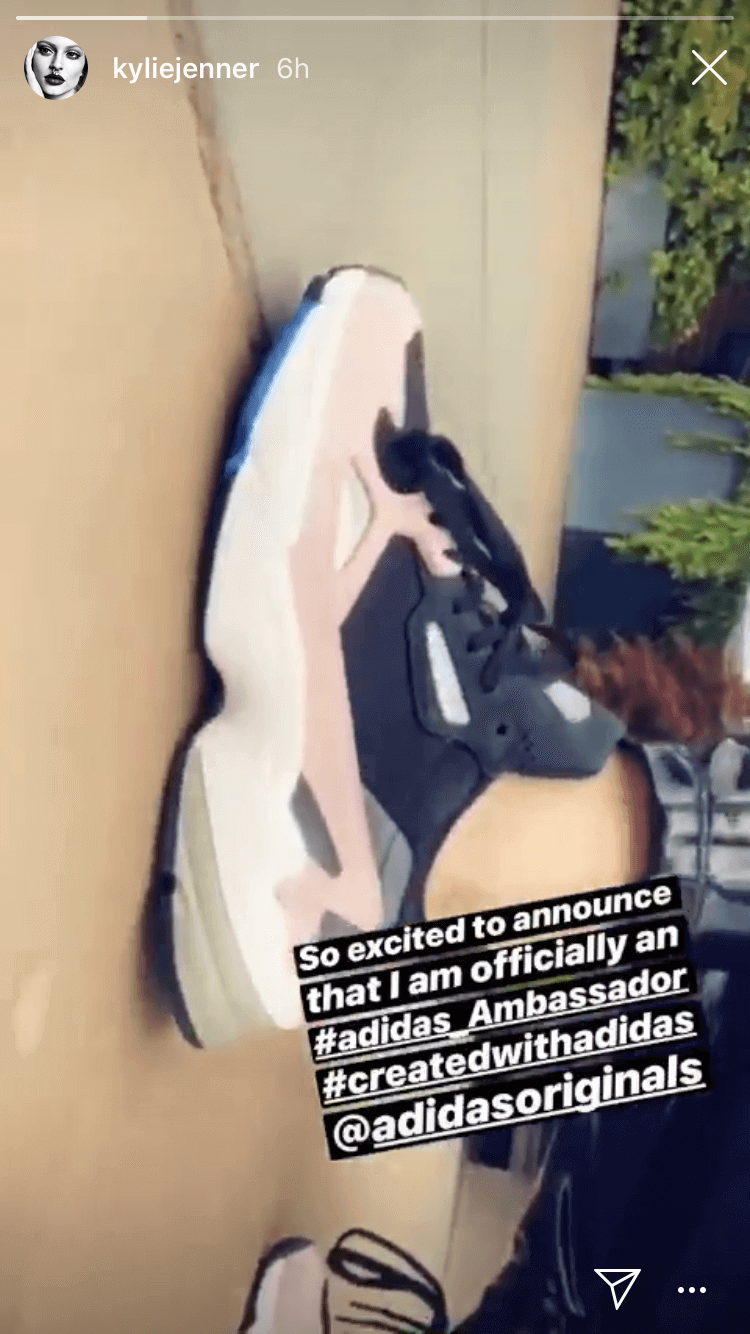 Some would say that Kylie to adidas was many months or more so years in the making. When the youngest Jenner first signed a partnership with PUMA in 2016, her brother-in-law Kanye West was vocally critical of the assumed but then unannounced move as Team Yeezy was intended to house the Kardashian/West/Jenner family as a whole. 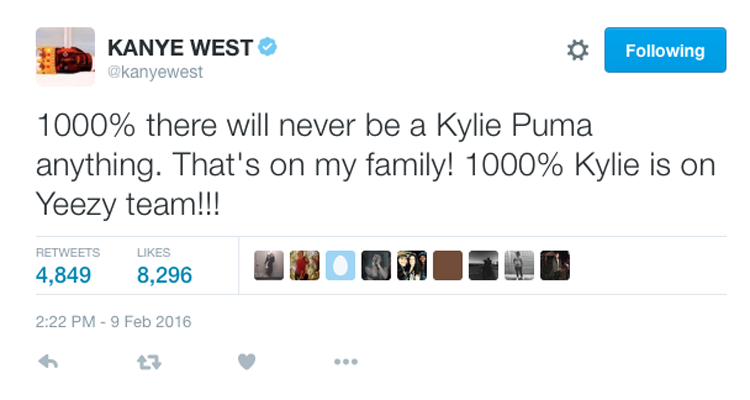 The Kylie x PUMA partnership in 2016 lasted the course of the year with Jenner appearing as a model in marketing efforts for the brand while also wearing select shoes and slides in public and on IG. 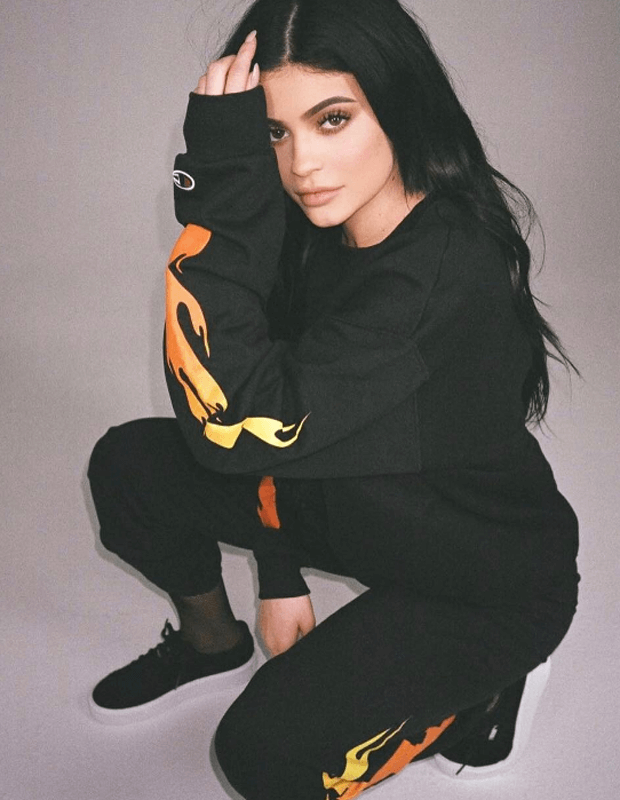 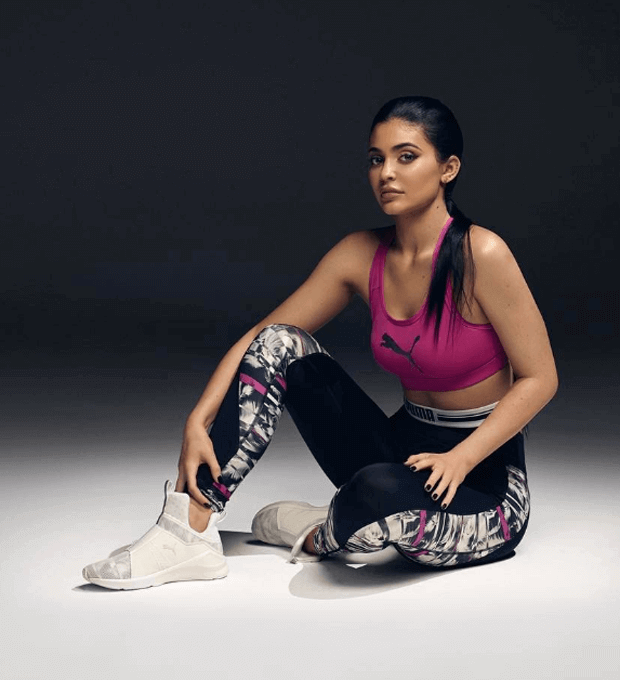 By 2017, Kylie would be seen wearing Yeezys on the regular — among other brands — all but confirming an end to the PUMA partnership and a focus on the family’s footwear line. In May of 2017, big sister Kendall would make it official with adidas as an ambassador while Kylie would remain a wearer of Yeezy/Calabasas kicks but a free agent where a deal was concerned.

In 2018, Kylie proved the first person to don what looks to be the last of three Travis Scott x Air Jordan 4 collaborations. While her significant other is famously a Nike Boy with JB ties, Jenner juicing the Stripes for the duration of her deal sees the Forbes cover star continuing to make moves.

chillin in my @fashionnova

While details regarding the 2018 Kylie Jenner x adidas partnership have not been disclosed by the star or the Stripes, one would imagine Jenner would serve as the face and feet of trending ’90s nostalgia models like the Falcon and Yung-1 while her sister Kendall continues to front classic styles such as the Stan Smith and the Forum. Keep it locked to Nice Kicks for updates.

UPDATE: Kylie Jenner will be fronting the adidas Falcon campaign. 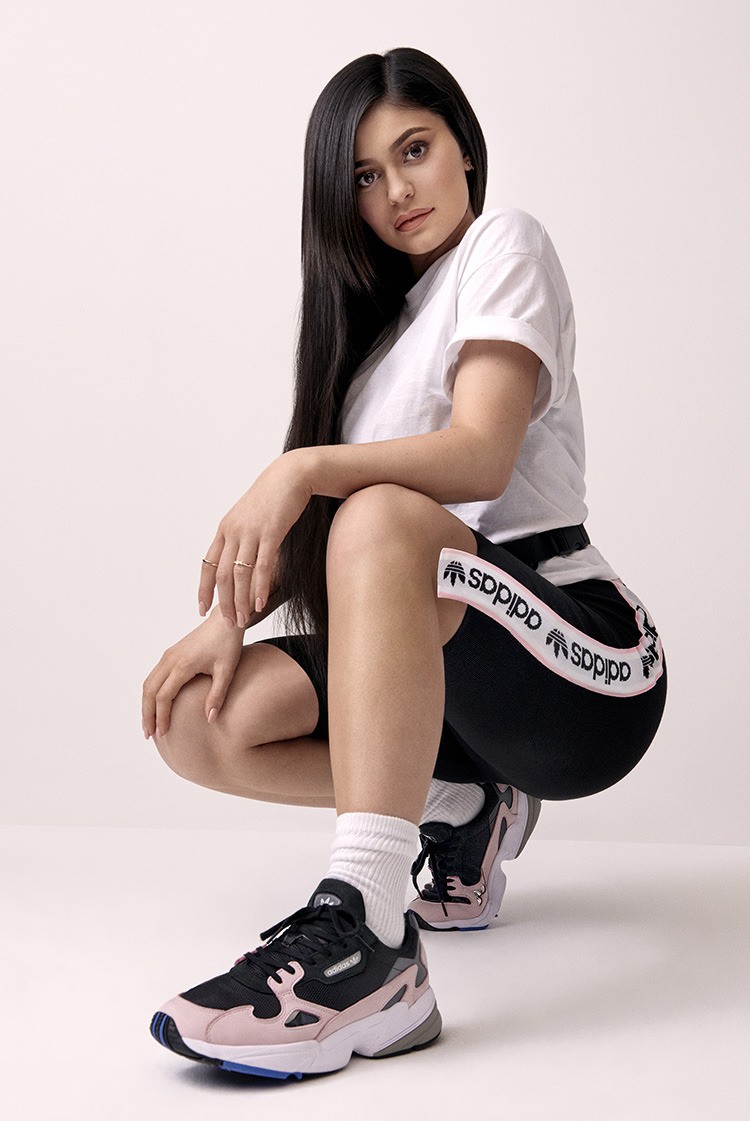