Earlier today, we found out that the Reebok Question Kobe Bryant PE from the Laker legend’s famed sneaker free agency season will release for the first time.

Who debuted this surprise? None other than Allen Iverson himself. 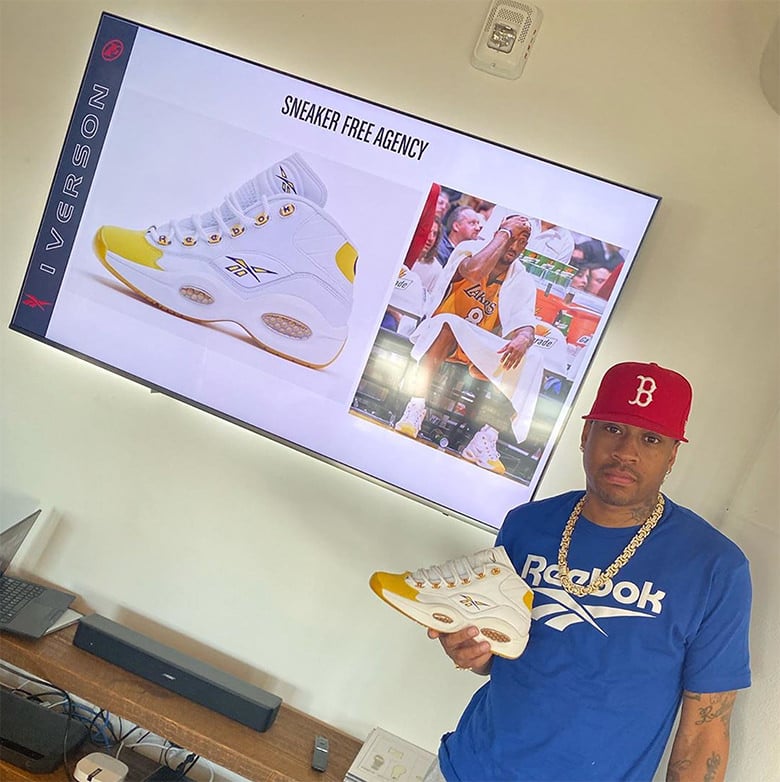 While Bubba Chuck and the Black Mamba have a great rivalry and respect now in retirement, such was on full display during the 2002-03 season as Kobe laced up both the Reebok Question and Reebok Answer IV made famous by AI in player exclusive form.

See the tale of the tape below.

+ This colorway is going to return for the first time in retro form.

+ Upon its debut in the fall of 1996, the Reebok Question proved an instant classic remaining on shelves season after season in the early 00s

+ This White/Black general release pair proves such, worn by Bryant who also laced the “Concord” 11s as a free agent

+ This Black/Silver pair is a general release though striking similar to the $65,000 Reebok Question

+ Of the times, Kobe Bryant also laced up the Reebok Answer IV of which AI wore against him in the Finals the previous season

+ A home-based PE pair was heavy on white with slight purple contrasts appearing on the outsole, branding and eyelets

+ Much more bold, this Reebok Answer IV PE was heavy on purple and near identical in blocking to AI’s on court favorites

+ Like the “Purple Toe” Questions, this PE eventually got the retail treatment as a retro years later

RELATED // Every Sneaker Kobe Played In