After vowing to fight the lawsuit against him by Nike over the GF-01, John Geiger has hired Kenneth Anand to lead his defense team. Anand worked with YEEZY from 2017-2019 as the General Counsel and Head of Business Development at YEEZY Apparel and also co-founder of 3 8 0 Group, a fashion licensing company specializing in the manufacturing and distribution of premium apparel, footwear, and fashion accessories. Annand is also the co-creator of Sneaker Law, a textbook that goes into detail about the sneaker business.

In a statement given to HYPEBEAST, Geiger’s team has stated that Nike can’t pick and choose who to sue over its trademarks, and although Geiger’s GF-01 is inspired by the Nike Air Force 1 Low, there’s no likelihood that the two sneakers can be confused for one another.

“John Geiger has produced a premium sneaker that is materially different from the Air Force 1 in its design, quality, price, and positioning”, says Anand about the case. “There can be no likelihood of confusion between the two. It is well known that the Air Force 1 has been a source of inspiration for many footwear brands. Nike cannot selectively enforce its trade dress against certain creators just because they think they will roll over and settle. At some point, this has to stop.”

Looks like Geiger isn’t backing down to the Swoosh and is going to fight tooth and nail against this lawsuit. Is Nike just protecting its brand or are they overstepping its boundaries? Let us know on Twitter and Instagram. 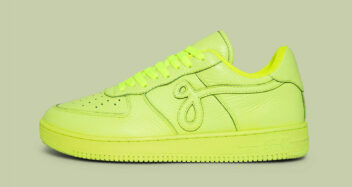 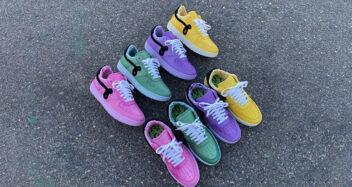 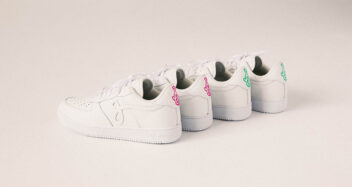