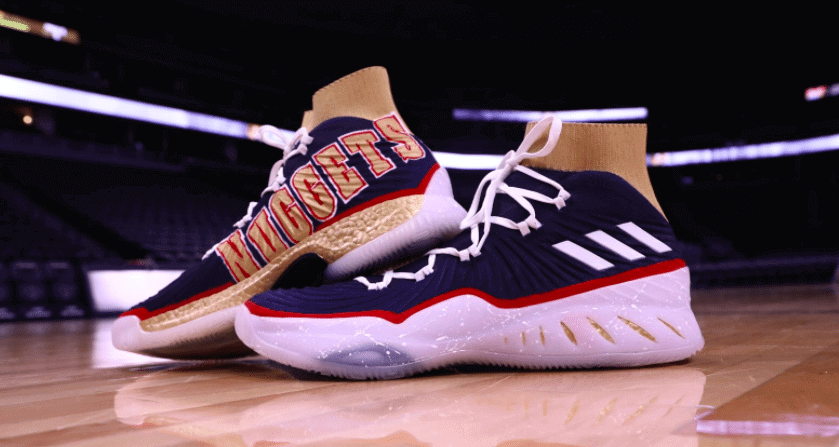 On Saturday against the Dallas Mavericks, the Denver Nuggets hosted ’90s Night, where they honored team legends like Robert Pack and LaPhonso Ellis. To celebrate the special night, Nuggets guard Jamal Murray laced up a custom pair of the adidas Crazy Explosive that featured Denver’s classic logo from the ’90s.

Sporting Denver’s ’90s colors of navy blue, red and gold color throughout the entire silhouette, Murray’s Crazy Explosive also featured an old school Nuggets logo on one side and his No. 27 on the other. A sparkly sole with gold accents completes the look, which is reminiscent of the ABA-themed adidas Crazy Explosive Murray rocked earlier this season. 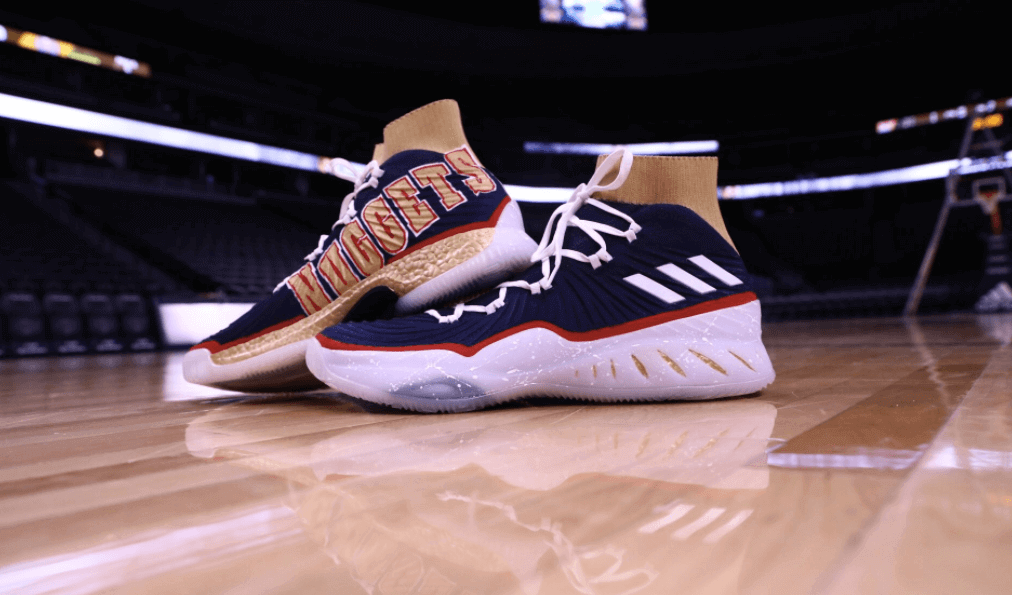 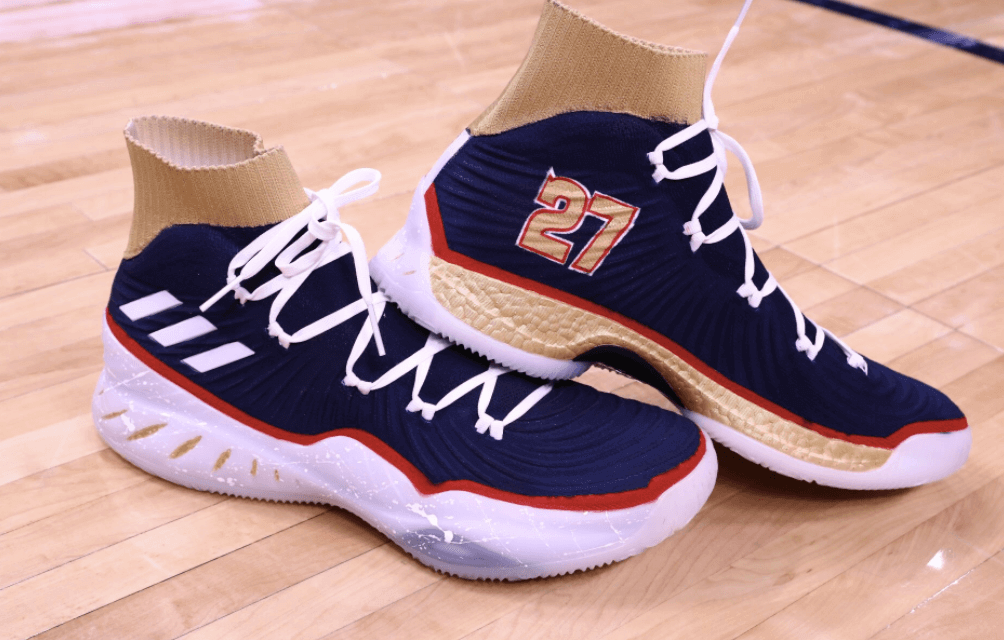