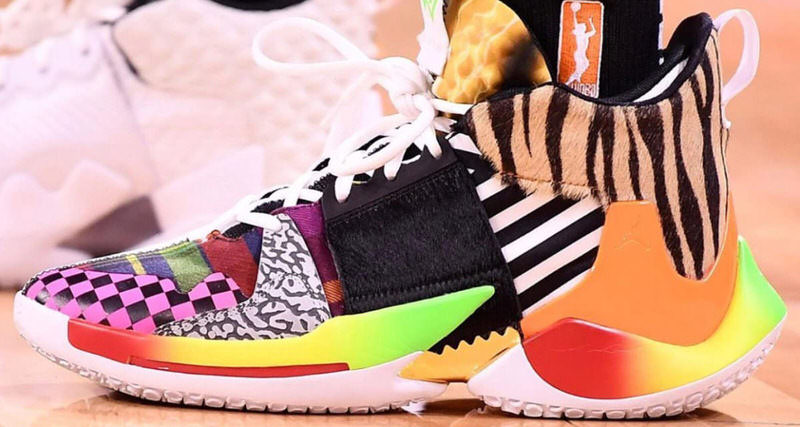 When it comes to sneaker deals, there’s levels to it.

You can enter as a free-agent wearing league-sponsored kicks or heat from your own collection. The next tier up is having a deal with a brand. If you’re lucky enough, they’ll show you some love on-court with colorways of their latest products. A few, however, achieve the Mecca of a sneaker deal — having their own signature shoe.

The signature shoe is how players cement their legacies in the footwear world and establish dominance within their respective game. A plethora of NBA players have had their own signature shoes.

But what about the WNBA?

If you’re a sneaker OG, Sheryl Swoopes, Cynthia Cooper, Lisa Leslie, Rebecca Lobo, Dawn Staley and a few other names have had the honor of having their own signature shoe model named after them.

It’s been awhile since we’ve seen a WNBA player with their own signature model. With the next generation of elite W hoopers and sneakerheads emerging onto the hardwood, maybe the pendulum will swing back once again.

Until then, the best players in the W are riding high on the momentum of the second to last tier with limited colorways.

We caught up with New York Liberty guard and UCONN product Kia Nurse about hooping in the Jordan Why Not Zer0.2, her relationship with Russell Westbrook and more.

Kia Nurse on Her Relationship with Russell Westbrook

Westbrook is a huge fan of people wearing his shoe because it feels surreal for him. Has he reached out to you at all?

Kia Nurse: We communicate through our Jordan connect. We’ve had a couple of interactions on Instagram. He’s been really supportive. He’s posted my kicks a couple of times so that was awesome.

Being able to represent him, what he’s put into his game and how he’s gotten to where he is today, is awesome to just be a part of the Jordan family. I know the sacrifices and hard work these guys go through day in and day out. For them to have gotten to this point to where they have their own shoe is incredible. I’m more than happy to represent that.

What it’s Like to Hoop in the Jordan Why Not Zer0.2

You’ve been wearing the Jordan Why Not Zer0.2 a lot this season. What do you like about the shoe?

Kia Nurse: I absolutely love the lightweight feel of it. That’s a big part. As long as my feet feel good while I play, then I’m good. That’s big for me. I really like the way they look as well. I’m a big proponent of Russ, his game and what he does. There’s so much to them. The colorways as well have been on point.

On Playing in the Most Limited Jordan Why Not Zer0.2 Colorway

We saw you rock a “What The” pair. Is it true that only two pairs exist?

Kia Nurse: I was wearing a Why Not Zer0.2 called “Own the Chaos” which essentially pieced up all of the PEs [Russell Westbrook] had. They put them all on different areas of the shoe. Russ wore them once.

Jordan Brand came out and said, “These are crazy, we’ll make you a pair for All-Star and in an insane box.” When it came to the hotel, I was like, “What is this?” and they said they wanted to be over the top. It was amazing. Only Russ and I have them in this colorway.

Kia Nurse on What Jordan Brand has Lined Up for Her

Are there anymore Liberty-themed PE in the works?

Kia Nurse: They’re in the works. A lot more is on the way…