On any average day, you might run into Tega Akinola sporting her Skechers D’Lites, but don’t let that fool you, because this girl is a major tastemaker. With co-signs from Puma, Nike, and even Vogue, Akinola is on her way to upcycling the future of her dreams.

Born in Nigeria, Akinola moved to the United Kingdom when she turned 7-years-old. The now 22-year-old was raised by a seamstress and a graphic designer. Her household was always creating something, with Akinola and her siblings spending their time drawing as they grew up. Being that both her parents are creatives, Akinola always felt that her inner artist was nurtured by her environment, but it still wasn’t obvious to her that she would eventually pursue a career in the arts.

Outside of her creative household, Akinola spent a lot of her time surrounding herself with sports. Although Soccer seemed to be the gateway to sneakers for a lot of her peers, Akinola got introduced to sneakers through Basketball, rooting for the Los Angeles Lakers all the way from the UK Midlands.

“It’s so weird calling them sneakers,” laughed Akinola. “We call them trainers over here, but I had always been interested in sneakers. Growing up I didn’t really have money to buy cool sneakers, so when I got my first job at 16 I was like, ‘I’m going to buy all the shoes I want.’”

Finally Akinola was able to buy herself a pair of adidas Superstars in “Triple Black.” While her classmates were interested in silhouettes that were more sporty and complicated, Akinola always appreciated sneakers that had more of a timeless style to them.

“From memories of growing up, when I was around my peers, everyone was always trying to get the latest shoes or the coolest sneakers, but I kind of didn’t think the ones that were going around were that cool,” said Akinola. “It was like ZX Fluxes and Nike Huaraches. Those were like the ‘in’ things with teenagers at the time in the UK Midlands, but I didn’t really like those. I liked more of the classic sneakers like the Air Force 1s, the high-tops, and then obviously you’ve got the Superstars as well. Those are more what I lean to.”

After Akinola finished secondary school, she decided to attend university to study Sports Psychology. Her studies were interrupted by the global COVID-19 pandemic, which seems obvious at this point in time, but of course, Akinola didn’t see this coming. Up until then, she had just started experimenting with creative projects and was using her Instagram as an outlet.

“I tried a lot of different things to see if I could do it and if I liked it,” said Akinola. “One of the things I tried when I was first getting started was outfit pictures. I liked seeing what others were doing and I wanted to try and do it myself. It went off from there.”

Akinola began accessorizing with chain laces and even Nike Swoosh hoops that she handmade herself, leaving her IG comments to be instantly flooded with requests to purchase. Yet it wasn’t until a year later, when Akinola posted her first concept shoe, that she would be introduced to the internet as the creator we know now.

As she thinks back to that first post, Akinola remembers how nervous she felt. She shared a simple Mary-Jane style block heel that was crafted with Nike socks, giving the heel a ribbed texture that was finished with Swoosh branding throughout the silhouette. This design would end up serving as a foreshadow to Akinola’s signature style, which combines athletic fixtures with classic feminine fashion.

Not long after, Akionla was organizing her room during quarantine when she came across an old bag of charging cables. The USB cord reminded her of an ankle strap, which inspired her to get creative. She carefully cut the cords and placed them on a block heel silhouette, creating a maze-like formation. Akinola posted the shoe on Instagram and was met with astonishment and applause. People were dying to know how she did it.

”My thing is just trying, first of all. I didn’t know I could do it until I tried to do it,” said Akionla. “I don’t know if this is going to sound cocky, but I’m not the sort of person who believes I can’t do something, before I at least try to do it, and then you have to stick with the process because it can get challenging, and a bit less fun at times. That’s how I approach life in general actually.”

With her cable heels being such a success, Akionla decided to take the concept to one of her all-time favorite silhouettes, the Nike Air Force 1.

“The Air Force 1 is a classic silhouette to do an upcycling project, so that’s what I did. The cables show a sort of kinetic energy that flows around the Swoosh. I hadn’t seen anyone do cables on sneakers in that way, so I wanted to try it out.”

Since then Akinola has taken on many different upcycling projects, working predominantly with sneakers, heels, and bags. She’s been inspired by designers like Matthew Williams and the late Virgil Abloh, both of which she admires for their ability to combine streetwear and luxury. Helen Kirkum has also been another influence in her life, inspiring Akinola to look at the intricacies.

“I like to focus on the details. Even when it comes to stitching, what color the thread is, or how the stitching looks – whether it’s messy on purpose or if it’s clean, and where it goes. Even when I draw out my sketches I focus on the stitching. So details like that, just the little bits that come together to make one piece, that’s what I like to focus on. I see that a lot with Helen Kirkum as well. The details in her work are amazing and I’m so inspired by that.”

Aside from her creative work, Akinola defines her style as being inspired by Y2K. She even credits New York Hip-Hop from the early aughts as being a reference point, with Aaliyah being her forever style icon.

“I’m very casual day-to-day, but streetwear is one of my main inspirations when it comes to my personal style. It’s a more masculine style in a way, with the baggy trousers and oversized fit, but I love that it’s not so masculine anymore, women can wear it too. Especially New York Hip-Hop back in the day. The stuff they were doing, I loved it. I try to translate that into my style.”

Even though Akinola recognizes that sneakers and streetwear are a male-dominated industry, she doesn’t shy away from wearing what she wants and doing what she loves. She gravitates towards women’s heels and purses for their unique shapes, but sneakers still remain special to her, with her most recent cop being the Comme Des Garcons Homme Plus x Nike Carnivore. In recent years, Akinola feels that pathways for female creatives to get involved in the sneaker industry are finally starting to become more of a common occurrence.

“I think female creatives are more overlooked than male creatives. Sneakers are traditionally seen as a masculine thing, but I think it’s getting a lot better. There’s so many female creatives out there now and we’re seeing a lot more women in sneakers,” said Akinola.

In the future, Akinola hopes that she’ll be able to collaborate with brands like Nike, Patagonia, or North Face. This route seems like an inevitable evolution for Akinola, as she commonly uses thrifted garments from these brands to create her upcycled designs.

“I want to grow my process a bit more with the stuff I make. I want it to be more streamline and create more. Then I want to collaborate or partner with brands to do campaigns or initiatives, or even capsule collections. Those are the goals I want to achieve in the next five years. I think all the brands that I make stuff with, I can see myself doing something with them.”

Akinola’s work has been widely well-received across social media, with her Instagram garnering over 100k followers. She gushes over the support that she’s been given and feels grateful for the opportunities that social media has provided her.

“It’s amazing to get this much support. I really appreciate it from everyone, but at the same time, I also feel like I’m still just me. There’s still a sort of imposter syndrome at times because I’m myself, and I know what I go through to do all this stuff, but I’m really grateful for the support. It’s crazy to see how everything has progressed.”

Yet even with all the love, Akinola admits that she still gets nervous about sharing her work. But she knows that more than anything, the power of art is having the courage to express yourself, so she accepts her nerves and takes the risk.

“I think you can be nervous, but still do it anyway, because if you give-in to the nerves too much you’re not going to get anywhere. If you let it stop you from doing something you want to do, you’re not going to get anywhere. So you have to just accept the nerves and try to push yourself to do it. Don’t be too nervous of other people’s opinions. Obviously positive opinions are good, but they’ll always be negative opinions, and I don’t necessarily think that’s a bad thing. I think it will happen by default because people think differently and view creations differently. So you kind of have to expect it and then actually be glad that they looked at your work, and thought about it long enough that they talked about it, and that they even had the energy to actually type something. It’s getting their attention.” 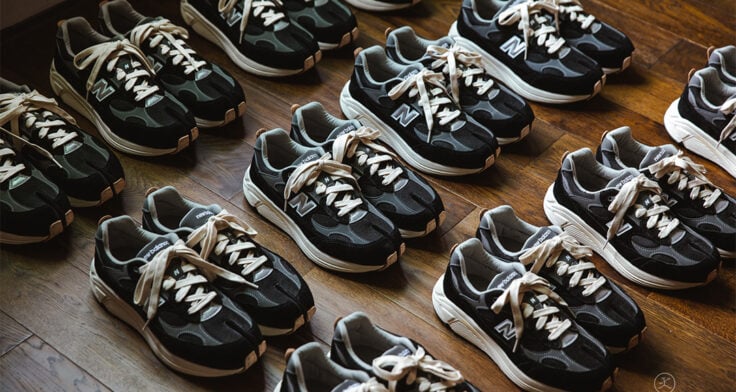 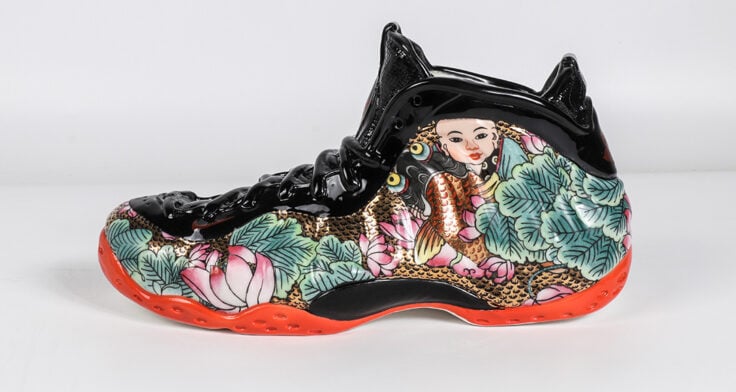 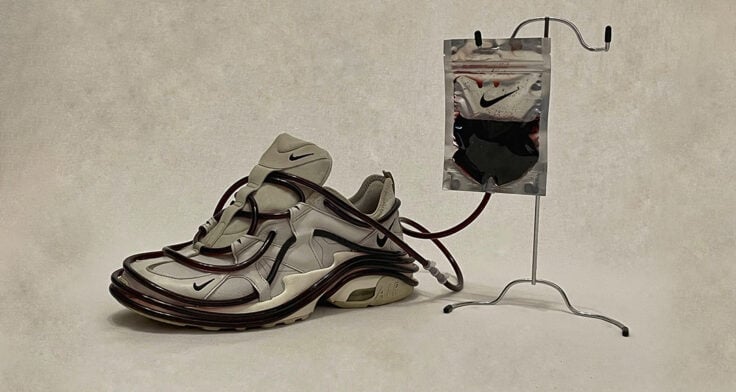