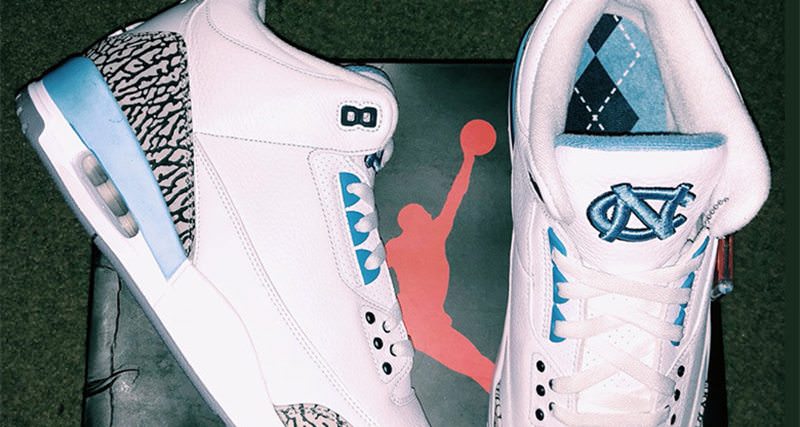 After it was announced yesterday that Jordan Brand has added the University of Houston men’s basketball team to its short list of schools that will don both Jordan apparel and footwear, another from the acute fraternity gets an Air Jordan 3 player exclusive.

The most adoring of them all considering it’s Michael’s alma mater, the North Carolina Tarheels get laced with the 1988 classic after PE pairs for Michigan, Marquette, and Georgetown emerged prior. Even more fitting, the white and Carolina Blue pair was debuted by MJ’s son, Marcus Jordan. The Heels see their plaid pattern mark the insole while the team logo fills the tongue in traditional fashion.

Grab a closer look at the Air Jordan 3 “UNC” PE. Hopefully the Cougars of U of H are next on the list. Stay tuned.