Removed from simply re-issuing sneakers that we’ve seen — and likely purchased — before, Jordan Brand has found sustained success in the retro market by approaching releases with captivating vignettes that spill into supporting genres. They’ve effectively placed a cocoon around their sneakers, coupling each with a compelling narrative that explores Jordan’s impenetrable legacy in varying directions that sidestep traditional release strategy.

Next summer, the Air Jordan 3 “Knicks Rivals” will affirm the aforementioned project direction by focusing on the teams that challenged Jordan on his path to greatness.  In the Eastern Conference, few held more weight than the New York Knicks — an imposing and physical team that enforced its brutal will under the bright lights of Madison Square Garden. This Air Jordan 3 pulls from the team’s home whites.

Although official images of the shoe have not yet been seen (only photo renderings), the theme is largely similar to others we’ve adored in the past. The most famous over the past half-decade, of course, is undeniably be the “Shattered Backboard” story, which champions a rim-shattering MJ moment in 1985 during an exhibition game in Italy. Widely unknown tales like that one can spark an entirely new momentum behind an existing shoe. The Air Jordan 3 never truly needs a push; only the visibility for which to be consumed.

The Air Jordan 3 “Knicks Rivals” is expected to release next September. 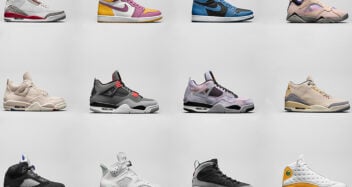 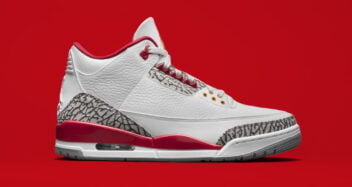 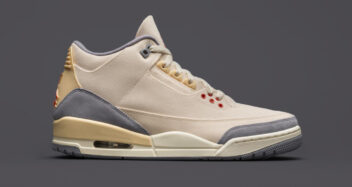