Nineteen years ago, the world celebrated the launch of arguably the most iconic Adidas sneaker worn by Kobe Bryant – the adidas The Kobe – a pair that serves as one of the most avant-garde sneakers ever created, a polarizing silhouette much like the man himself.

Early in his career, Kobe played with a giant chip on his shoulder, the new kid on the block with much to prove. Like Jordan had done nearly a decade earlier, Kobe seemingly had no fear and challenged the opposition – including his idol – with reckless abandon and raw talent that made both Jordan, NBA players, and fans around the world take notice that he had arrived. 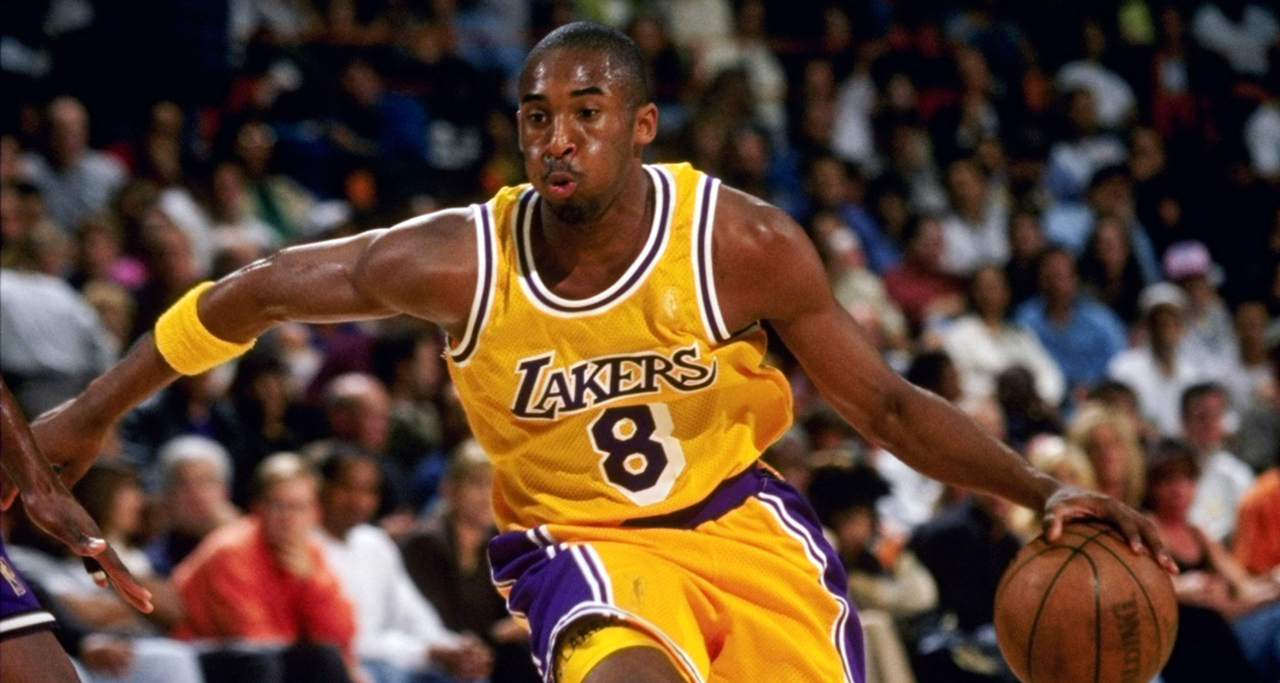 Early growing pains ensued including most notably his four air-ball performance during Game 5 of the 1997 Western Conference Semifinals against the Utah Jazz in Salt Lake City. However, the game would, in turn, become Bryant’s defining career moment. “It was an early turning point for me in being able to deal with adversity, deal with public scrutiny and self-doubt,” Bryant said. “At 18 years old, it was gut-check time.”

Kobe averaged career highs during the 99/00 season – his first championship season – with averages of 22.5 points per game, shooting 47% from the floor, grabbing 6.3 rebounds per game, and dishing out nearly 5 assists per game, mostly passes to his big brother teammate, Shaq. Like his idol before him, Kobe committed himself to both ends of the floor in order to become a complete and total player, working on his defensive game en route to nine All-NBA Defensive First Team selections over the course of his historic career.

Kobe’s on-court swag, marketability, and stylish street and urban fashion appeal translated from his game to include his new pair of Adidas basketball kicks – the adidas The Kobe – which debuted prior to the 2000 NBA Playoffs.

Designed by Eirick Lund Nielson, the adidas The Kobe took off where the Feet You Wear campaign had ended and instead was built from the outside in. Elegant, futuristic, and timeless, the design inspiration came from the Audi TT, also a product of German engineering.

Regarding the design process of the Kobe shoe, Nielson said the following:

“The key to the design of The Kobe was the collaboration process between the automotive industry and footwear industry, inspired by a unique design approach. Traditionally, footwear design starts with the last and builds outward. With The Kobe, we built the shoe from the outside in. The quality materials married with a unique design approach have led to one of the most innovative basketball shoes to hit the market in recent history.”

Some critics assert that the adidas The Kobe is one of the ugliest basketball signature sneakers ever produced. Regardless of one’s position, one cannot discount the shoe’s everlasting and transcending nature, a sneaker with great staying power as a result of its clean lines and aesthetics, both revolutionary and progressive in its own right. 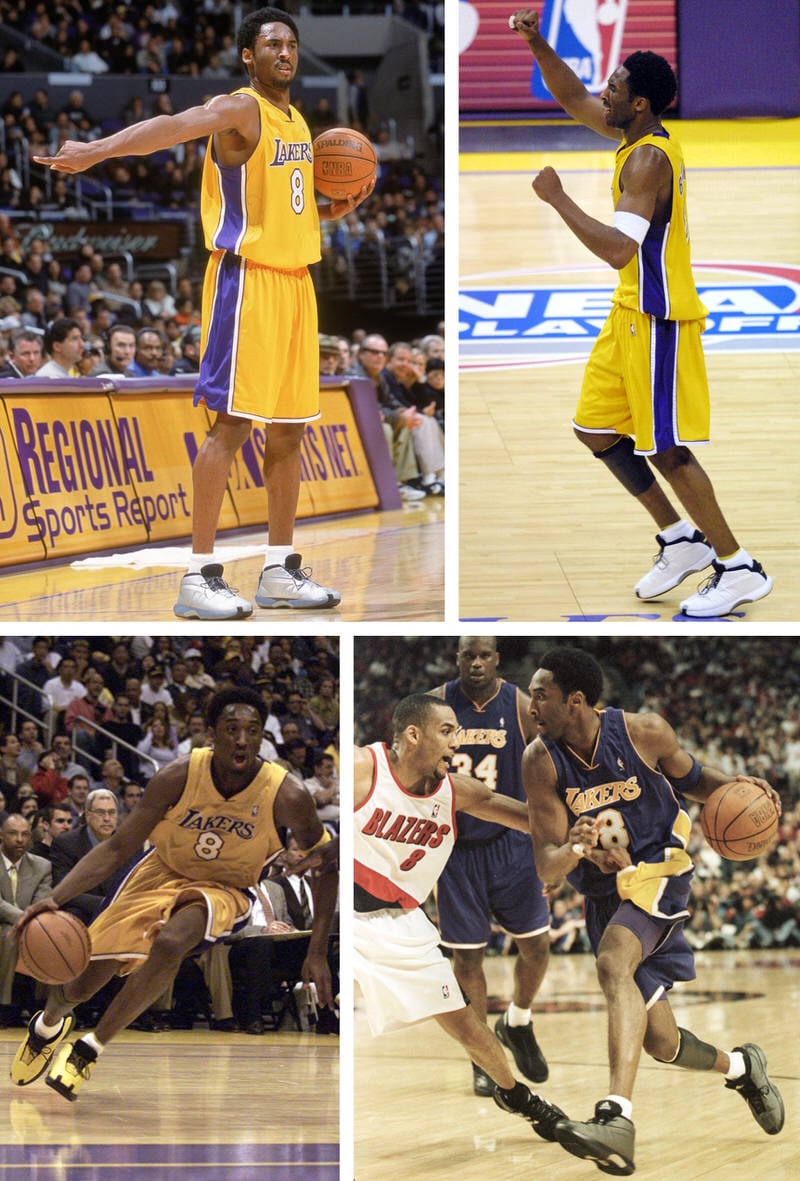 Perhaps most importantly, the shoe was backed by amazing game play by Bryant.

Kobe’s historic overtime performance in Game 4 in the 2000 NBA Finals remains a moment in time which will forever be synonymous with the adidas The Kobe, a game which Kobe finished with an impressive stat-line of 28 points on 14/27 shooting, 5 assists, 4 rebounds, and 2 blocks, a complete game by any reasonable standard. The image of Kobe tipping in Brian Shaw’s missed field goal and running down the court with that unforgettable hand motion signaling to his teammates, “I got this” serves as one of the greatest NBA Finals moments in the modern era.

Kobe showed great preference towards the adidas The Kobe particularly from a performance and aesthetic perspective even as the brand attempted to move the adidas Kobe line forward into the future.

On December 7, 2001, adidas launched the KobeTwo, a space-boot inspired model which gained notoriety when Kobe wore a custom USA-inspired PE version as a tribute to 9/11; however, the KobeTwo didn’t resonate well with Kobe who reverted back to wearing the Kobe 1 shortly thereafter.

Bryant went on to wear the Kobe 1 throughout the 2002 postseason en route to the Lakers’ first 3-peat in franchise history with a convincing series sweep over the New Jersey Nets, a series which saw Kobe average 26.8 points per game. Of special note is the custom black and purple adidas The Kobe PE pair worn throughout the 2002 NBA Playoffs, a colorway which to this day has not seen a retro release.

The Kobe has seen multiple retros over recent years, also known as the Crazy 1, which featured EVA midsoles in lieu of the original AdiPRENE+. Perhaps Adidas will launch another retro in conjunction with Kobe’s Hall of Fame induction with OG-correct materials, color blocking, and packaging, a fitting tribute to the most iconic basketball signature athlete in Adidas brand history.

Ultimately, Kobe left Adidas and wore a plethora of sneakers from various shoe companies before signing with Nike. However, before number 24, before the tattoos and the birth of Black Mamba, Kobe was the face of Adidas and elevated the brand and its basketball collection to unprecedented new heights.

While he was often viewed as selfish particularly in the early part of his career, Kobe nonetheless truly believed in himself and his natural abilities, ascending the NBA’s pantheon of excellence and solidifying himself and his legacy as one of the game’s all-time greatest players.

Wear an afro like Kobe and lace up your pair of Sunshine Kobe 1s by Adidas.