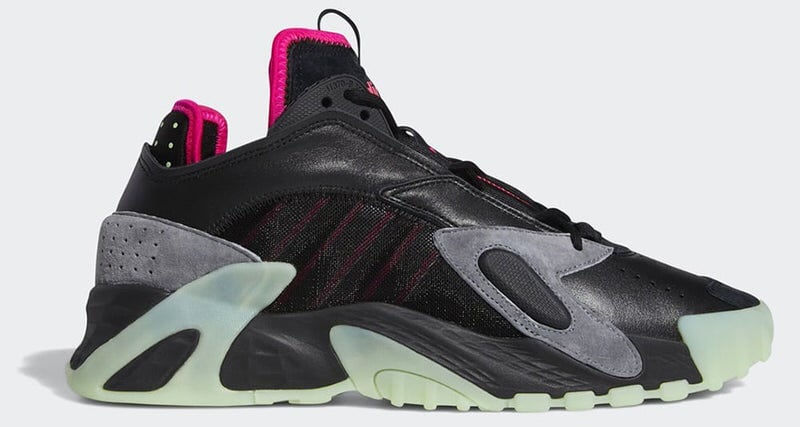 Since leaving Nike for adidas, Kanye West and the YEEZY team have made some impeccable palettes on his line of footwear from this year’s “Inertia” to the “Turtle Dove” from 2015.

Still, there’s a lot of love for his original Air Yeezy colorways with the Swoosh. While Nike has gone back to that well many a times, the Three Stripes are doing it more or less for the first time and doing it well on the adidas Streetball. 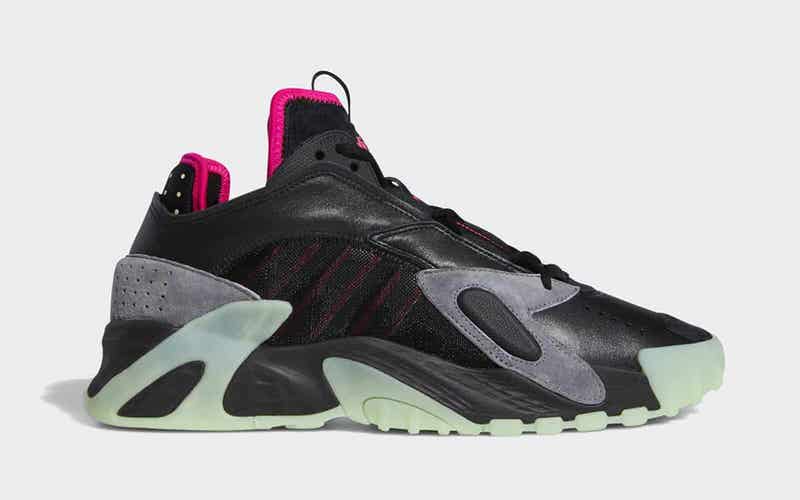 Derived from 2009’s Nike Air Yeezy 1 Black/Pink, the palette and even the materials are a total lift on this outdoor Originals model.

Black leather, charcoal grey suede, hot pink lining and a glow in the dark sole all appear in prominent fashion on this Three Stripes model, seen for the first time on the OG Nike Air Yeezy 1 below. 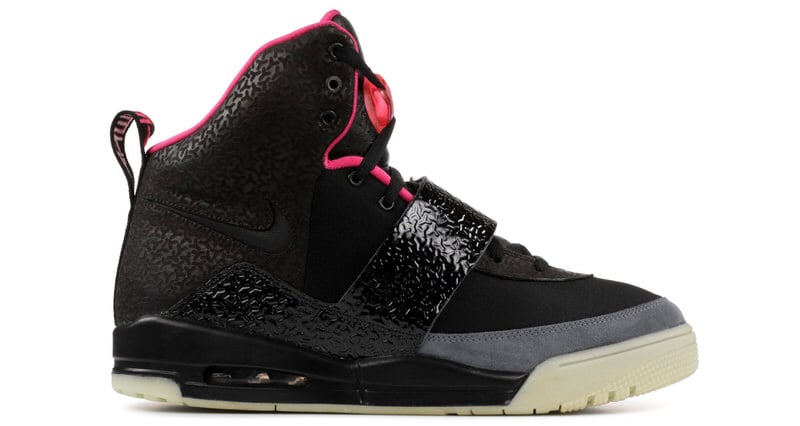 Is this Streetball a good ringer for the OG Yeezy?

Specs are pretty spot on. Look for these to launch at Adidas later this fall. 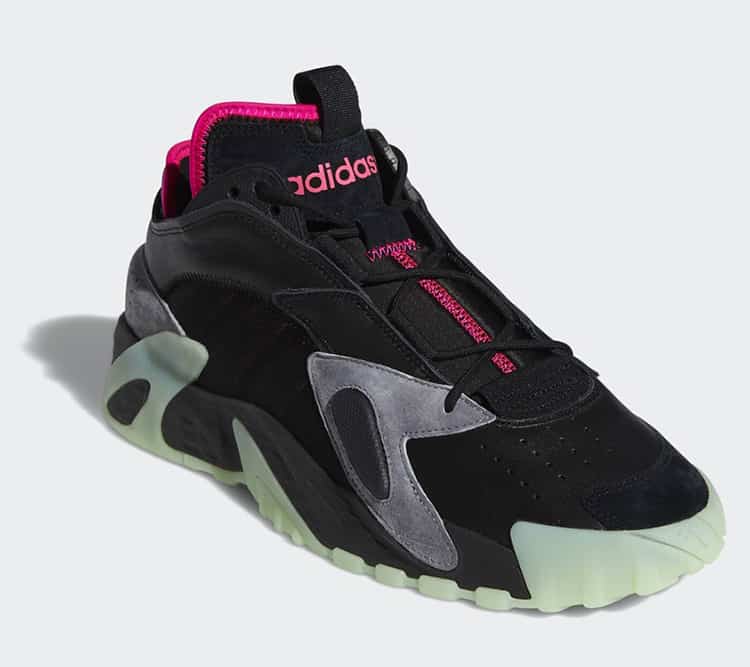 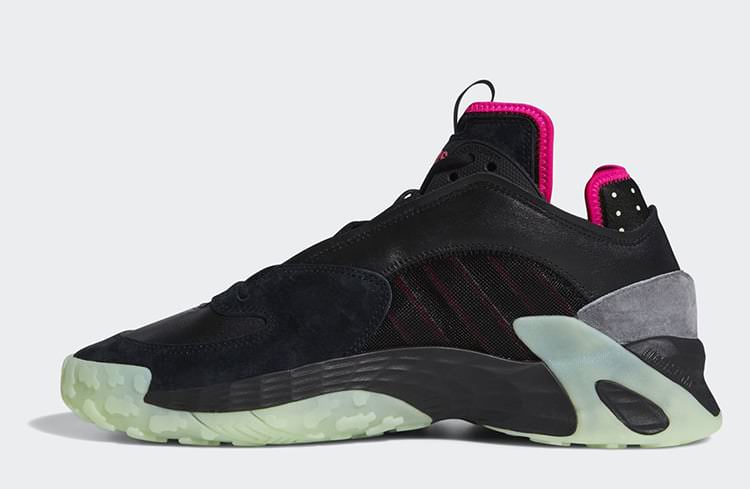 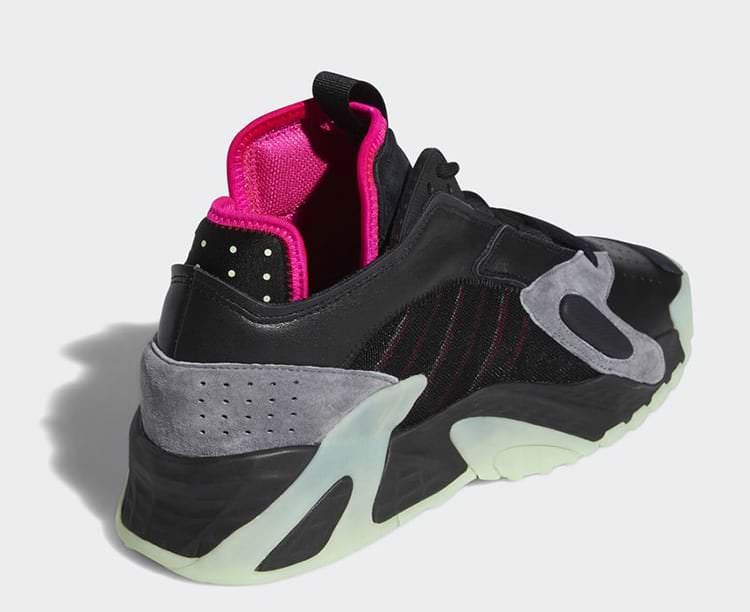 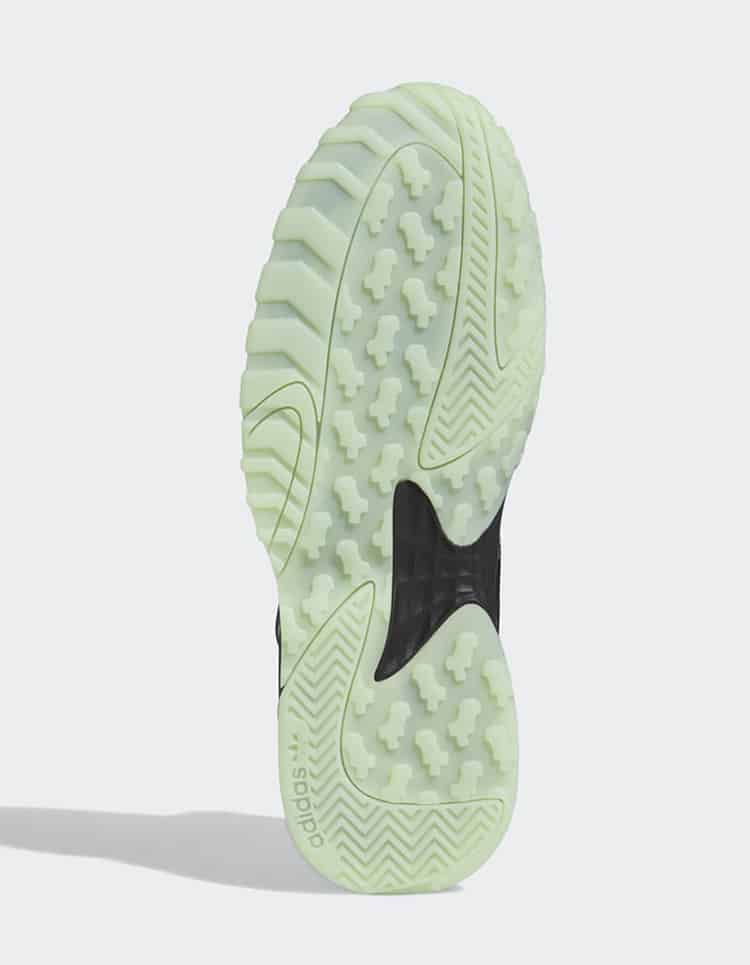