Like many of you, the news of Kobe Bryant dying on Sunday morning still feels like an eerie dream that we’re all ready to wake up from. And as the story developed, reality sunk in along with its dark truth. Kobe Bryant and his 13-year-old daughter Gianna were just two of the casualties on Sunday’s tragic accident that took away a total of nine lives.

In the wake of it all, it’s been hard for many of us in different ways. As sneaker writers and fans of the game of basketball, the news that broke on Sunday was chilling and left us, like many others, frozen in our tracks. We just stopped.

Sure, a few posts and Tweets here and there. But we were flabbergasted. In disbelief. Lost.

Despite writing a few articles on Sunday night, I couldn’t bring myself to mentally process it all. If you know me, you know I’m not the biggest fan of Kobe (what can I say? I’m a Suns fan). Nonetheless, his on-court presence earned my respect and his signature shoe is legendary to say the least.

As a Phoenix Suns fan, my earliest and most painful basketball memories were delivered by the Black Mamba. He hated the Suns. And man, we hated him. Every game felt like it was a vendetta against us. Kobe really became a different animal and the same beast whenever he faced the Suns.

I only got to see him play once and that was the unforgettable  Game 5 of the 2006 Western Conference Quarterfinals.

Although the Lakers lost the series, it was peak Kobe. That man was on a mission to win by any means necessary. 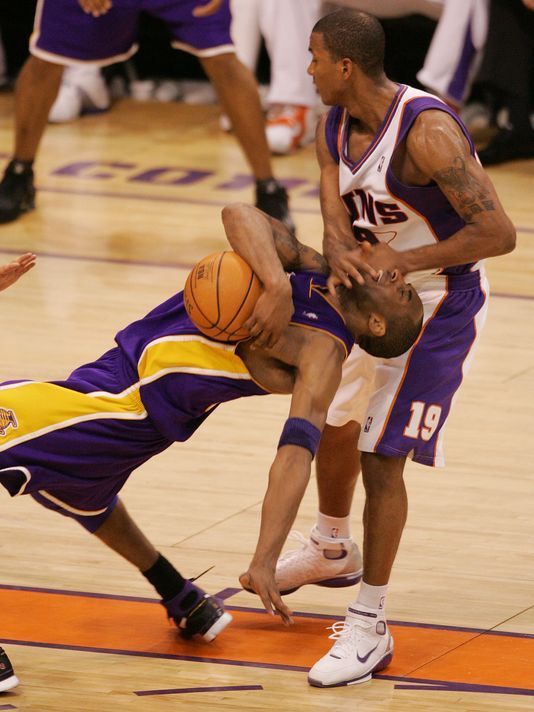 My family and I would occasionally go to Suns games. Aside from the Suns roster, Kobe Bryant was the only player my entire family knew by first and last name. He was transcendent in so many ways. Despite a win or a loss, the man would be headlining SportsCenter Top 10 with a mean jumper or a deadly game winner.

He didn’t know how to lose. Not by his own merit at least.

You can’t mention Kobe without mentioning his signature shoe line. It’s blasphemous to who he is and what he stood for.

The progression of the Kobe signature line was founded on the basis of creating the best basketball shoe by utilizing innovative technology that only Nike can tap into. In tandem with Bryant’s quest for success and nothing short of it, the marriage was perfect.

One of the most talented athletes of all-time with a trailblazing company in his corner. It was destiny.

For me, however, the Nike Zoom Kobe 4 is the shoe that I will forever remember Kobe by. He and Eric Avar changed the game by perfecting the low-top performance basketball shoe thanks to Kobe’s curiosity and Avar’s talented mind. 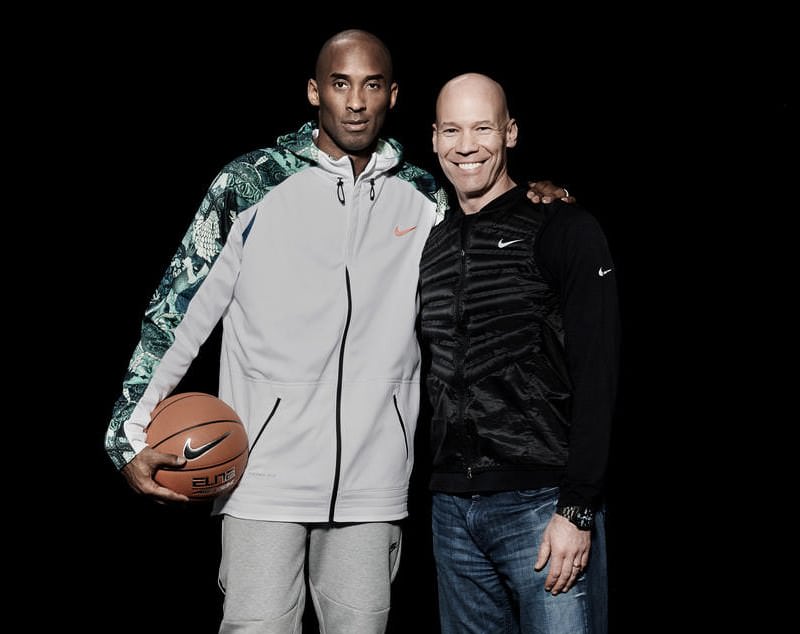 Looking back on it now, the Kobe 4 is the shoe that connects me to the Mamba now more than ever. As Nike gave the Kobe 4 the Protro treatment last season, the WNBA and NBA was taken over by the silhouette’s reappearance.

Isaiah Thomas. DeMar DeRozan. Luka Doncic. Devin Booker. Anthony Davis. PJ Tucker. Giannis Antetokounmpo. Tamera Young. Essence Carson. What was initially a little passion project of mine turned into a full-on documentation and nuanced breakdown of the shoe, its importance and why it became relevant again a decade later.

As I grew into my role here at Nice Kicks, Kobe’s impact became a liaison, a conduit in my interviews. From Devin Booker to Kelly Oubre Jr., the Kobe Bryant signature line is a multi-generational collection that continues to have an impact on the players and even the newcomers of the sneaker media world such as myself.

Out of the only two Kobes in my collection, the Kobe 4 is one of them.

It’s easy to get caught up in the iconic stature that Kobe became and will forever be remembered as. But, like the rest of us, Kobe Bryant was human. He was a husband. A father. A friend. A role model. Flesh, blood and bone.

However, the last images of Kobe Bryant are what will be forever etched in my heart and in my memories. Despite the heartbreaks and the shoes, “Dad Kobe” is (was) my favorite Kobe.

His relationship with Gianna was amazing to watch even if it was through Instagram or the television. Her desire to learn about the game from the perspective of her father showed that the Mamba Mentality would live on.

And that’s the part that hurts the most.

Gianna Maria Bryant was the heir to the basketball throne. Along with Kobe’s support of the WNBA, GiGi was meant to dominate the W. It was destiny. At least, that’s what we thought.

If there’s any solace in this, it’s that both Kobe and Gianna had one another in their final moments.

Dear Kobe, thank you. For the memories. The sacrifice. The passion. The dedication. You will always be remembered as man, myth and legend.

Our hearts go out to Vanessa Bryant and her family. In addition to that, we want to recognize all of those lives lost in the helicopter accident while keeping their families and memory in mind: Kobe Bryant, Gianna Bryant, Alyssa Altobelli, John Altobelli, Kerry Altobelli, Christian Mauser, Sarah Chester, Payton Chester and Ara Zobayan.