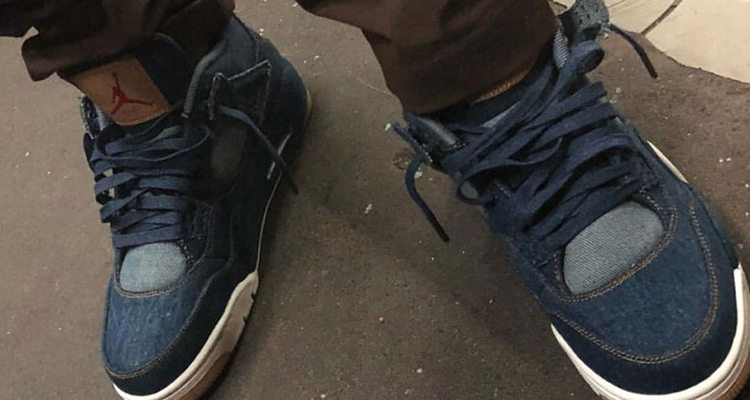 To trace the origins of the partnership between American brands Levi’s and Jordan Brand, you’ll have to think back almost a decade. It was then, in 2008, the domestic powers joined forces for a collaborative Air Jordan 1 Mid and fittingly a pair of jeans, sized and styled for Michael Jordan.

Next year, in celebration of their 10th anniversary, Levi’s and Jordan Brand will again produce a collaboration — this time centered around the Air Jordan 4.

Travis Scott last night lifted the veil on the shoe for the very first time, showcasing the 1989-produced silhouette in varying denim textures with a brown patch at the tongue. White midsole tooling is placed below with a traditional gum outer rest beneath.

Details regarding the Levi’s x Air Jordan 4 are scarce at the moment. Stay tuned for more.