With the Kansas City Royals and the Toronto Blue Jays punching tickets to the next round of the 2015 MLB Postseason, it seemed rather fitting on so many levels that the latest edition of Throwback Thursday would feature a baseball-inspired silhouette. So, with that in mind, the model in question is the Nike Air Griffey Max 1, which was the lead signature model for the former All-Star outfielder and future Hall of Famer, Ken Griffey Jr.

Featuring its history, along with notable figures to wear the model in recent years, this week’s edition of #TBT will certainly be worth the view. To see for yourself, peep the video above and enjoy additional history below.

Student of the Game

Before Ken Griffey Jr. became the household name that he would grow to become, he was merely a child growing up in suburban Cincinnati. With his father, Kenny Griffey Sr., a member of the famed mid-1970’s Cincinnati Reds, Griffey Jr. would develop under the tutelage of his father and become one of the best prep prospects in the United States.

With his 6’3 frame and versatile skill set, Griffey Jr. became the first overall pick of the Seattle Mariners during the 1987 MLB amateur draft. 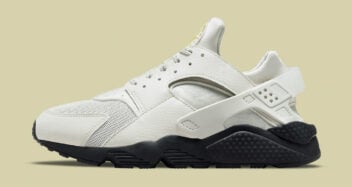