While there was many a Yeezy sneaker unearthed in the recent Kanye West Forbes cover story, there was also somewhat of the unearthing of the Yeezy nickname itself.

As the story points out, the ‘Yeezy’ nickname first came to surface when Jay-Z referred to the Roc-a-fella super producer as “Kanyeezy” back in 2003. The exact occurrence? The Jiggaman’s charged up “Lucifer” off the The Black Album.

The song was produced by Kanye West and has aged well as one of the better tracks off the still amazing album that would have served as Jay’s “Last Shot” had he retired as intended upon the album’s release.

In the documentary Fade to Black that profiles both the making of The Black Album and Jay’s famous MSG concert, you can see Kanye playing Jay the “Lucifer” beat with West spitting over said track as he often did to not only test beats but prove to his peers he could rap while still trying to win over acclaim and respect on the mic. Hova would even playfully use it later when the man of many nicknames dropped the line “The maturation of Jay-Zeezy” on the Kingdom Come track “30 Something” years later in ’06.

The ‘eezy’ addition to names and words in general is largely traced back to the term “off tha heezy fo’ sheezy’ which was a once modern/progressive way of saying something was ‘off the hook’ – basically wild or cool. The Online Slang Dictionary credits this terms coinage to 1998.

In the early ’00s, Snoop Dogg would be best known for flipping it to ‘off tha hizzle fo’ shizzle’ with a lottery land Tiger Woods played by Dave Chappelle hilariously using the latter part of that phrase.

Kanye would most noticeably refer to himself as “Yeezy” on his 2007 album Graduation. On the track “The Glory,” Kanye would put himself in the same category as Lil Wayne and Young Jeezy in regards to street fan fare – note those two rappers were the hottest on the mixtape circuit at the time and climbing the mainstream ladder, too – stating “The hood love to listen to Jeezy and Weezy/ And, oh yeah, Yeezy.”

Keen on his appeal to cater to both white tee and pink polo crowds in what would prove a melting pot moment of the times, Kanye’s signature shoe the Nike Air Yeezy would debut on stage at the 2008 Grammy Awards where West would lead the field in nominations with eight total, taking home the hardware for Best Rap Album among three other wins. 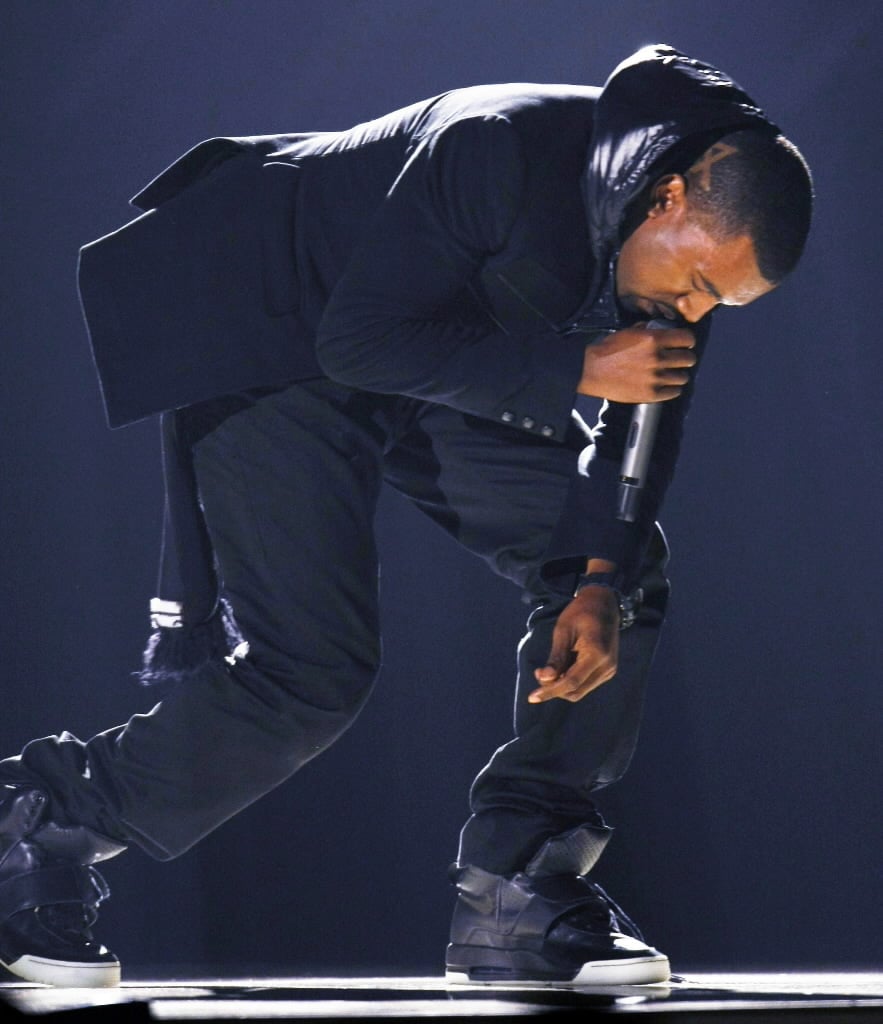 In 2009, the Nike Air Yeezy 1 would release at retail in three different colorways over the course of that spring/summer.

Fusing high fashion color palettes with nostalgic Nike nods, the result was the birth of the artist collab as we know it and the start of Kanye’s true footing in the footwear market.

In the years to follow, the Yeezy nickname and Yeezy sneaker line would both be more used and more seen. Kanye would call himself Yeezy on Rick Ross’ “Live Fast, Die Young” in 2010 and hint at more Nike Yeezy launches that same year when building up the anticipation for his My Beautiful Dark Twisted Fantasy album.

By 2012, the Nike Air Yeezy 2 would release at retail with both more commotion and controversy than the original.

The shoe’s limited availability and lackluster royalties would ultimately drive Kanye to depart from Nike, ranting against the Beaverton brand for much of 2013 during his Yeezus Tour in very public fashion.

No longer with Nike, many wondered if West would continue to use the Yeezy nickname for both himself but more so his shoes. Some chatter even suggested that Kanye’s kicks under adi would be denoted as ‘YEEZI’ following Twitter talk and a custom leather jacket.

In the end, West would keep the Yeezy nickname for himself and his shoes, launching the adidas Yeezy Boost 750 in 2015.

The rest as they say is history.