Unless you’ve been living under a rock, you would have seen the news today about Michael Malekzadeh also known as the infamous Zadeh Kicks. The sneaker resale industry has been reacting with many people seemingly scammed to be out millions of dollars. While Twitter has been rife with speculation about what happened & discussions on how to minimize losses, it seems that the federal authorities have been busy taking interest in his operations.

Subscribers of Zadeh’s newsletter received notice today from the Receiver informing that they have received a significant volume of calls and emails about Zadeh Kicks. In the email the Received states that they are in cooperation with a criminal investigation with the federal government.

ZadehKicks.com is no longer accessible and all information is under control of a receivership who are aiming to reinstate the website. According to the email, the receivership will be working with creditors to ensure that victims who submit a claim will have opportunity to be part of a resolution process. Additionally, a telephone hotline will be announced by the end of the week where individuals will be able reach out. Aside from working with individuals towards solutions, the receivership will also be coordinating with the FBI as part of a criminal investigation.

Inquires can be submitted to zadehkicks@stapletoninc.com.

If you believe you were a victim, you can contact the FBI at 1-800-CALL-FBI or tips.fbi.gov.
No one should attempt to contact Michael Malekzadeh or his family directly. 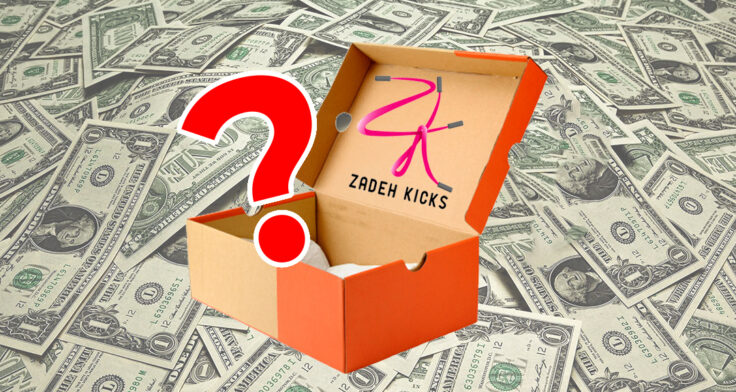