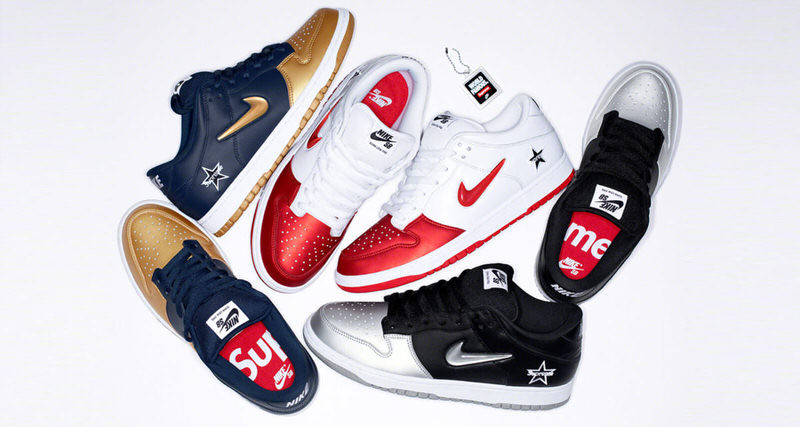 While so far the needle has moved more mildly than we might’ve predicted, a new trio of the Supreme x Nike SB Dunk Low slated for Fall ’19 could quickly change that.

*LEAK ALERT*: @Nikesb & @supremenewyork will be teaming up once again this Fall to drop 3 colourways in the Dunk Low OG.
The pairs are set to retail at $110/£94.95.
Which of the 3 colourways are you looking forward on seeing?
Please RT & follow for more info.#NoMoreSecrets ? pic.twitter.com/Jn7KWc3ch6

Set to feature Metallic Silver/Black, Varsity Red/Black and Midnight Navy/Metallic Gold themes, the motifs are essentially “Raiders,” “Bulls” and “Michigan” based on the early info with ‘World Famous’ tagging taking a cue from their Air Force 1 High collaboration from a few years back.

Thanks to John Wu, we saw the leaks of the first two themes. 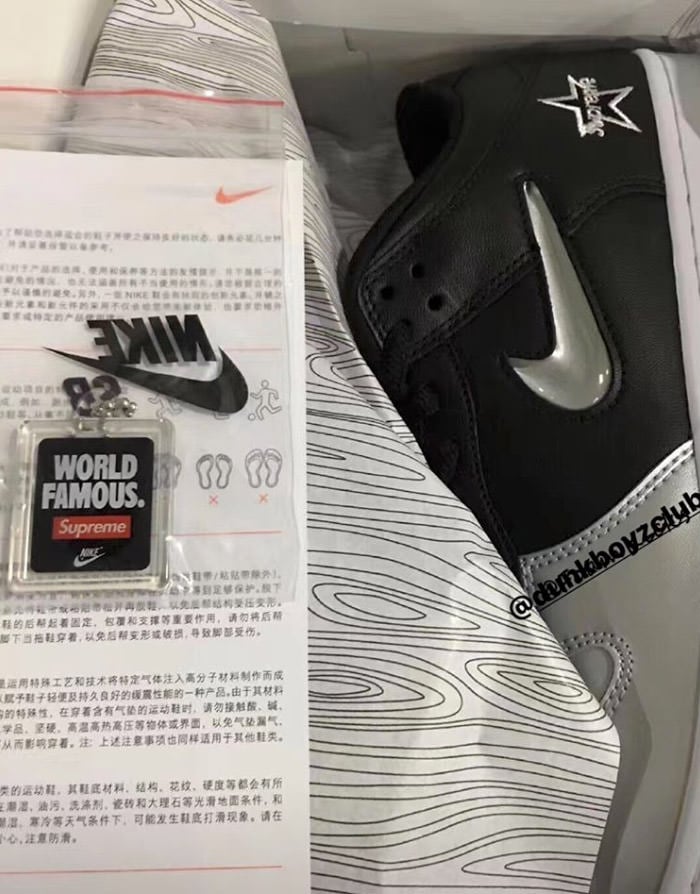 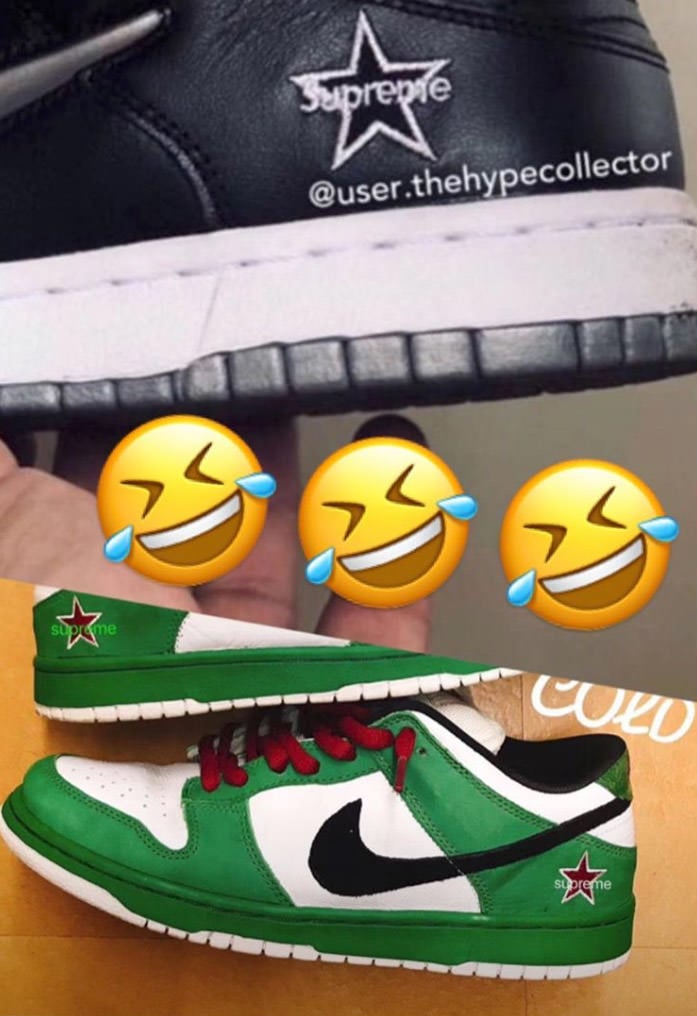 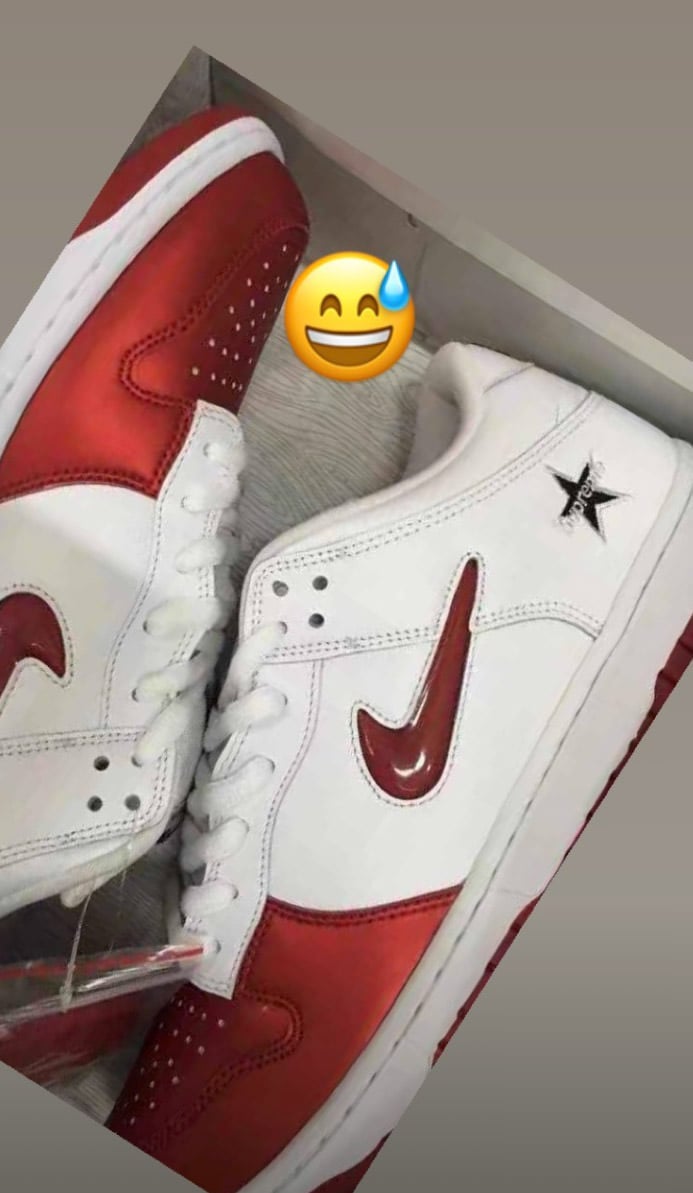 As seen above, these Dunks feature a Jewel Swoosh – seen on recent Air Max 1 launches but popularized most famously on the Air Force 1 – as well as star heel branding likened to the Heineken SB Dunks.

How will the culture feel about these? You can read our early impressions here. 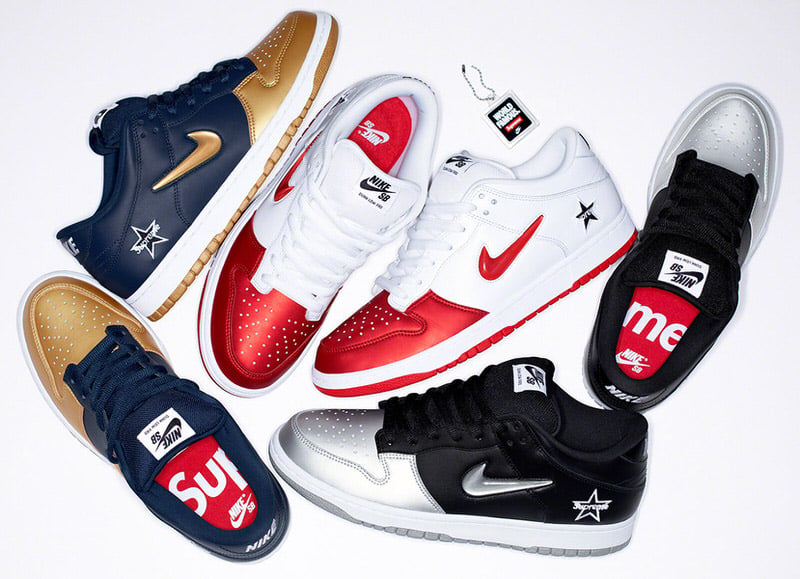 Now, we find the pack will release again. 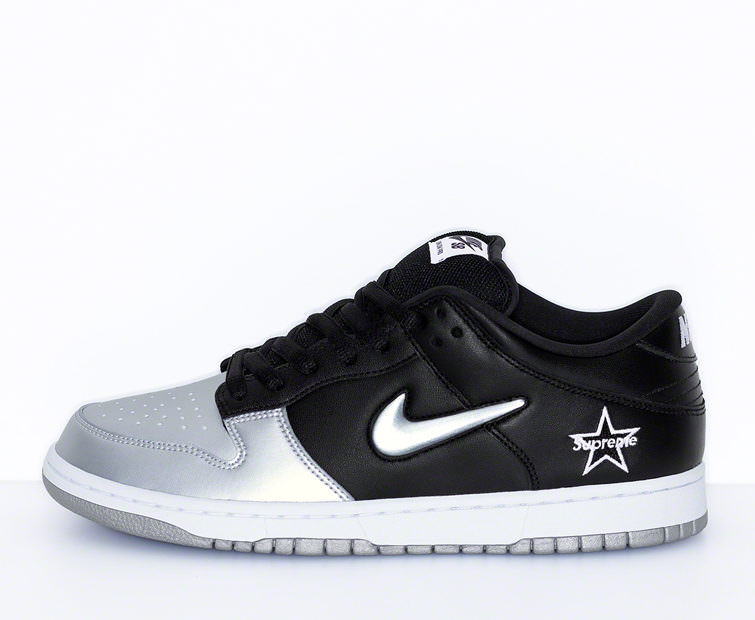 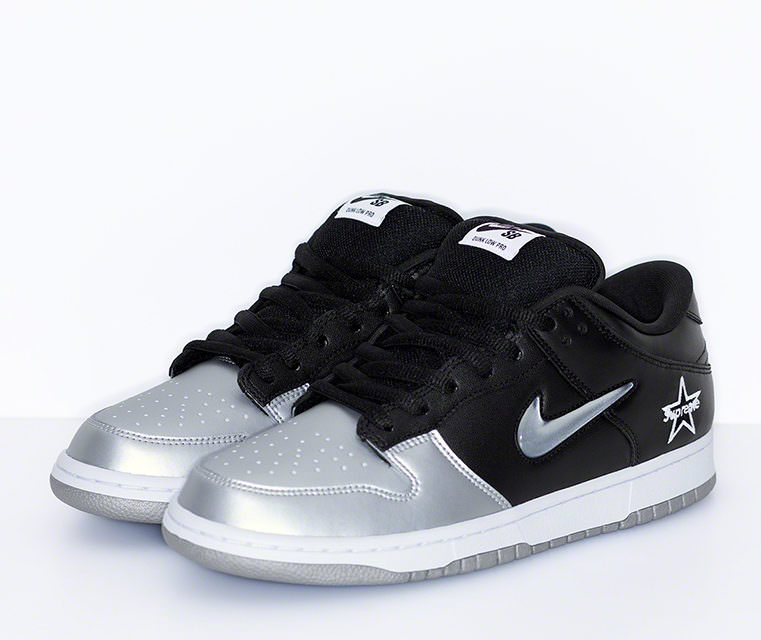 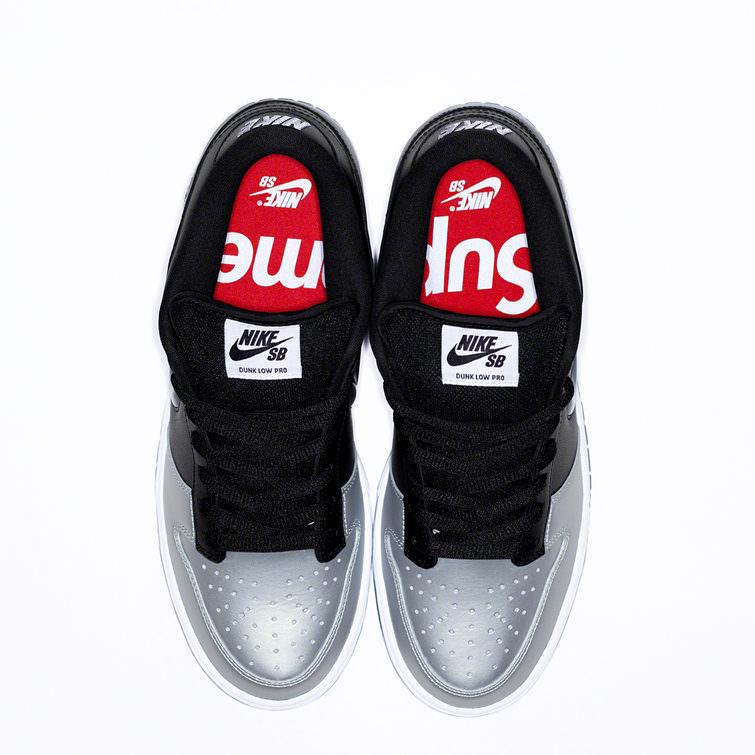 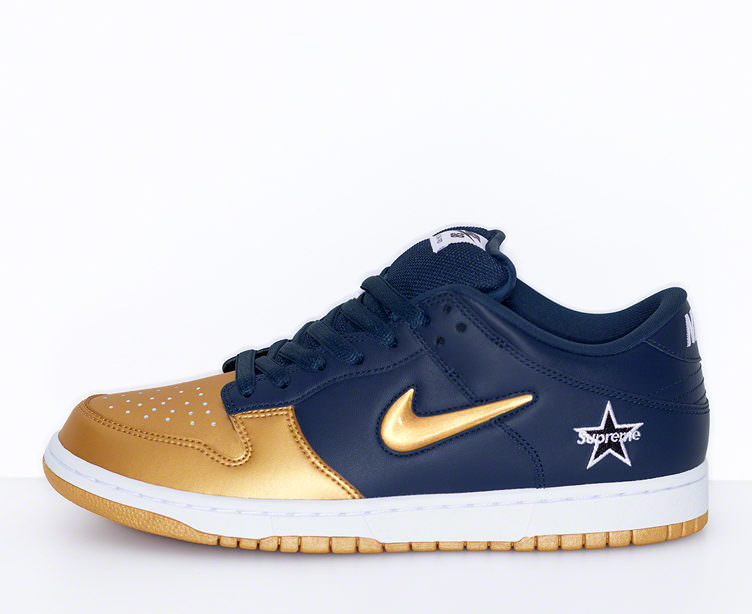 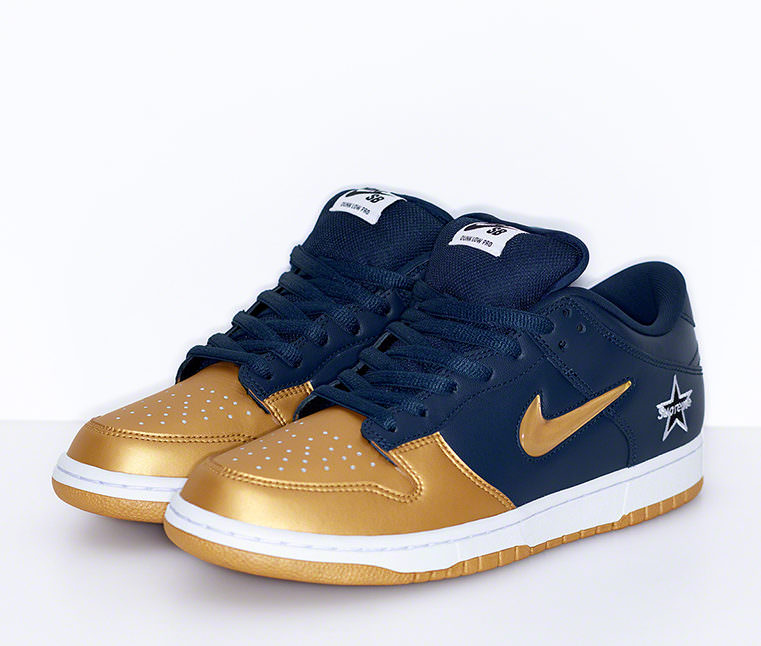 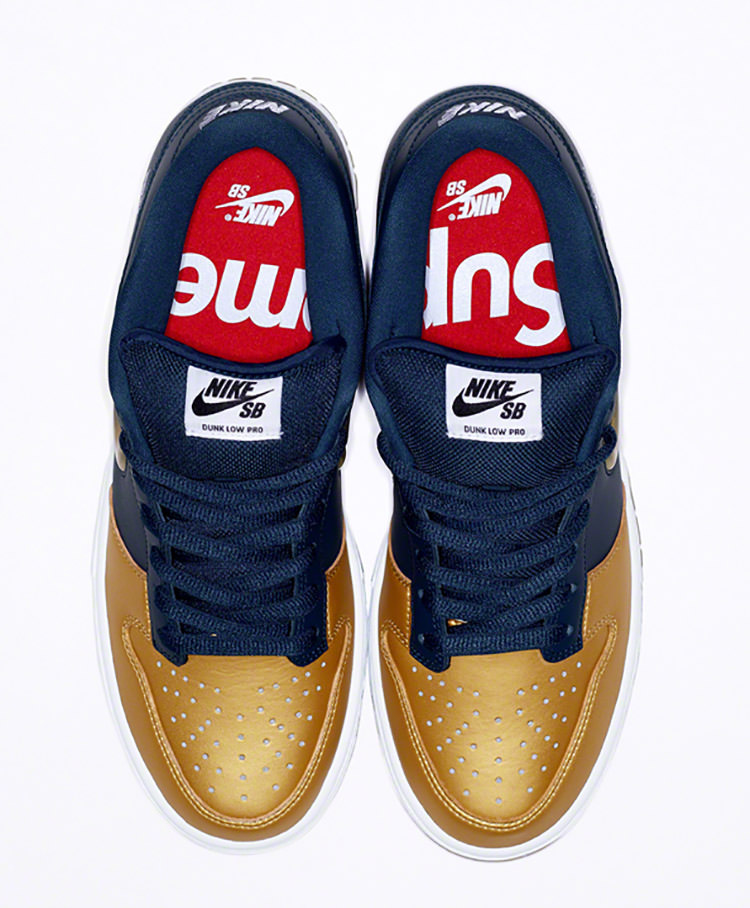 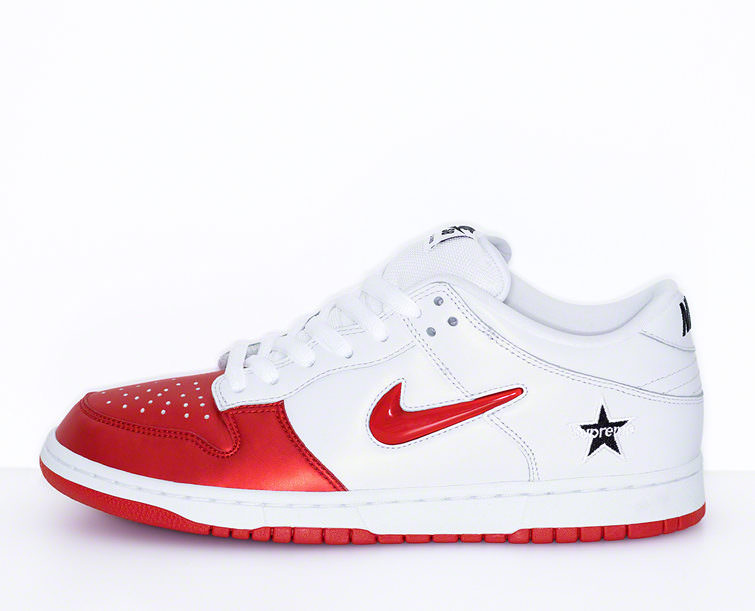 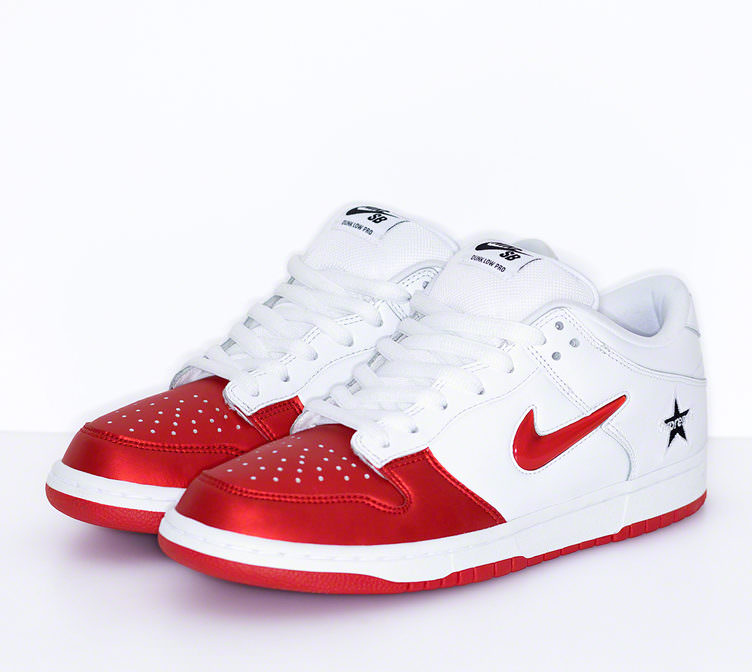 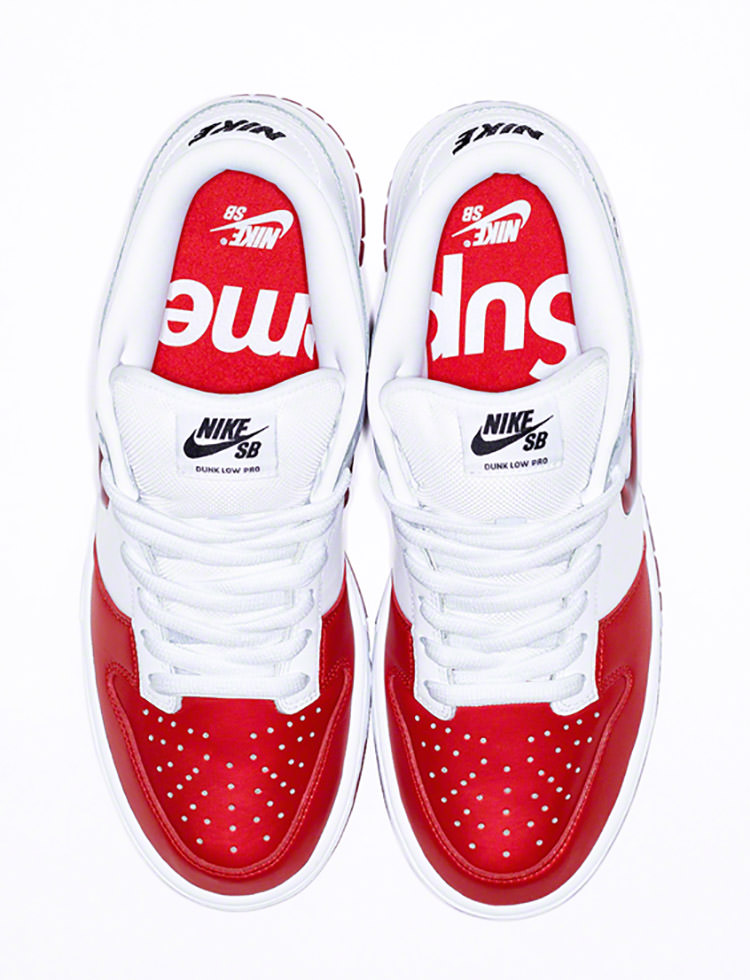 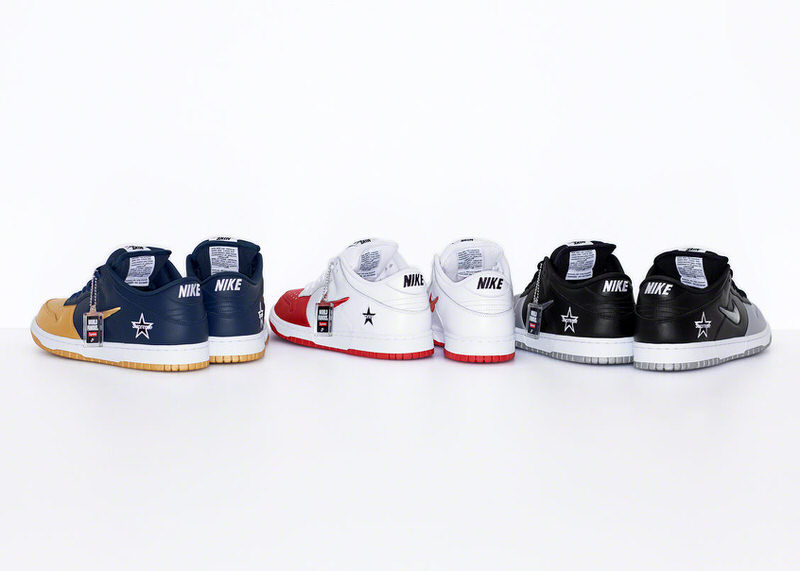