The long-rumored Supreme x Nike Air Max 95 first surfaced in late September. To whom did debut duties belong to? 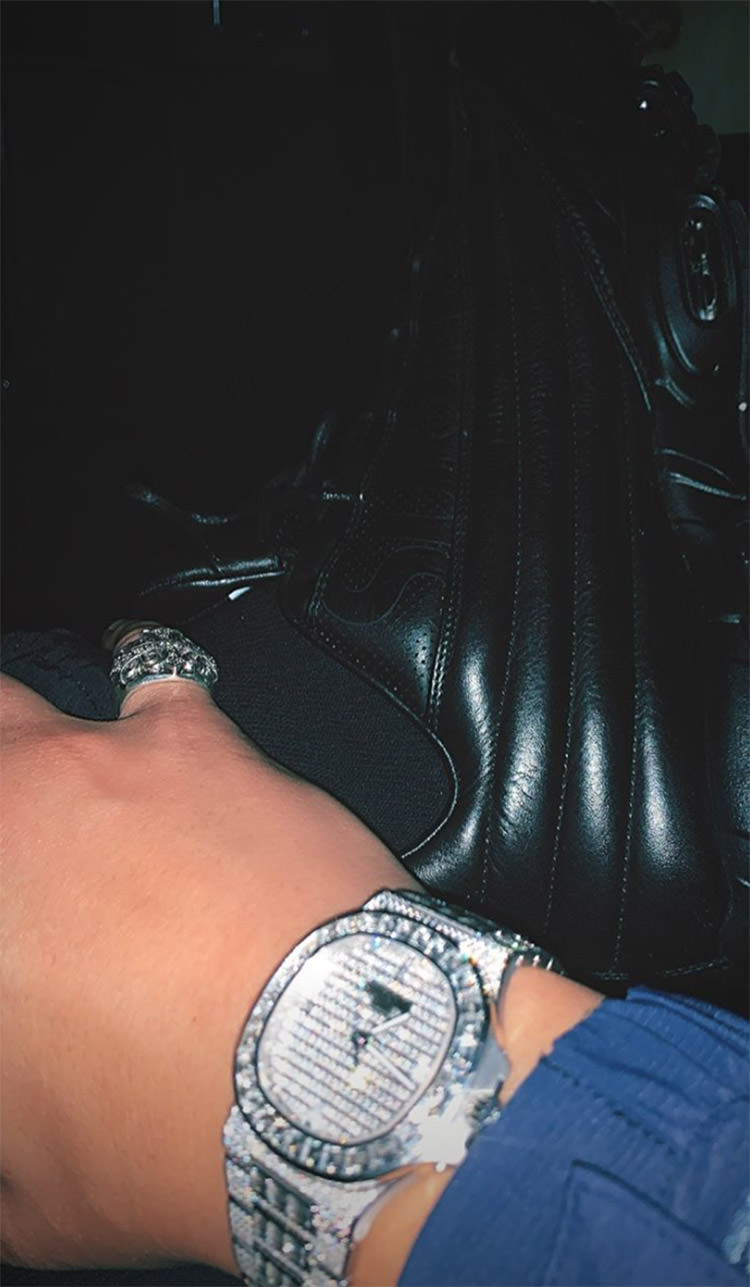 Originally thought to be Liberace led with Swarovski styling, this pair proved much more muted upon first look with puffy, lux leather proving the calling card.

Collaborative branding is showcased in embossed fashion on the top panel of the medial side with the first preview coming by way of Aubrey Graham in “Triple Black” fashion.

As first noted, OGs in the game recognize the strongly similar sneaker above from the orange box era as the Nike Air Max 95 Lux. Dropping the gradient mesh and jewel branding in favor of a lux leather, blank upper straight from Italy over a decade back, Supreme is once again unarchiving a cult classic and bringing it to the masses.

Returning the same Made in Italy craftsmanship and hangtags, three colorways of the Supreme x Nike Air Max 95 Lux are slated for November 7th for a whopping $500 a pair. 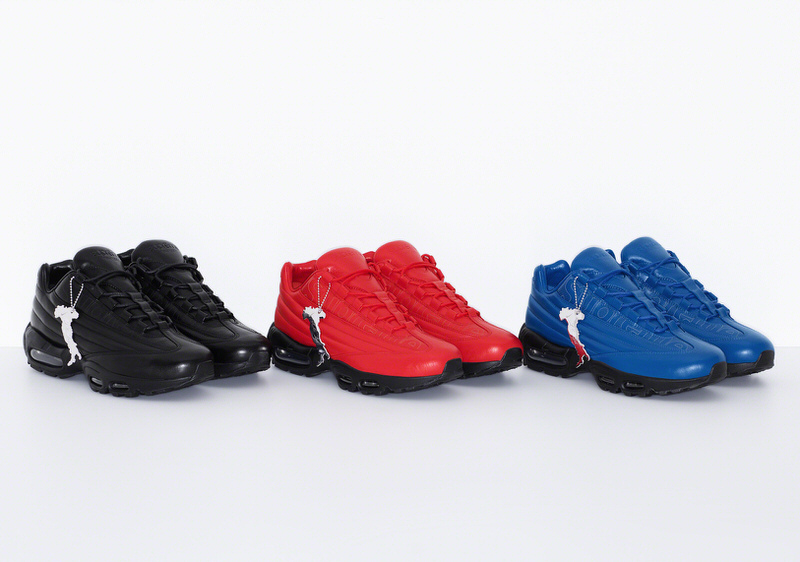 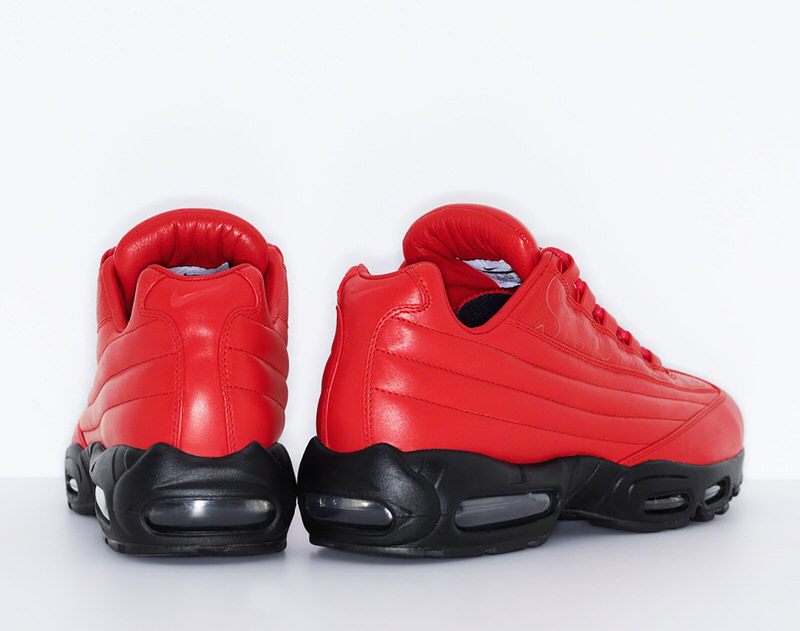 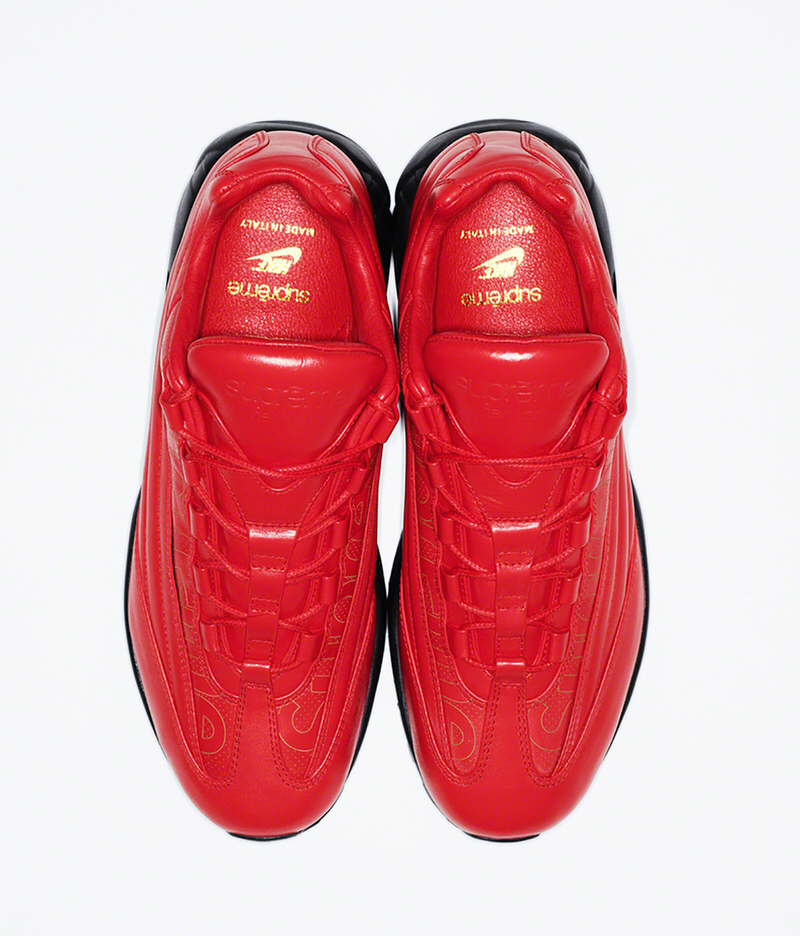 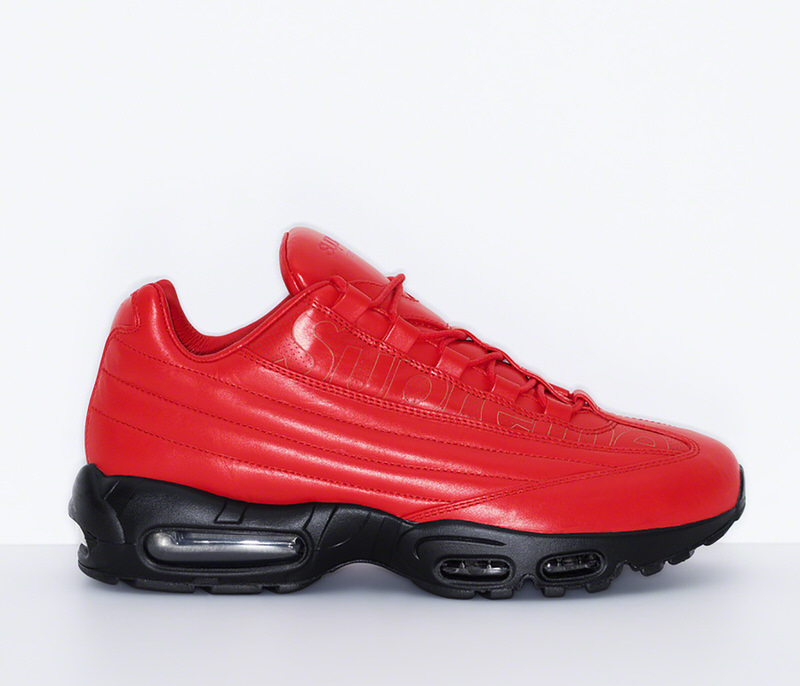 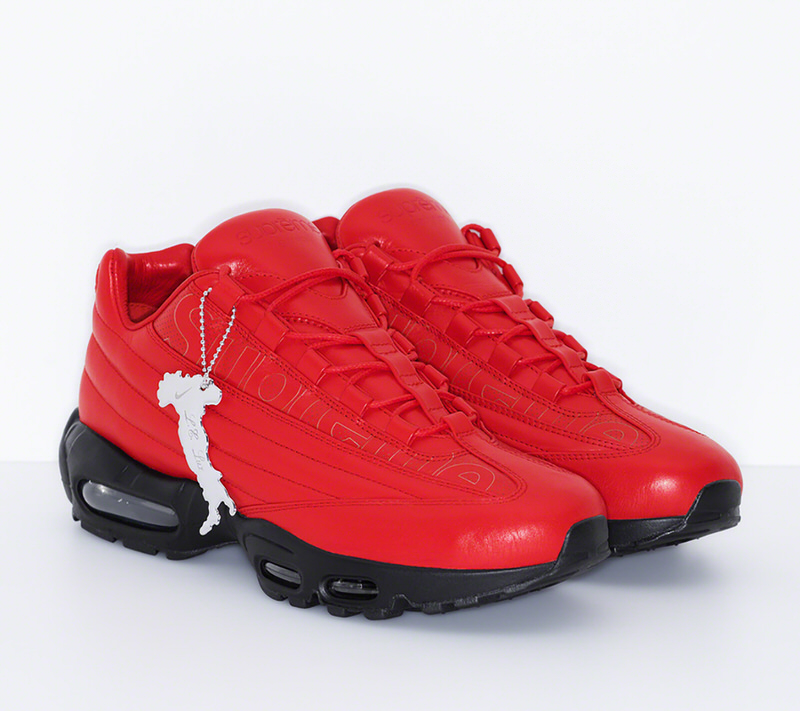 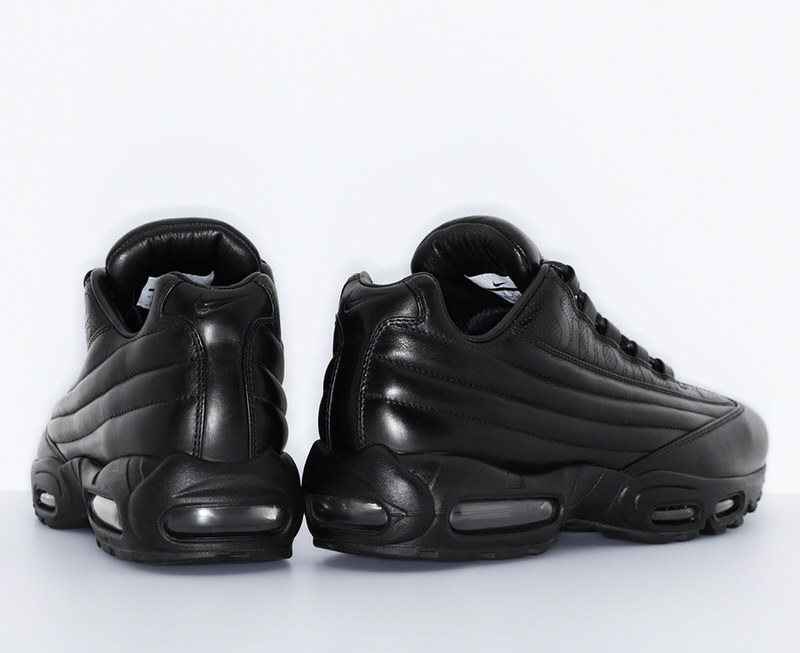 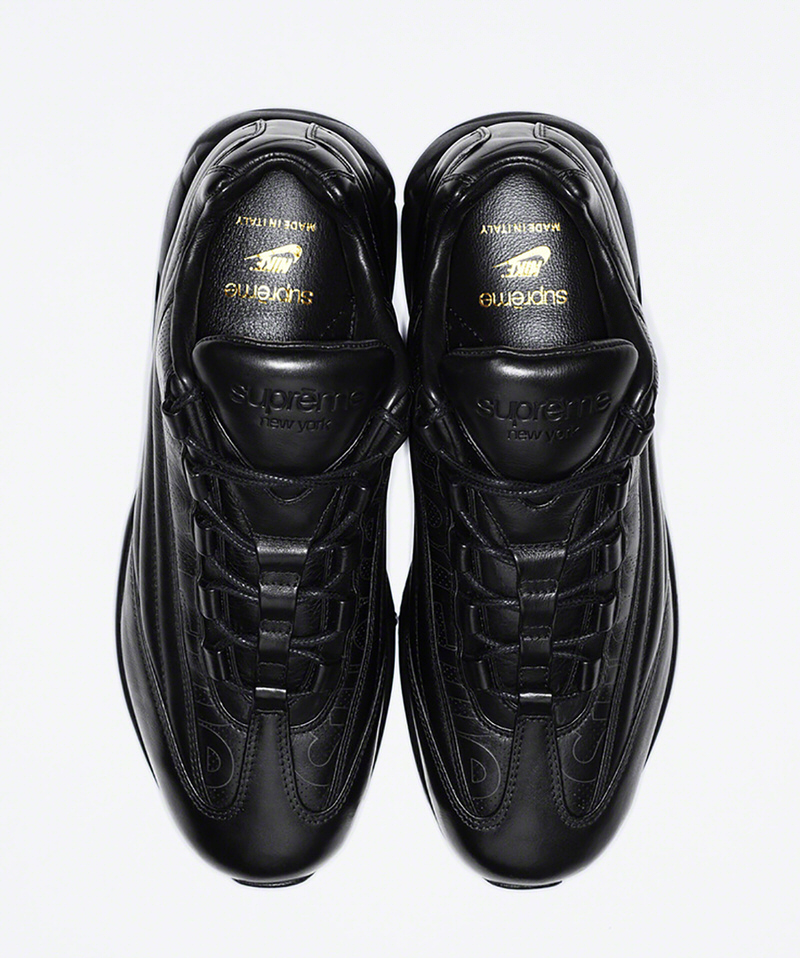 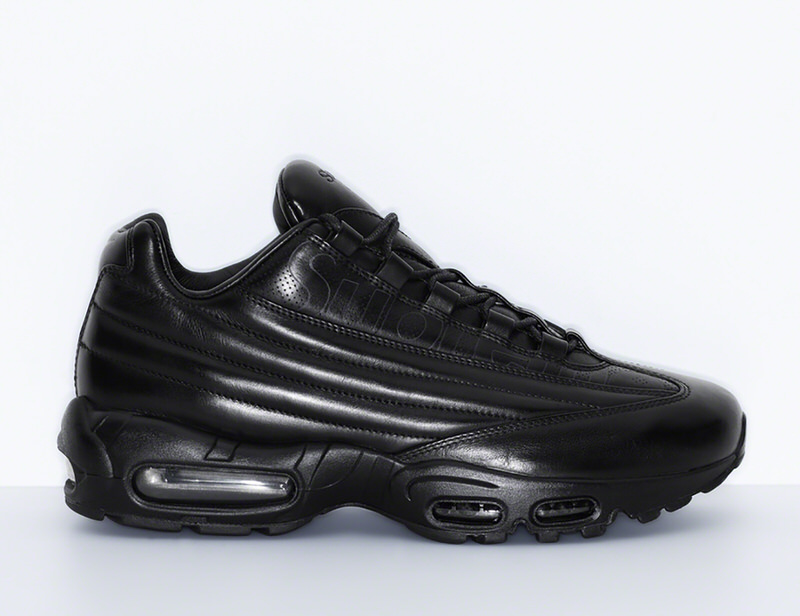 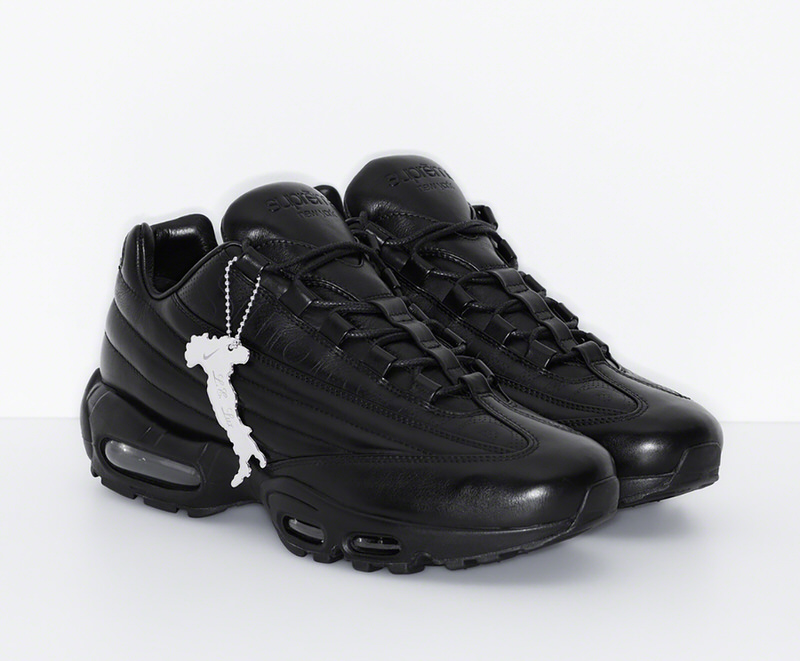 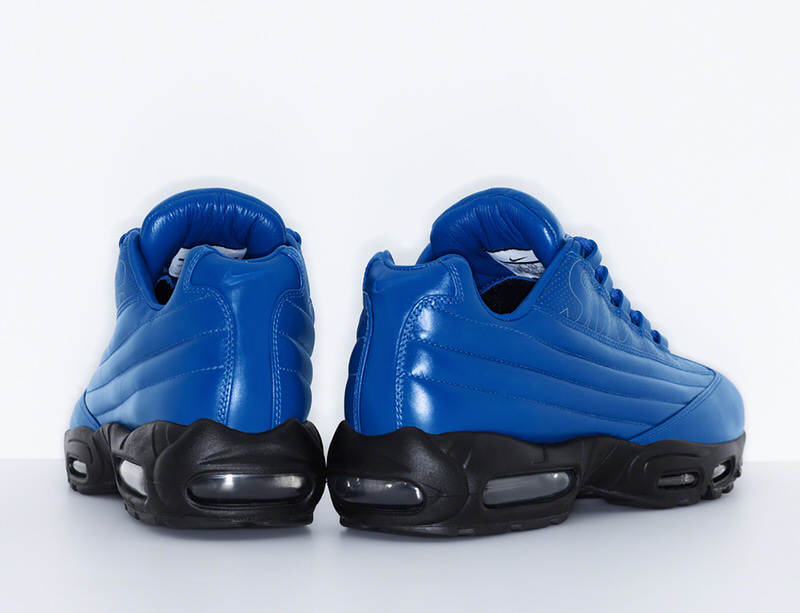 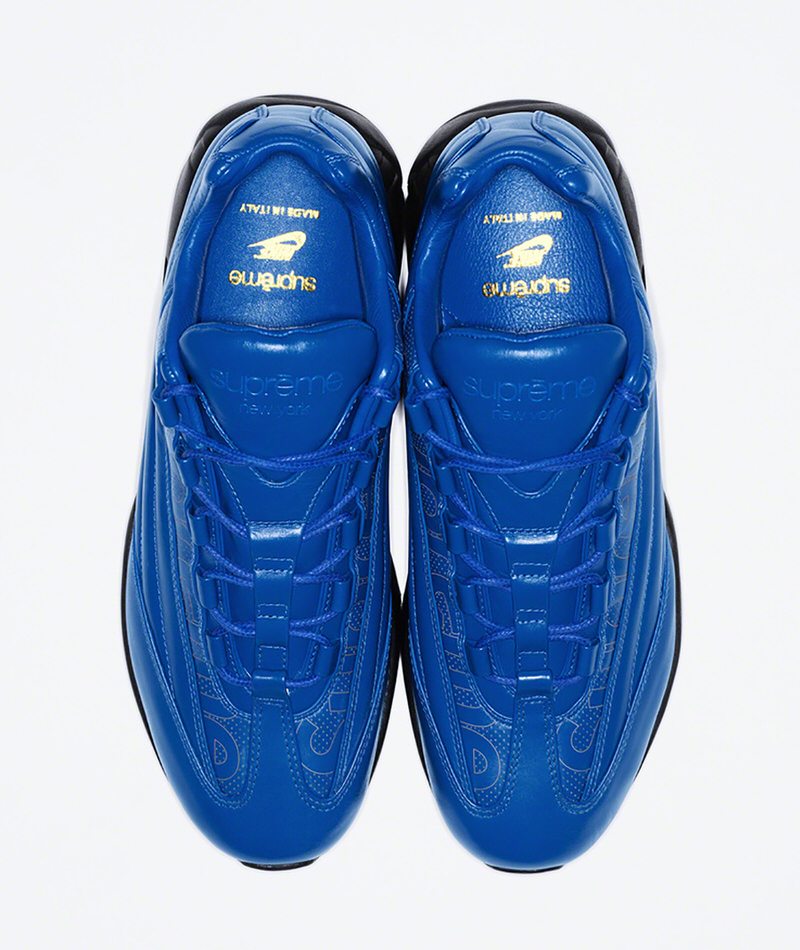 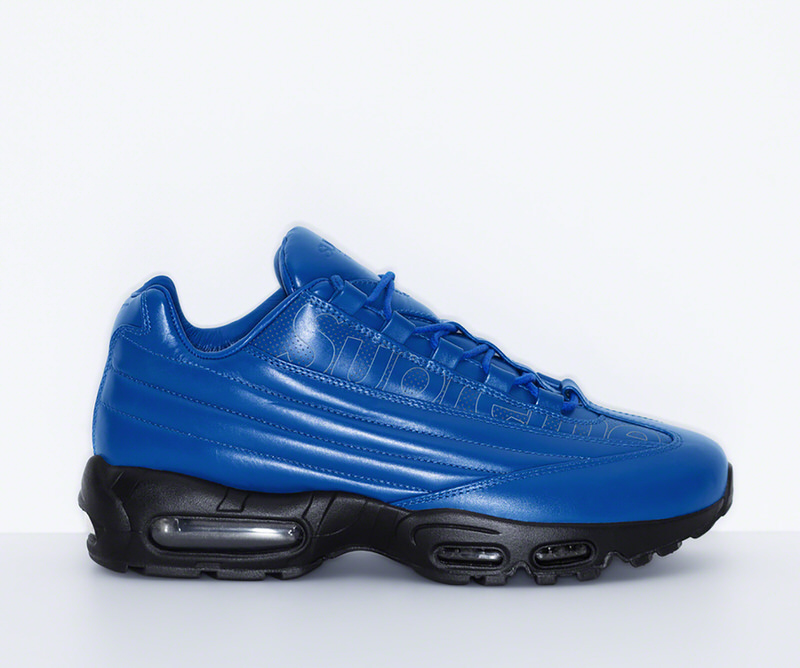 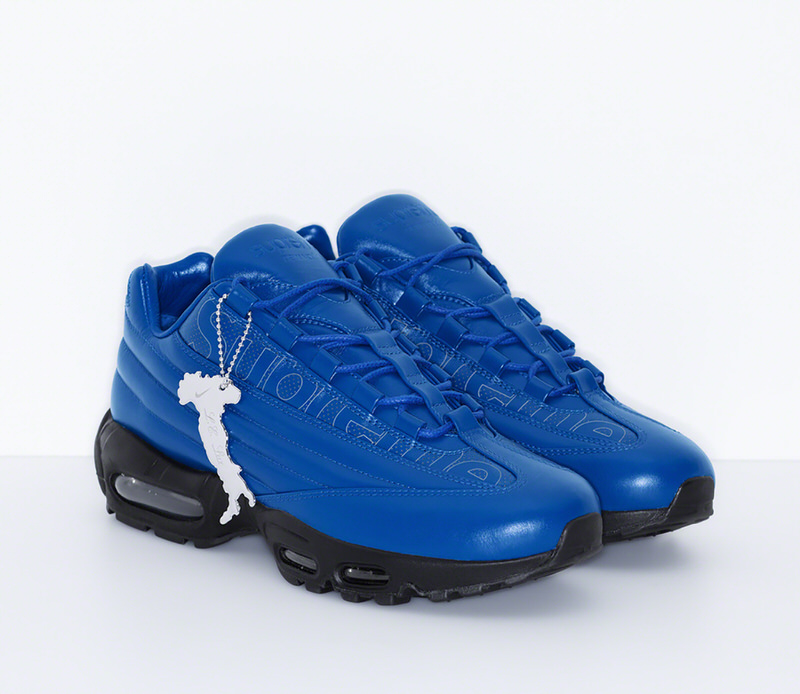 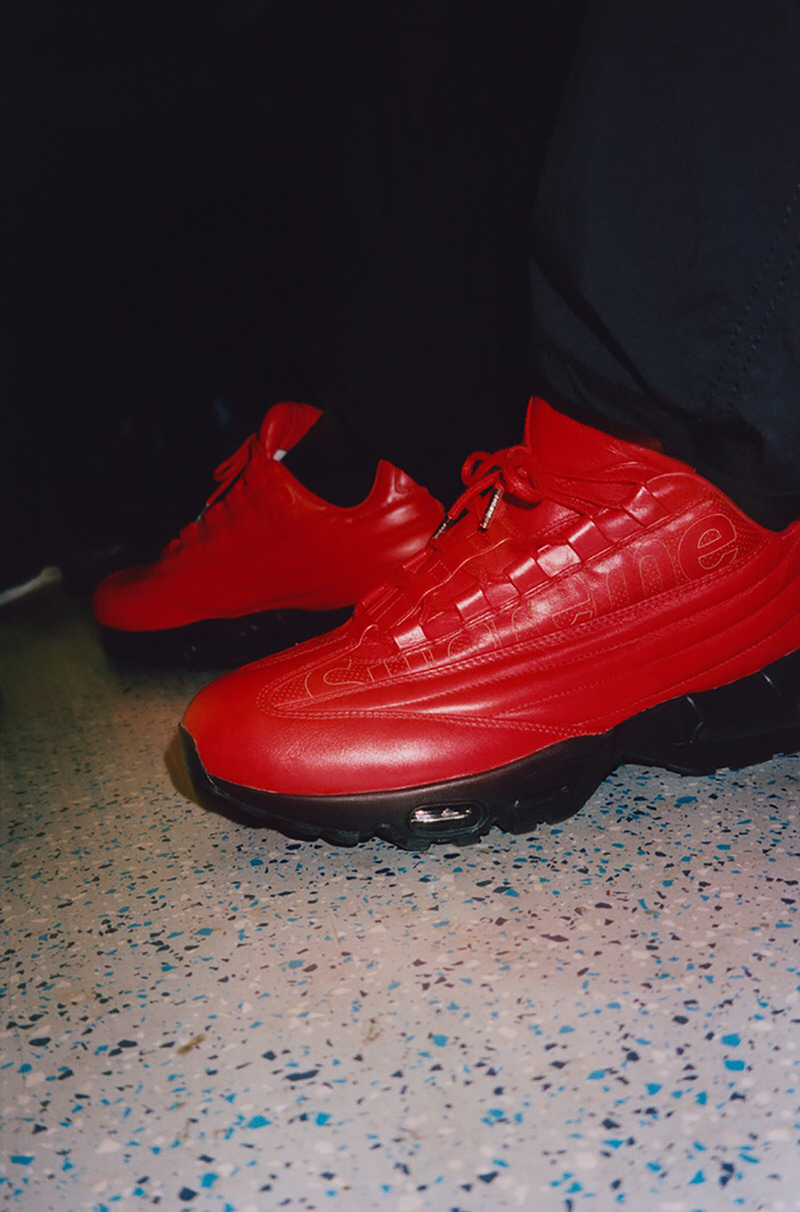 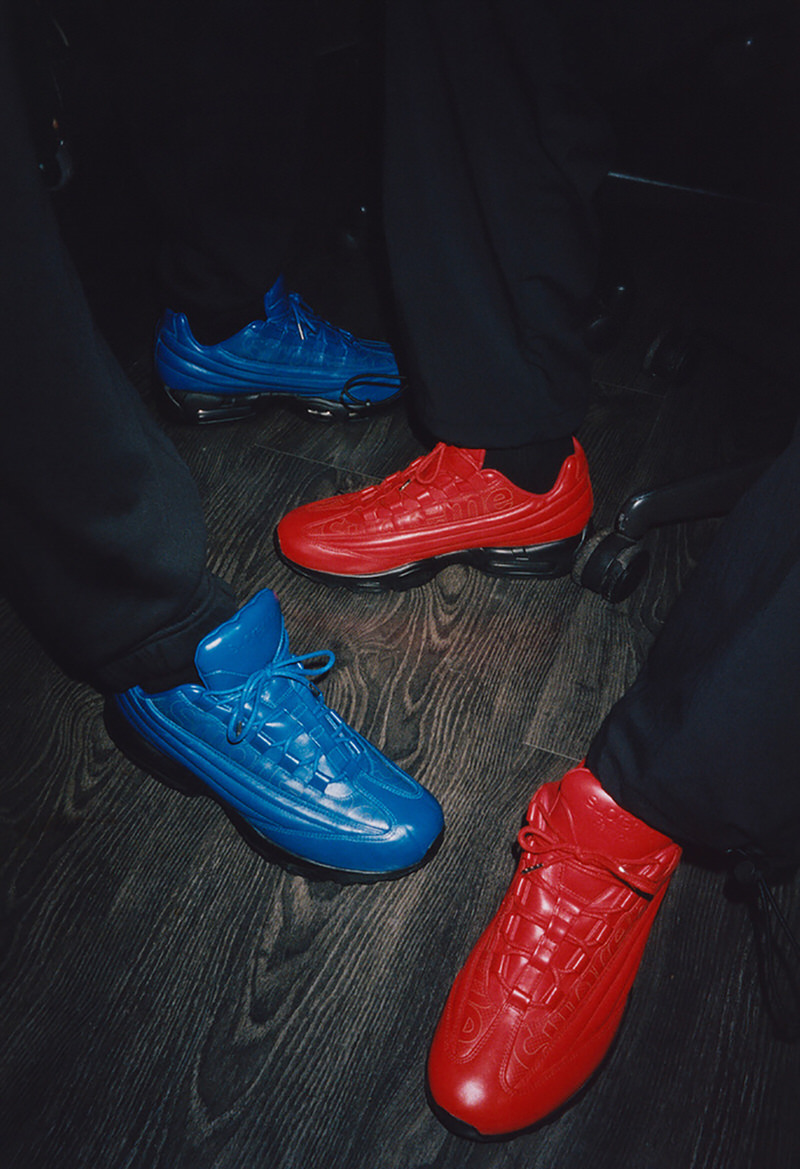 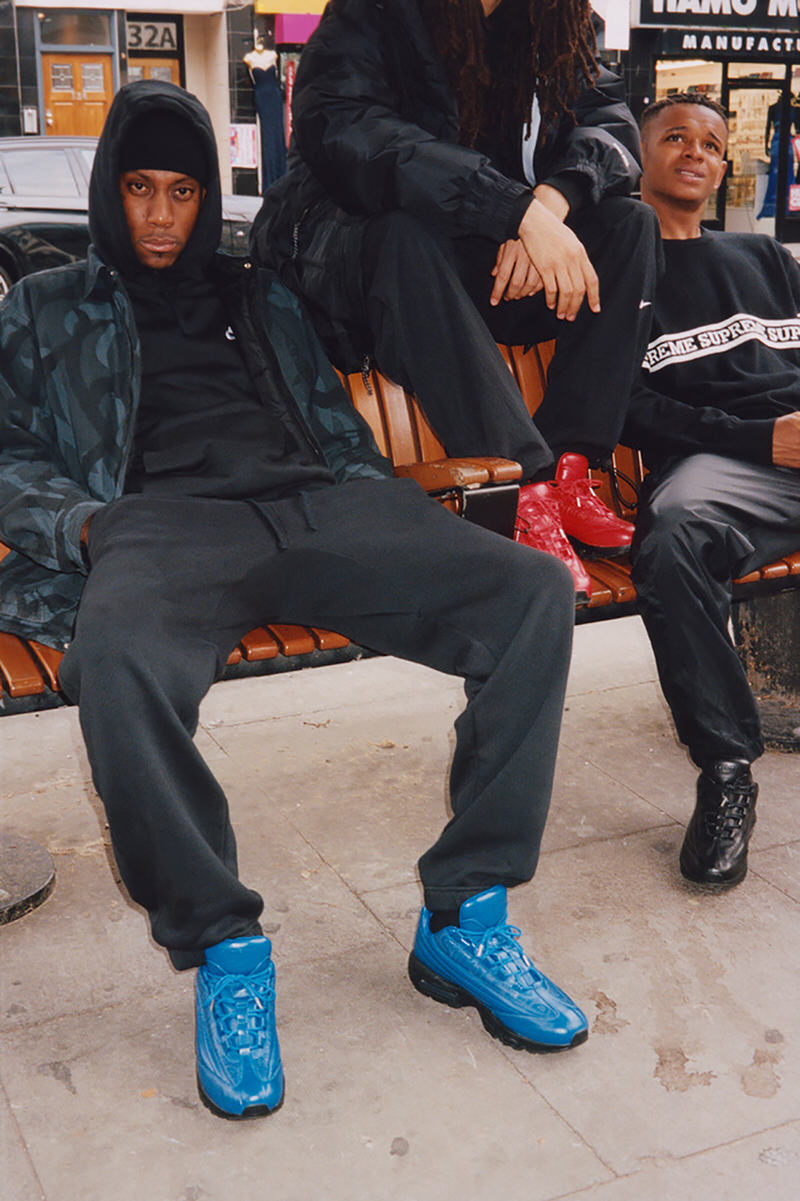 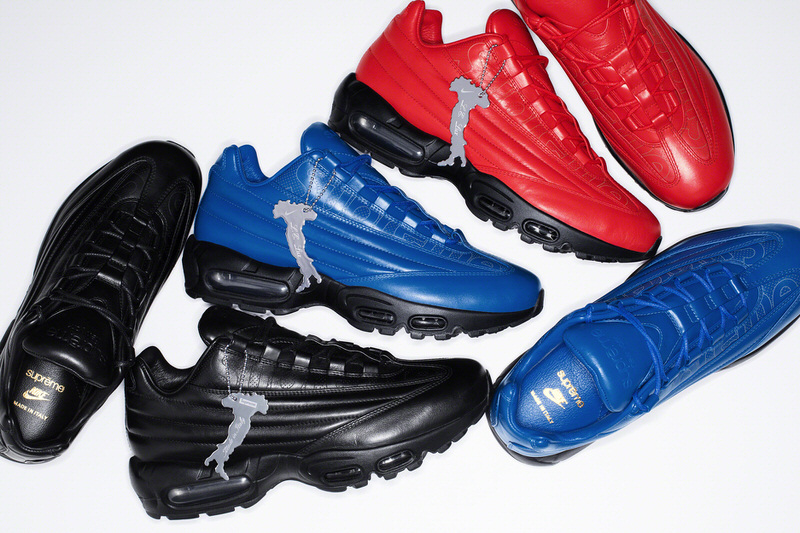 To see how celebs have styled Supreme x Nike collabs in the past, click here.