During a recent Instagram Live session with reporter Kay Adams, New Orleans Saints head coach Sean Payton revealed he signed with the Jordan Brand, thus becoming the first coach in history to have ever done so.

Payton, who frequently rocks Air Jordan 11 Lows while coaching, stated that he first met Michael Jordan when he was touring his new private golf course The Grove XXXIII in Hobe Sound during February’s recent Super Bowl Weekend. The meet up between the two, of course, led to a conversation about sneakers. “The first thing he said was, ‘you’re wearing Jordans on game day,'” Payton shared during the interview. “I’m going to make you my first Jordan Coach,” Jordan told him. Two weeks later he received an email from the Jordan Brand and the deal was set.

So far details surrounding Payton’s Jordan Brand deal have yet to be shared or confirmed by the brand, but keep it locked here to see what will come from the teamup. 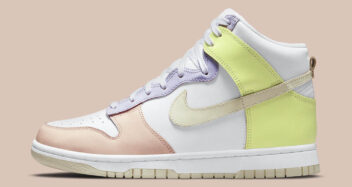