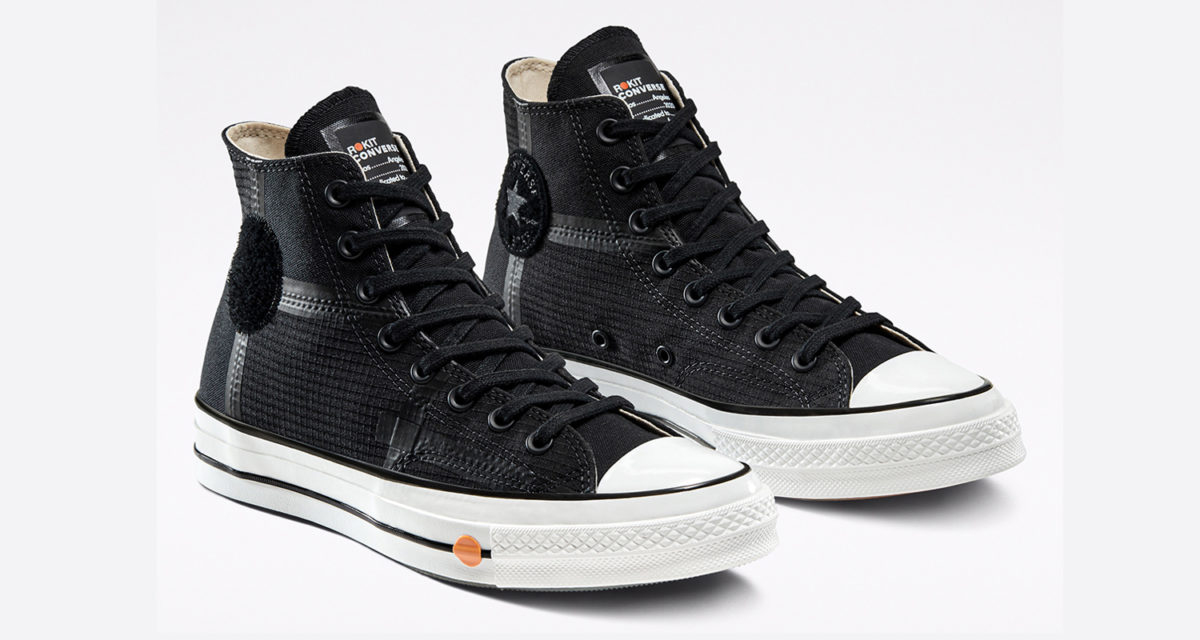 Having originally teamed up in 2018, ROKIT and Converse are once again joining forces on a pair of the latter’s signature Chuck 70. Dressed in a stealthy black outfit, the latest ROKIT x Converse Chuck 70 merges basketball and skate culture.

Elsewhere the signature All-Star logo’s usual white patch has been swapped for black fabric, blending well into the textured ripstop and canvas that make up the upper. Additionally, the black tonal fabric has been divided into quarters which represent asphalt and blacktop, similar to the streets of downtown Los Angeles, where ROKIT is based. This all sits atop a white midsole, while a hidden graphic can be seen on the outsole.

Look for the ROKIT x Converse Chuck 70 to release sometime this month at select retailers and Converse.com.